‘Recital’ by John Updike is a poetic tribute to Roger Bobo, an American tuba virtuoso and brass pedagogue. This poem captures the popularity of Bobo’s tuba playing skills. 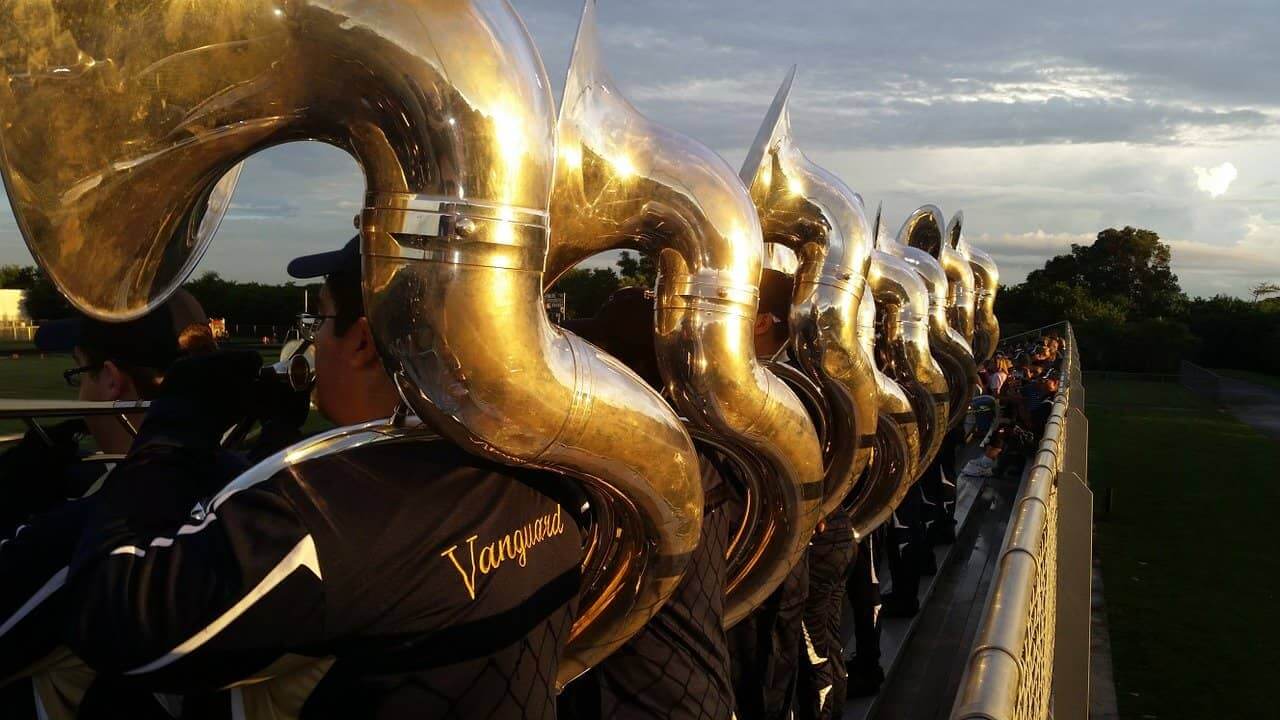 John Updike’s poem ‘Recital’ was first published in the June 10, 1961, issue of The New Yorker. Updike regularly contributed to this magazine from 1954. In this poem, Updike uses onomatopoeic words and puns to create an intricate rhyming resembling the tuba playing of Roger Bobo, one of the greatest American tuba players. This poem is written in praise of Bobo’s stellar recitals. Updike is simply amazed by his performances. The title of the poem is taken from a headline in the Times, “Roger Bobo Gives Recital on Tuba.”

In this poem, Updike uses lyrical words to maintain a dynamic flow that depicts the sharp, masterful “oompahs” of tuba. According to the speaker, everybody, regardless of their social status or their place of residence, appreciates Bobo’s mastery of tuba playing. One who listens to his recital instantly gets awestruck by his quick cascading tone. Bobo knows his art, and he is always confident of winning listeners’ hearts. That’s why, the speaker says with conviction, “Nobody can oompah on tuba like Roger Bubo.”

Starts to solo on the tuba.

In the first verse, the poet refers to two distant locations – Manitoba and Aruba – to show how people from all over the world “cock an ear” when Roger Bobo goes solo on tuba. The Eskimos, in the harsh winter of Manitoba, and people from Barracuda to Aruba become eager to listen to Bobo’s oompahs. It seems Bobo has the ability to connect with a wide range of audiences. Those who have not listened to him playing yet, also get attracted to his magnetic sound. He has such mastery at playing the instrument that everyone can resonate with. Besides, the speaker’s tone reflects his admiration for Bobo’s art.

Men of every station — Pooh-Bah,

Tably, there is simply nobo-

In the second stanza, the poet describes how people from different social statuses get stunned by Roger Bobo’s recital. According to the speaker, men of every station such as “Pooh-Bah” (a person holding several offices at the same time), “Nabob” (an Indian official or governor under the Mughal empire), “bozo” (an insignificant man), “toff” (a rich person), and “hobo” (a homeless person) cry out in awe after listening to Roger Bobo’s oompahs. They indubitably believe that none can play like him (Bobo). This statement similarly hints at the poet’s love and admiration for Bobo.

In the last two lines of this section, the poet splits the words “Indubitably” and “nobody” for the sake of the overall meter. This syllabic division also rings with the oompahs of tuba.

Dy who oompahs on the tubo,

The poem ends with rhyming a couplet. Its first line is connected with the last line of the previous section. In this section, the speaker says that none can play a tune on the tuba like Roger Bubo. He is confident of the fact that other tuba players who perform recitals can play like Bubo. Bobo has a unique style of playing the instrument. Apart from that, the lines end with a similar rhyme, “tubo” and “Bubo.” The poet changes the spelling of “tuba” to “tubo” and “Buba” to “Bubo” for the sake of rhyming with the words “hobo” and “nobo.”

Updike’s ‘Recital’ consists of a total of 10 lines, with four lines each in the first and second stanzas and two lines in the end. So, the poem contains two quatrains and a rhyming couplet at the end. The overall rhyme scheme of the poem is AABA ABCB BB. Alongside that, the poem is composed of iambic tetrameter. It means each line consists of four iambs such as “Es-ki/-mos in/ Ma-ni/-to-ba.” The rising rhythm (daa-dum) aptly resonates with the “oom-pahs” sound of the tuba. In this way, Updike creates a beautiful composition depicting a musician’s art of playing tuba through onomatopoeic words.

Updike’s ‘Recital’ showcases the use of the following literary devices.

John Updike’s ‘Recital’ was first published in the June 10, 1961 issue of The New Yorker. This poem is a tribute to the great American tuba virtuoso Roger Bobo. Bobo’s recital and ensemble discography are extensive. He gave the first tuba recital in the history of Carnegie Recital Hall. In this poem, Updike describes the popularity of Bobo across the globe and how his tune cannot ever be replicated or superseded by other artists.

John Updike was an American poet, short-story writer, critic, and novelist. He published a number of poetry collections throughout his career. His best-known collections include The Carpentered Hen (1958), Telephone Poles (1963), Midpoint (1969), etc. Updike was also a literary and art critic. He regularly wrote for The New Yorker from 1954 and The New York Review of Books.

What is the poem ‘Recital’ about?

This poem is written in appreciation of Roger Bobo’s tuba playing skills. The poet is an avid admirer of Bobo’s tune. In this poem, he describes how men of every station would be amazed at his recital.

Who is Roger Bobo?

Roger Bobo was a tuba player. He was active from the latter half of the 20th century to the 21st century. He retired in 2001 to devote himself to conducting and teaching his art entirely. He wrote the book “Mastering the Tuba.” Bobo is the subject of John Updike’s poem ‘Recital.’

What is the tone of ‘Recital’?

The tone of the poem is awe-stricken, appreciative, confident, and filled with the poet’s admiration for Roger Bobo.

What type of poem is ‘Recital’?

This lyrical poem contains an intricate rhyming pattern of AABA ABCB BB. It consists of two quatrains and a couplet. The poem is composed of iambic tetrameter.

What is the theme of ‘Recital’?

The main themes of the poem include the poet’s passion for Roger Bobo’s music and the uplifting tone of the tuba. This poem is about the popularity of Roger Bobo’s tuba playing skills. According to the poet, none can play like him. Those who listened to him unquestionably regard him as the most significant American tuba player of all time.

You can also explore these beautiful poems about music.