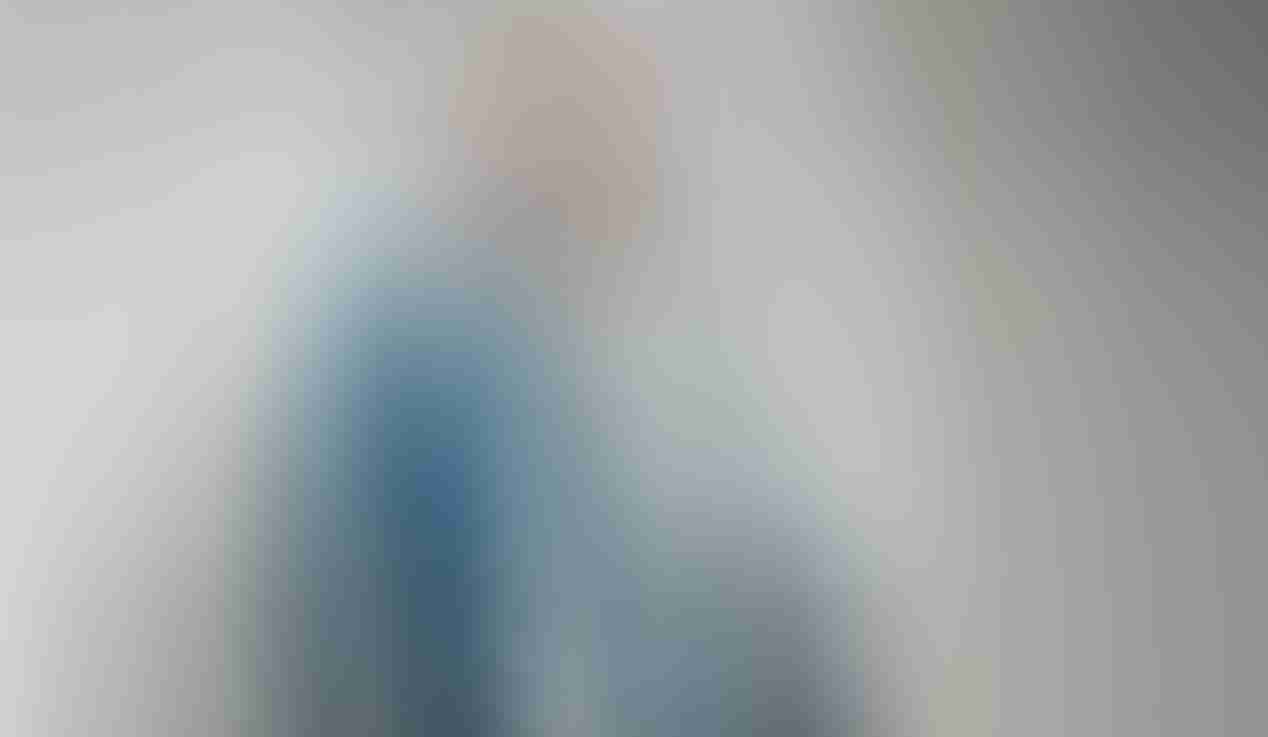 ‘San Sepolcro’ is an allusion to the Italian city by the same name where the Etruscan wall arts can be found. The poet Jorie Graham takes readers to the city of art and shows the superficial details of Piero della Francesca’s fresco painting Madonna del Parto. In this fresco, Francesca depicts the pregnant Virgin Mary. It can be found in the Museum of Monterchi, in the province of Arezzo. This piece is about the reflection of a speaker about the art and how she interprets it with the contemporary context.

‘San Sepolcro’ by Jorie Graham is an ekphrasis of Piero della Francesca’s Madonna del Parto or “Madonna of Parturition”.

The poem begins with a description of a speaker’s place. It is winter and blue, dim light is everywhere. She lives in central Italy where the Etruscan wall arts can be found. Her house is nearby. The poetic journey to the interior of the artworks begins from this place. She directly welcomes readers to participate in the process of reflection along with her. Her main focus is on the fresco of a girl created by the famous artist of San Sepolcro, Piero della Francesca. It is a reference to the fresco of Madonna del Parto. Graham describes how the motif of the art unbuttons her mind and helps her to see through it.

In this blue light

Jorie Graham’s ‘San Sepolcro’ begins in a welcoming manner. The speaker of the poem describes how she would take readers to a cold world that is filled with blue, dim light. The term “blue light” also sets a calm and peaceful mood at the very beginning. It seems the speaker is welcoming readers to look through her mind.

Through the expression “a world of bone”, the speaker hints at her internal world, probably her soul. It is guarded by bones, symbolically portraying physicality. This is the house where the real self dwells. So, through the first stanza, the poet clarifies that this ekphrastic poem is not solely about the art rather it is about the impression it has on a speaker’s mind. Thus, it is an impressionist poem.

my section of Etruscan

From this stanza, Graham’s speaker starts describing her external world. She introduces the ancient Etruscan wall paintings to the readers. Her house is situated near the site from where she can easily go looking for these paintings.

Etruscan civilization was fostered in central Italy between the 10th and 1st centuries BC. The Etruscan people decorated the walls of tombs with frescos. Graham’s speaker hints at these wall frescos in “my section of Etruscan/ wall”. Her preoccupation with death is revealed by the term “my section” as these frescos are generally found in tomb walls.

There are lemon trees in her neighbor’s garden and an airplane factory below the lower church. This imagery fuses the worldly elements with the religious ones. It is a modern depiction of a world where art, religion, and science foster together. The last line is connected with the following stanza by the use of enjambment.

crows all day from mist

In this section, the poet depicts the natural ambiance of San Sepolcro, an Italian town. Through the title, she not only hints at the artwork but also the city itself. Her speaker has a deep relationship with this town.

She describes how a rooster crows all day from the mist. By using auditory imagery, Graham hints at the sound of the rooster that can only be heard. None can guess where it is coming from due to the thick cover of mist.

It seems the speaker is none other than an ancient figure of Etruscan civilization. When the poet reflects on the wall paintings, she can hear a voice speaking directly from the grave. She records what this voice finds interesting in the outside world in this poem.

The snowfall outside is described as “milk on the air”. Here, “milk” is a metaphor for snow. In the following lines, the poet presents visual imagery of the ice on the oily skin of lemons. The serene beauty of nature has a cleansing effect on her mind.

holy grave. It is this girl

In the first line of this section, the speaker compares her clean and calm mind to a holy grave. Here, the “holy grave” is a symbol of purity and peace. Besides, her mind is portrayed as a grave that is cold from inside.

Then the poet quickly shifts from the imagery of the wall frescos of Etruscan people to the fresco of Piero della Francesca. It is a painting of a girl unbuttoning her blue dress. From the description of the image, it can be inferred that Graham is alluding to Francesca’s Madonna del Parto.

It is an iconic depiction of the Virgin Mary shown as pregnant. This fresco can be found in the Museum of Monterchi. Francesca’s Madonna is portrayed in a blue dress, with a hand against her side to support her belly. Two angels hold open the curtains.

By looking at the image from the speaker’s perspective, it seems the lady is opening part of her dress to show her belly. Her dress is portrayed as a “mantle of weather”. She is about to go into labor.

In the fifth stanza of ‘San Sepolcro,’ the speaker welcomes readers to the inside of the fresco. She actually tells readers to stop focusing on external details of the art. It would be better if they investigate the emotions of the main figure. They have to understand the hint that Madonna is giving. She is opening her mind up to the onlookers by symbolically unleashing her dress. In the following line, the speaker hints at the fact this image belongs to the time before the birth of god.

At this hour of the day, none has risen to visit the museums where they can find these artworks. The assembly line is empty. The images of bodies and wings of angels are predominant in her mind. In this way, the poet shifts from the art and goes on detailing how it influences her mind.

and wings—to the open air

The sixth stanza contains a reference to the open-air market. People go to the markets to buy and sell products. In these lines, Graham hints at how consumerism infiltrates the pious world of art. People just want to go to the museums to see. They have no time to reflect on these paintings. That’s why the poet tells readers to “go in”. Here, “going in” means decoding the meaning of art.

She admits that it is a long and tedious way before one can wholly understand the meaning. The process of entering the world of art is time taking. In the next line, the poet takes readers again to Madonna’s image. It seems to her speaker that her dress keeps opening from an eternal world to her private world.

This “privacy” does not stand for her inner parts. Rather, it is a hint to her intimate thoughts that are far from the eternal qualities of the image. The speaker can find a tragedy inside the heart of Madonna. Hence, her face is dispirited and filled with monotony.

The moment when one looks at the painting is always like a “stillborn”. It does not bear the sign of life. The whole image comes to life when an observer goes deeper. As she progresses further as if she is unbuttoning the image, she finds a different world. It is an adventurous journey full of meanings not depicted in the actual image.

finding all of the stops.

In the last three lines, Graham describes what her speaker feels after going deep into the art. While unbuttoning the self, she finds it quite difficult to interpret the meaning. It feels like her nimble fingers are finding all the stops to quickly undone the process. By the term “nimble-fingered”, Graham points to the fingers of Madonna. It seems to her that she is finding the stop to button her robe. She does not want to continue this process of inward investigation. Something needs to be kept secret.

‘San Sepolcro’ is a free-verse lyric. It is an ekphrastic poem on a fresco by Francesca. Graham writes this poem from the perspective of a first-person speaker who probably represents the poet herself. She describes how the speaker appreciates the painting and interprets it. Unlike other ekphrastic poems, it does not delve deeper into the art but shows the impression of it on a speaker’s mind. The text consists of eight stanzas. Each stanza has six lines except the last one. The content of the stanza does not end on a conclusive note. Rather it contains an echo to the next stanza.

The poem ‘San Sepolcro’ was first published in Jorie Graham’s second poetry collection Erosion. It was published in 1983. The volume opens with this piece. In this poem, the poet alludes to the Italian town of Sansepolcro. It was founded in the 11th century. The town is the birthplace of famous Renaissance painter Piero della Francesca. His wall fresco Madonna del Parto is alluded to in the text. He finished this around 1460, in just seven days. Besides, this poem also hints at the wall frescos of the Etruscan people.

What is the poem ‘San Sepolcro’ about?

Jorie Graham’s poem ‘San Sepolcro’ is about a speaker’s mental impression after looking at Francesca’s Madonna. In the first few lines, she describes the town of Sansepolcro. Then she goes on to detail the image of Madonna and how it influences her mind.

When was ‘San Sepolcro’ published?

The poem was first published in Jorie Graham’s collection of poetry Erosion. It was published in 1983. The poem opens the volume. Later, it appears in Graham’s The Dream of Unified Field (1995).

What type of poem is ‘San Sepolcro’?

It is an ekphrastic poem about Piero della Francesca’s Madonna del Parto. This fresco depicts Virgin Mary in her pregnancy. The speaker of the poem describes Madonna’s dress and how she unbuttons it. It seems the image works as a motif of inward-looking for the speaker.

What is San Sepolcro?

Sansepolcro is a town in Italy. It was founded in the 11th century. The town is located in the Province of Arezzo. Several Renaissance painters such as Piero della Francesca, Raffaellino del Colle, Matteo di Giovanni, etc. were born in this town. In Graham’s poem, the speaker alludes to a fresco by Francesca.

What is the significance of Piero della Francesca’s Madonna in ‘San Sepolcro’?

In ‘San Sepolcro,’ Graham alludes to one of Piero della Francesca’s best-known frescos Madonna del Parto. The poet uses this image as a motif of inward-looking. In the fresco, Madonna is seen unbuttoning her dress over her belly to reveal it. The speaker shows it as a hint of self-reflection.