Joseph Brodsky was born in Leningrad in the Soviet Union in May of 1940. His family was Russian Jewish and they lived in a communal apartment. Brodsky’s father worked as a professional photographer in the Soviet Navy and his mother as an interpreter. The family was impoverished, a fact only made worse by their Jewish status.

Early Life in the Soviet Union

While Brodsky was a young man he and his parents lived through the Siege of Leningrad. They came close to starving to death and he would suffer from health problems for the rest of his life. As he aged he consistently came into contact with anti-Semitism, often from his own teachers. He left school when he was fifteen and attempted to enter into the School of Submariners but failed. From there he found work as a milling machine operator. 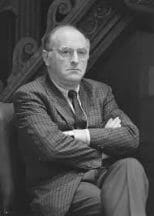 In an attempt to find a profession he tried working at the morgue in Kresty Prison. He intended to become a physician, at least for a time. These years also saw Brodsky focusing on his self-education. In order to read and translate the works of writers such as Czeslaw Milosz, Brodsky learned Polish. With the same intentions in mind, he learned English to translate John Donne. Through his educational pursuits, he developed an interest in philosophy, religion, and English and American poetry.

Brodsky was fifteen years old when he first began to write his own poetry and work on translations. Many of the writings were apolitical and were published anonymously in the journal Sintaksis. Within the next three years, his reputation was growing and he started to become known for two pieces in particular, ‘The Jewish Cemetery Near Leningrad” and ‘Pilgrims.’

In 1960 Brodsky met fellow poet, and leader of the silver age, Anna Akhmatova. She was optimistic about the work he was producing at the time and would later mentor him. She also helped him begin a relationship with the artist Marian Basmanova, a young painter. While the two were together one of Brodsky’s close friends denounced him to the police in order to get him out of the way and free up Basmanova for his own advances.

On top of his already known profile, Brodsky’s work was publicly denounced by a Leningrad newspaper. It was described as pornographic and anti-Soviet”.This led to the confiscation of his papers and his internment in a mental institution. He was eventually arrested and put on trial for social parasitism. This referred to his way of living and perceived non-contribution to Soviet society. He was sentenced to five years of hard labor and spent 18 months in the region of Archangelsk. Although the living was tough the months there were later described as some of his happiest. His sentence was commuted in 1965 after protests from the literary community.

That same year Brodsky returned to Leningrad and continued to write. The next years saw his translated into German, French and English. His volume, Verses and Poems was published in Washington in 1965. Two other works, Elegy to John Donne and Other Poems and A Stop in the Desert were published in the late 60s in New York. Although his work was gaining popularity outside of his home country, the Soviet authorities only allowed a few of his poems to appear during this period. Most were circulated in secret.

In 1967, Brodsky and Basmanova’s son Andrei was born. Basmanova was also threatened by the government, a fact which kept the two from marrying. Throughout his life, he wrote poetry dedicated to this relationship. In fact, the poem which is known as his last, ‘M.B.’ recalls the life he lived in Leningrad with Basmanova.

In the early 70s, Brodsky’s apartment was broken into and he was forcibly put on a plane to Austria. He never saw Basmanova again. He was only in Vienna for a short time before moving to America and becoming a poet in residence at the University of Michigan for a year.

Over the next decades, he became a visiting professor at both Columbia and Cambridge University. He was awarded an honorary degree of Doctor of Letters at Yale University in 1978. Two years later he received the MacArthur Foundation’s “genius” award then the Nobel Prize for Literary in 1987. Brodsky became Poet Laureate of the United States in 1991.

Joseph Brodsky died in January of 1996, at the age of 55, from a heart attack. He was buried in the Isola di San Michele cemetery in Venice, Italy. Today he is best known for the poetry collection, A Part of Speech, and volume of essays, Less Than One.