Letter to My Great, Great, Grandchild by J.P. Grasser

‘Letter to My Great, Great, Grandchild’ by J.P. Grasser is a powerful poem about the climate crisis. Throughout, the poet alludes to terrible planetary changes that occur in only a few generations. 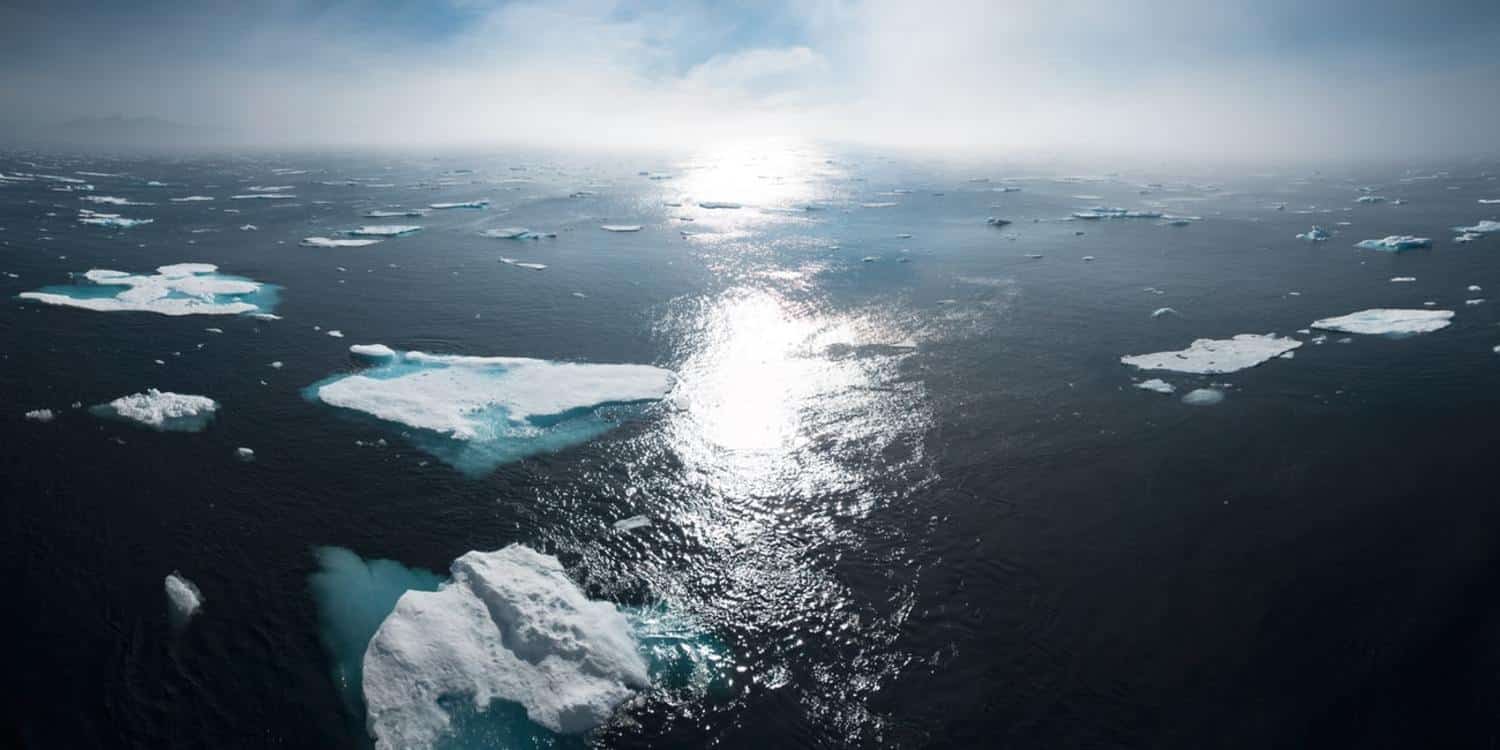 Throughout ‘Letter to My Great, Great, Grandchild, ’ readers can find a thoughtful approach to memories of the contemporary world. Taking the perspective of someone looking back on the past while speaking to their ancestor, Grasser acknowledges everything that went wrong in the world. Readers should also note the fact that this piece was inspired by another poem, ‘Letter to Someone Living Fifty Years from Now’ by Matthew Olzmann, which can be read here. Grasser indicated that ‘Letter to My Great, Great, Grandchild’ was written with his work in mind. Grasser’s poem won the Treehouse Climate Action Poem Prize.

‘Letter to My Great, Great, Grandchild’ by J.P. Grasser is a powerful poem about the climate crisis.

The poem is addressed to the speaker’s great, great grandchild, someone who lives in a very different world. In this future world, the speaker implies, there are no plants, dogs, pets, ice, coffee to waste, nor any extra resources. Rather than didactically stating these facts, the speaker takes the time to craft a multilayered denial of how “we” were in the past. But, through these denials, the truth about the “past” is only more obvious. Humankind did sit by and let the world fall apart. “We” did waste resources and value air conditioning more than air.

Throughout ‘Letter to My Great, Great, Grandchild,’ the poet engages with themes including the future, nature, and climate change. These three themes come together in a very original way. Rather than trying to teach the reader something about the world or convince them through violent and destructive images to change their behavior, the poet shows the changes that are going to come over the world simply. He also makes sure to place the blame on everyone. It’s not just the fossil fuel companies and car manufacturers who have caused this apocalyptic future. It’s also those who bought leather shoes, poured coffee out the car window, and made all the small concessions to their own materialism. Together, as a species, humanity was united in its disregard for the crisis at hand.

The poet addresses the past from the future in the poem. By doing so, he makes this future seem all the more terrifying. It is this world that contemporary readers have to try their best to avoid.

‘Letter to My Great, Great, Grandchild’ by J.P. Grasser is a twenty-four-line epistolary poem that is divided into couplets or sets of two lines. These lines do not follow a specific rhyme scheme or metrical pattern. They range in length and the number of syllables each line uses. But, that doesn’t mean they are complete without meter or rhyme. For example, at the ends of lines three and five, readers can find an example of a half-rhyme. This occurs when part of the word rhymes, such is the case with “stores” and “Rose.”

Grasser makes use of several literary devices in ‘Letter to My Great, Great, Grandchild.’ These include but are not limited to enjambment, alliteration, caesura, and repetition.

and Carpenter Bee used to depend on each other?

In the first lines of ‘Letter to My Great, Great, Grandchild’ by J.P. Grasser, the speaker begins by addressing “button,” a nickname the speaker uses for their great, great grandchild. It’s genderless, acknowledging that the speaker can’t see so far into the future to know what gender of grandchild they might have. This is not the main point of the poem. They have a more universal topic to address.

They start off strong, making several statements that are meant to capture the reader’s attention. This is a technique known as a “hook.” Readers should hear about the “pianos” and “elephants” and “air conditioning” and “air” and be drawn in. At first, it’s not clear what exactly the speaker is talking about, but as the lines progress and the title is taken into consideration, it’s obvious they’re addressing the climate crisis and what their great great grandchild will think of the past generations.

The speaker tries, half-heartedly, to convince the listener that “we” loved nature and cared for it. But, then juxtaposes those thoughts with others that make it clear that that’s not the case. “We,” they say, loved the smell of “unworn leather shoes,” a clear depiction of greed and disregard for nature.

These lines are followed up by a fact that appears, seemingly, out of nowhere. It’s something that alludes to the workings of the natural world as it used to be. The speaker attempts to entertain the listener with this interesting fact about the Sea Rose and Carpenter Bee. This is an example of mutualism that appears not to exist anymore. It’s so out of the normal for the listener that the speaker expects them to be entertained by it like it’s an otherworldly, fantasy story.

The petals only opened for the Middle C their wings

beat, so in the end, we protested with tuning forks.

to name them for our sweethearts. Believe it or not,

In the next few lines, the speaker uses vibrant images to depict the world as it used to be as well as how they think the young people of the future are going to see “us.” There is an allusion to the big and little dipper in the ninth line, and the idea of “thirst” as the speaker continues to dismiss what judgments might be passed. “We didn’t” hate needs and wants. We fulfilled them with materialism and worthless purchases, like buying stars and naming them “for our sweethearts.” Against the backdrop of the climate crisis, this frivolous use of money is especially striking. It also suggests the very human impulse to try to control that which is uncontrollable and to take dominion over forces that are untouchable, like stars.

most people kept plants like pets and hired kids

like you to water them, whenever they went away.

who ate venison and golden yams from a plastic dish.

The next lines are meant to bring outrageous images to the young listener’s mind. People had plants in their homes and ice, too. These are all things that the speaker implies don’t exist anymore. There are no more “plants like pets” and coffee to dump out at traffic lights. These simple acts that don’t seem like world-destroying actions are impossible to imagine in the future.

Through these lines, the poet is hoping to draw the reader’s attention to just how much the world is going to change if we continue on the path that we are on. The climate is going to continue to shift. Eventually, the human need to waste that which the world has given us is going to hit a wall, and there will be no more ice, coffee, or real dogs that ate better than most people do.

He was stubborn, but I taught him to dance and play

dead with a bucket full of chicken livers. And we danced

just to drive, to clear our heads of everything but wind.

In the final six lines of the poem, the speaker continues to talk about their dog. These lines are meant to emphasize, again, the frivolous ways that people spent their time. They wasted food, “a bucket full of chicken livers,” and spent time teaching their pets to dance and play.

In the same way, the speaker brings the poem back around to the human actions and how “we” ignored the world falling apart. We continued to dance, as the dog did, at happy and sad occasions, even “when the war was on.” The poem ends with a final image, one that is likely to resonant with most readers. Sometimes, they say, “we drove…to clear our heads of everything but wind.”

This works in several different ways. First, it brings in cars, one of the primary drivers of the climate crisis. It also reemphasizes the waste of time and seemingly willful destruction of the natural world that the “past” generations engaged in. It presents an image of humankind with nothing but “wind” in their heads. This suggests that we were happy to ignore what was going on around us and didn’t have the capacity to stop ourselves and change it.

Readers who enjoyed ‘Letter to My Great, Great, Grandchild’ should also consider reading some related poems. For example: