‘Australia 1970’ by Judith Wright speaks on the changing landscape of Australia in the 1970s. It promotes a version of Australia that is fierce, wild, and dangerous just like the animals that have always lived within its boundaries. 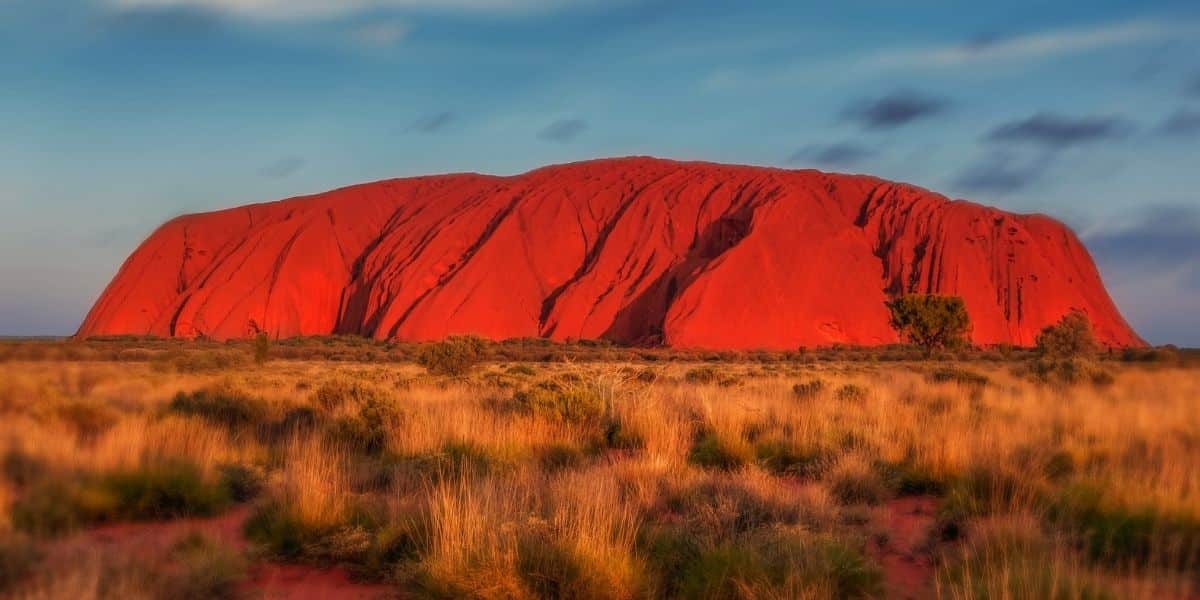 The piece was inspired by the poet’s work as an environmentalist and her love for her homeland. Wright is well-remembered for her early environmental poems that celebrated Australia and sought to expose the ways that the country was being degraded by industrialism.

‘Australia 1970’ by Judith Wright is a powerful poem about Australia’s wild soul and its future.

The poem advocates for the continuation of a truly wild and dangerous version of Australia that Judith Wright knows and loves. Throughout the piece, she asks Australia to fight back against the human conquerors, or those seeking to industrialize its most wild places and remain fierce and dangerous until the day the country finally dies.

The main theme of this poem is nature, specifically the nature found in Australia. Through unusual language, the poet celebrates Australia’s history and landscape while expressing the speaker’s hope that the country remains just as wild and dangerous as it always has been.

The tone is angry, bordering on furious. With passionate language, Judith Wright asserts that the true soul of Australia rests in its wild landscapes and fierce animals that spend their whole lives struggling for survival and never give in without truly striking fear into their opponent. Wright is horrified by the changes she’s seen come over the Australian landscape and uses these lines to promote an Australia free from human conquerors.

‘Australia 1970’ by Judith Wright is a six-stanza poem that is divided into sets of four lines, known as quatrains. These quatrains are somewhat scattered in the rhymes they use. In most, lines three and four rhyme but in others, like stanza two sees lines two and four rhyme instead with “gain” and “pain.”

dangerous till the last breath’s gone,

cursing your captor through a raging eye.

In the first stanza of the poem, the speaker begins by passionately declaring her hope that her country dies “like the eaglehawk.” While it may not seem like it at first, the speaker loves her country and wants the best for it. She wants her country to be a wild place and to live as vibrantly as the many creatures that inhabit its landscapes. These are only the first of many similes the poet uses in this six-stanza poem.

She hopes Australia fights till the country’s last breath is gone, and until then, always remains dangerous. She compares this metaphorical death to someone who dies cursing their captor in the eye, unwilling to concede to another’s demands.

In the second stanza, the speaker uses several more similes to define how she hopes the future for Australia as a country plays out. She wants the country to remain as deadly, unpredictable, and powerful as a tigersnake. So much so, that if Australia was a person, they’d strike fear into a killer’s dreams and fill their mind with it (as one might be plagued with thoughts of suicide).

She continues on her powerful series of metaphors, asking Australia to remain a “wild country” and to “Suffer” as the ironwood does, a type of plant, as it is run down by the “dozer-blade.”

It’s here that readers begin to encounter the first few allusions to the poet’s contemporary moment. She is speaking out against the progressive de-wilding of Australia and the various industrial practices that are degrading the natural environment.

When the speaker looks around her, she says the “living soil” of the country ebbing with the tree as it’s torn down. Soon, she sees her country falling into a biodiverse “poverty” and losing all of the fighting strength she loves about it.

She returns to using “Die” at the beginning of the first line in stanza four (an example of anaphora). She asks that the country remain wild and free as a “soldier-ant” who is “faithful” to its cause. Even though the country is corrupted and tortured by human beings, she hopes that it will “stay obstinate” in the way it behaves (one of the strongest examples of personification in the poem) and stay blind to everything that’s changed.

As long as it can maintain its wild nature, she hopes the Australia she loves will live forever.

For we are conquerors and self-poisoners

even while you die of us.

The speaker declares that human beings are the “conquerors and self poisoners.” The actions that “we” take are only to our own detriment. What we do will eventually lead to our own demise, the speaker suggests. We are “dying of the venoms that we make” while we also kill the country that supports us.

I praise the scoring drought, the flying dust,

that we are ruined by the thing we kill.

In the final stanza of the poem, the speaker praises everything about Australia that makes it wild, seemingly uninhabitable, and dangerous. She praises the “scoring drought, the flying dust” and the “furious animal” in that each of these natural elements has yet to concede to human conquerors. She prays that all the things that can “ruin” human beings despite our attempts to “kill” the wild parts of the country.

The purpose is to advocate for the conservation of wild places in Australia. Wright saw the country being steadily de-wilded by industrialization, and this poem promotes the true, wild heart of Australia to fight back and not die without a true struggle.

Why does Wright ask Australia to die?

Wright asks Australia to die in a certain way because she loves her country. She knows that human “conquerors” are doing everything they can to remove the heart of Australia. That is its wildness and ferocity. She hopes that her country will fight to the death with the same ferocity that many of its native animals would show.

What is Judith Wright known for?

She is remembered as one of Australia’s most important contemporary poets. She was an early conservationist and environmentalist who imbued the meaning of her best poems with love for her country and its wild environments.

The poem is about Australia in the 1970s and what Wright saw as its soul degrading through the increased industrialization of wild places. Animals were going extinct or were being driven from their homes, and the country as a whole was being tamed.

The tone is furious and passionate. The speaker is horrified by what’s been happening to her country and uses words like “cursing” and “clawing” to describe how she wants the landscapes to fight back.

Readers who enjoyed this poem should also consider reading some other Judith Wright poems. For example: