Kenneth Slessor’s ‘Sleep’ describes how an infant is born in the womb of a woman. This poem describes the journey of life from inanition to entity. 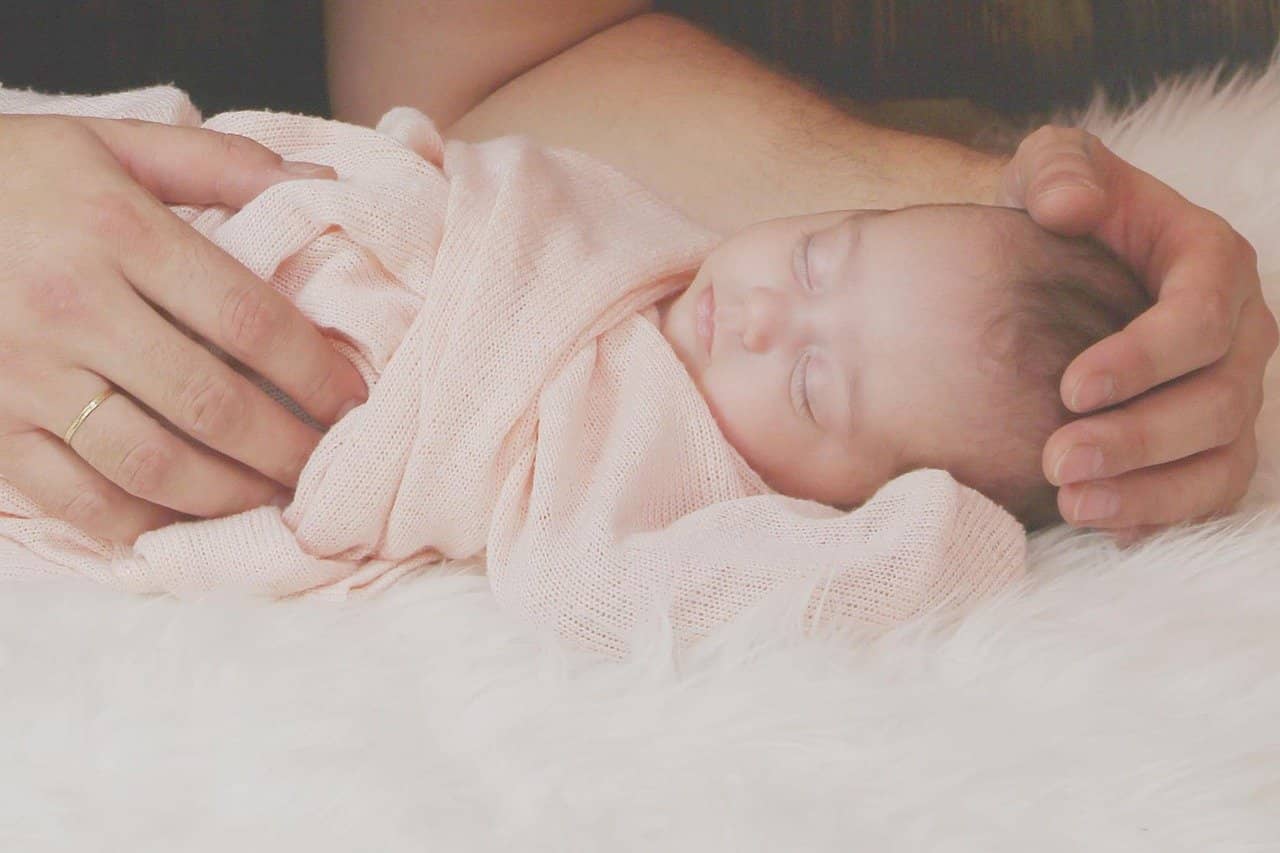 ‘Sleep’ is written by the famous Australian poet Kenneth Slessor. This poem features the first instance when a simple cell develops into an infant. The following stages after its first inception are described vividly in this poem. Slessor’s perspective is different from the conventional idea of childbirth. The poet finds fulfillment in the child’s development inside a woman’s “huge cave”. While it’s ready to see the first light, the infant is detached from the woman’s body. Slessor describes it as a “betrayal of harsh birth”.

‘Sleep’ by Kenneth Slessor provides a vivid description of how life is formed within a woman, its development, and the pathetic detachment from the woman’s womb.

This poem begins with a conversation between a woman and her newly-formed embryo. Slessor’s speaker is a woman who talks with her unborn baby right after she is impregnated with it. She asks some thoughtful questions to herself. Using the image of a river merging into the sea, Slessor describes the journey of the cell to her womb.

Slowly it develops in her body and creates an attachment that is felt, not seen. This unseen relationship is cut short due to some reasons that the speaker does not explicitly state. From the harsh undertone of the overall poem, it seems that the poet hinting at abortion.

This poem incorporates several important themes such as childbirth, motherhood, abortion, and development of life. The major theme of this piece is described by the first few lines of the poem. It is clear that the speaker is describing the development of a single cell into a body. Thus a new life is formed within her body with which she creates more than a biological relationship. By presenting this theme, Slessor shows the pure relationship of a would-be mother and her child. The theme of motherhood is another important theme of this piece. The last few lines tap on the themes of childbirth and the harsh reality of abortion.

The poem ‘Sleep’ consists of four stanzas. Each stanza contains five lines except the second stanzas. It contains six lines. Some parts of the poem contain a regular rhyming scheme. There are a few slant rhymes as well. In the third stanza, readers can find such rhyme in the first two lines. Apart from that, the poem does not contain a set metrical pattern. There are both the iambic and the trochaic meter in it. Such a mixed-use of meter creates a rising and falling rhythm simultaneously. This scheme is consonant with the mood of the lines.

The poem begins with a rhetorical question. It starts from the very first line and continues to the fourth line. In between the question, Slessor uses an antithesis and a simile as well. The repetition of the words in this section is meant for the sake of emphasis. There is also alliteration in this section. It can be found in “blindly or bitterly”.

The second stanza contains a metaphor in the usage of the word “estuary”. In the following lines, readers can find irony. For example, the line “Carry you and ferry you to burial mysteriously”. The undertone of this line hints at the harsh reality of abortion. Slessor uses innuendo to lessen the effect of this bitter idea.

Do you give yourself to me utterly,

Kenneth Slessor’s ‘Sleep’ begins with a thought-provoking question, “Do you give yourself to me utterly?” It is not clear who is the “you” and “me” in this sentence. After reading the whole poem, it will become clear that the one who is referenced as “you” is an unborn baby. The speaker is none other than the would-be mother of the child.

At first hand, it appears that the title of the poem slightly digresses from the main topic. Whatsoever, it helps readers to understand the overall idea. In the title, the word “sleep” probably acts as a symbol of death. There is also a possibility that Slessor is referring to the unborn child sleeping inside the womb.

In this stanza, the speaker is in a dilemma concerning whether the life formed inside her is totally hers or not. She refers to it as a “fugitive” metaphorically. But, the fourth and fifth lines make it clear. Like a relationship between a child and its mother, the unborn baby is utterly devoted to the speaker.

It is important to mention here that in the second line, Slessor presents two contrasting ideas. One is “body” and “no-body”. Another is “flesh” and “no-flesh”. The speaker of this poem is confused about the connection between the baby and herself.

Then I shall bear you down my estuary,

The second stanza begins with an image of an estuary. It is a reference to the lady parts. Biologically, sperm travels from that metaphorical estuary and forms a zygote inside a woman’s body. Then it travels further to the womb and attaches itself to the wall of the uterus.

Slessor describes this process with the imagery of a ferry carrying a passenger. Here, the speaker is compared to a helmsman. Another interesting term is used in this section. It is “burial”. The speaker says she leads the embryo to a mysterious burial. Like a person is buried after death, the cell is metaphorically buried inside her body. Besides, this term hints at the dark side of the story.

The speaker talks about receiving the cell inside her. She describes it as consuming and engulfing it into the “huge cave” of her belly. The amniotic fluid is compared to “huge waves”. She says that she loves her baby with the waves. It is known that while a baby is in development the fluid nourishes it. So, here the fluid acts as a symbol of a mother’s love.

And you shall cling and clamber there

Delve in my flesh, dissolved and bedded,

In the third stanza, Slessor’s speaker describes how the baby clings to the placental wall and clamber in the “dumb chamber”. It is a metaphor for the uterus. A baby cannot see or hear anything clearly there. That’s why it appears to the speaker as a soundless chamber. The baby takes a long slumber in the womb.

In the following line, readers can find repetitions of the word “beat” and the consonant sound “h”. The next line also contains an alliteration of sounds that create an internal rhyme. In these lines, the speaker imagines that the baby can hear her heartbeat and the movement of her heart. As it cannot see, it feels the beat as well as her bones’ movement.

The speaker urges the baby to delve into her flesh to seek nourishment. While the placenta attaches to the inner wall of the uterus, it makes her feel that life is dissolving into herself. It creates a sense of oneness.

Through viewless valves embodied so –

Pangs and betrayal of harsh birth.

The last stanza of ‘Sleep’ makes it clear why Slessor has used this title. In this section, the speaker says that the baby is embodied in her body through “viewless valves” until it is ready to come outside. The word “daylight” metaphorically hints at childbirth. Furthermore, it is expulsion and awakening for the baby. It rives forth to come outside. At the opening gate, awaits life with its “remorseless forceps” to make way for it.

The fourth line “Life with remorseless forceps beckoning” changes the mood of the poem. Slessor using a personal metaphor presents forceps as a remorseless weapon used for killing lives. But why does he use this term to mark the event of childbirth? It gives a hint to the readers that the baby is unwelcome. That’s why the speaker in the very first line asks, “Do you give yourself to me utterly?”

The last line makes it more clear that this poem is about abortion and its emotional impact on a would-be mother. In this line, the phrase, “betrayal of harsh birth” clarifies that the speaker feels deceived. She conceived the baby inside her. Now, she is feeling betrayed. Once she thought that the baby was utterly hers. But, it is a mere deception. It does not matter whether she wants to have the baby or not. Ultimately, someone is there to make a decision.

Kenneth Adolphe Slessor one of the best-known poets of Australia. Slessor was an Australian poet and journalist. He was born on 27 March 1901. The bulk of Kenneth Slessor’s poems was written before the end of the Second World War. His major poetry collection “One Hundred Poems” was published in 1944. After that, he published only three short poems. He was appointed an Officer of the OBE for his contribution to Australian literature in the 1959 New Year Honours. An Australian prize for poetry is also named after Slessor.

What is ‘Sleep’ by Kenneth Slessor about?

This poem is about the feelings of a woman during her pregnancy, her love for the infant, and last but not least, the separation of the baby from the speaker.

What type of poem is ‘Sleep’?

‘Sleep’ is a lyric poem and it is told from the perspective of the first-person point of view. Besides, it is also an example of a dramatic monologue in which the speaker talks with her unborn baby sleeping within her womb.

What is the theme of Slessor’s ‘Sleep’?

The main theme of this poem is motherhood and pregnancy. Slessor describes how a mother feels after being impregnated.

What is the tone of ‘Sleep’?

Throughout this piece, the tone is emotive, thoughtful, introspective, and agonizing. The speaker describes how she feels during her pregnancy.

What does the line “Pangs and betrayal of harsh birth” mean?

This line contains an interesting idea. It describes the first stage of separation between a mother and her child. When a baby inside her mother’s womb, it is utterly hers. Right after her birth, the distance between them gradually increases as she develops several relationships on the way. It is a betrayal for the speaker as she is the one who has suffered the pangs of childbirth.

Here is a list of a few poems that showcase similar themes present in Kenneth Slessor’s poem ‘Sleep’:

You can also read about the best motherhood poems and these raw anxiety poems.