Daybreak in Alabama by Langston Hughes

Music is a powerful tool to bring harmony even in the cacophonic world, filled with inequality, injustice, and racial discrimination. In ‘Daybreak in Alabama,’ Langston Hughes tries to create a harmonious world by creating music of equality and brotherhood. 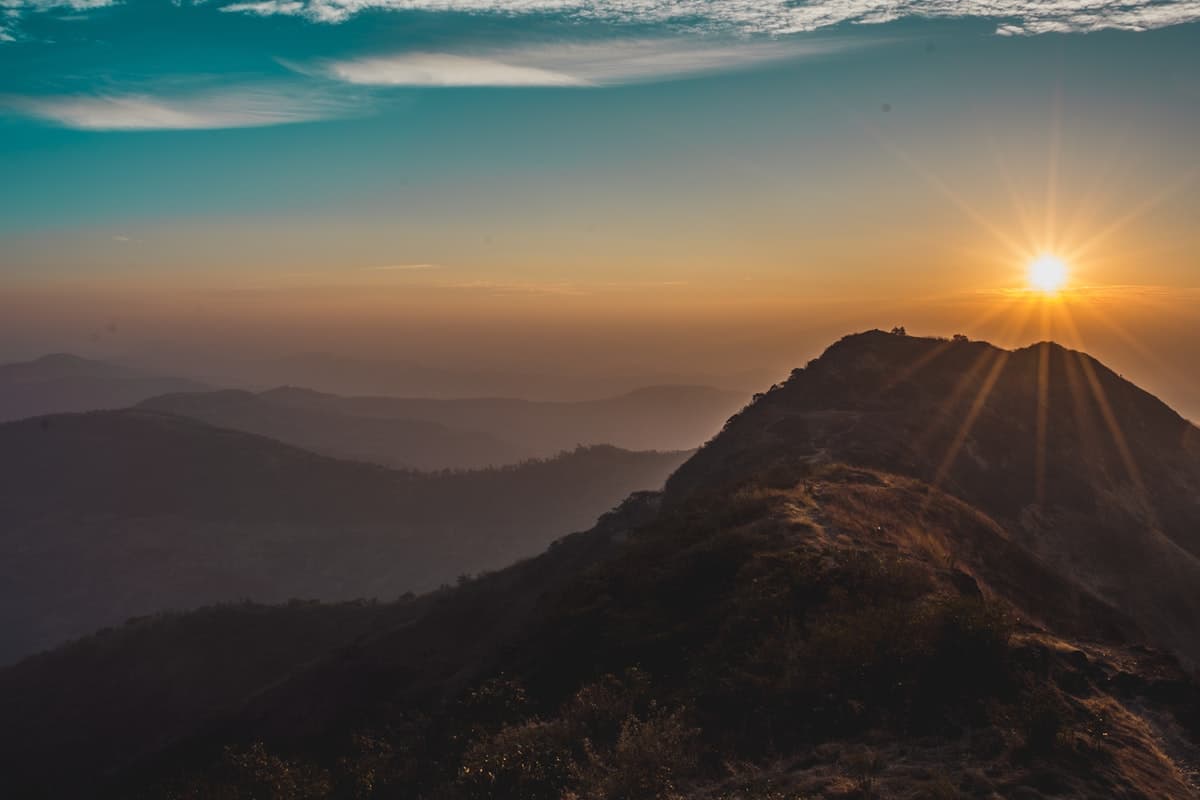 Langston Hughes’s ‘Daybreak in Alabama’ is about harmony in music. It has the power to untangle the problems and solve all the difficulties that burden the mind. Hughes’ speaker of this piece particularly talks about this idea. He tries to compose a verse that gives shelter to people of all colors. Not only colored people are there, but there is also a place for even the whites. The lyricist seeks a single quality from his characters. They have to be kind to one another in order to see the new daybreak of humanity.

‘Daybreak in Alabama’ by Langston Hughes describes how the poet will compose some music that consists of equality, brotherhood, and mutual love.

This poem begins with a simple wish of Hughes’ speaker. He wants to create a piece that is metaphorically about the daybreak in Alabama. In the first few lines, Hughes describes this song as a representation of nature itself. The song rises out like swamp mist and falls from heaven like dew. It contains the faces and hands of colored people. Not only that, the white people have a place in the poet’s song. He wishes everyone to be kind to others. In this way, it will eventuate the new dawn in Alabama.

The title of this piece ‘Daybreak in Alabama’ has significance in respect to the overall idea of the poem. The “daybreak” is a stock symbol of a new beginning or hope. Whereas Alabama is considered as the place where Civil Rights Movements flourished. The poet tries to emphasize the importance of this American state in the future development of civil rights movements all over the world. The place brought hope to those who were either oppressed due to their hue or tortured for their racial status. So, the daybreak in Alabama is not only a new beginning to this place only. It brings rays of hope to the regions where racial inequality and injustice still exist.

The poem is written in the free-verse form that does not contain a specific structure. It consists of an irregular rhyming pattern along with non-metrical lines. Hughes uses slant rhymes in several instances. Besides, there are some internal rhymings that bring harmony between the lines. Even though the poem is written in a specific meter the lines are mostly in the iambic meter. It means the second syllable of each foot is stressed while the previous one is unstressed. The length of each line is not regular. Some lines are comparably shorter than the neighboring lines.

This poem taps on several themes such as harmony, equality, brotherhood, and nature. The most important theme of this piece racial equality and harmony. This theme is present after the ninth line. In these lines, Hughes talks about bringing everyone to one place where they have to show kindness, affection, and respect to everyone’s identity. The previous lines solely tap on the theme of nature. These lines showcase a variety of natural imagery in order to bring freshness to the music. In the last few lines, Hughes uses the theme of brotherhood and equality.

When I get to be a colored composer

And I’m gonna put the purtiest songs in it

The poem ‘Daybreak in Alabama’ begins with the wish of the first-person speaker, the poetic persona of Langston Hughes, to become a music composer. Hughes uses the term “colored” to refer to his racial identity. He accepts how he is and how the world sees him at the time of writing the poem. Generally, non-white people are called colored people. He takes pride in being a colored musician or poet.

He talks about writing a song or composing some music about the “Daybreak in Alabama.” It means he wants to capture the “daybreak” through the music of his song. His composition should have the feature to portray the beginning of a new day in Alabama. He refers to this particular American state as the seed of the American Civil Rights Movement was sowed there.

In the fourth line, Hughes uses the hyperbolic term “purtiest”. This word is the superlative form of “pretty”. It is an informal use of the adjective. In this line, the speaker emphasizes how much he is excited to compose the music. He wants to put the most appropriate expressions in the songs that depict the daybreak.

Rising out of the ground like a swamp mist

And the smell of red clay after rain

In the following lines, the speaker metaphorically compares the song to several beautiful scenes observed in nature. First of all, he refers to the image of a “swamp mist”. The song is compared to the mist that rises up. In the early morning, the audience can see the mists gathering above swaps or any still water body. As the poet is talking about the daybreak, he refers to the mist that can be seen at that time.

Another scene is related to the early morning hour which Hughes talks about in the following line. He depicts how the dew falls from heaven in the morning. The dew is “soft”. This term makes the liquid (dew) seem like a soft, solid substance. He uses the adjective to refer to the mental impression that the dew has on one’s mind. His song is like “soft dew” that can comfort the listeners.

In the following lines, Hughes uses a palilogy by repeating the word “tall” twice. He actually refers to the height of the trees by this repetition. Furthermore, he says that listeners can smell the scent of pine needles and red clay after rain. These two images belong to olfactory imagery. It means that the poet is referring to the smell of two things by presenting their verbal depiction.

And black hands and brown and yellow hands

And red clay earth hands in it

The use of the conjunction “And” at the beginning of all the lines in this section is important to note. Hughes uses anaphora to create connectivity between the lines. He repeats the word for the sake of emphasis. In the previous lines, he talks about several natural images. From this section, he refers to “colored” humans.

In his song or poetic creation, readers can find people from different colors, races, or identities. There are people having long red necks, red faces, big brown arms, and yellowish eyes. Not only that, there is a place for both white and non-white people. The line “Of black and white black white black people” does not have any commas to separate the ideas. It hints at the idea of equality. For Hughes, they are human beings. A white is also human, so is a black. There is no actual difference except their external hues.

In his poetic creation, people of different colors have the same place. He especially refers to the colors of their hands to establish a unity between them and propagate the idea of brotherhood. When various hands join together and form a chain, it becomes an ideal symbol of universal brotherhood.

Touching everybody with kind fingers

The last few lines of ‘Daybreak in Alabama’ emphasize this idea more. In the first two lines, beginning with the word “Touching”, Hughes tells his audience to be respectful to one another. They should touch each other kindly as naturally as a dew does to a leaf. This is a roundabout way of saying, they have to be kind to one another.

In the following line, readers can find a metaphor “dawn of music”. Here, the musical composition is compared to “dawn”. It can also be a reference to a new beginning that his music is going to eventuate. Music is always harmonious and it is packed in a rhythm. There is a musicality in everything around us, be it nature or human beings. It is the music of the universe that binds us together.

In the last few lines, Hughes reiterates the idea described in the first few lines of the poem. He says in that new dawn, he wants to be a colored musician and compose about the daybreak in Alabama.

The poem ‘Daybreak in Alabama’ was first published in the journal Unquote in 1940. Langston Hughes also included this poem in his “The Panther and the Lash ” which was published in 1967. The poem was written before the civil rights movement of the 1950s and 1960s. But, the reference to the American state Alabama is worth nothing. It was the place that bore the seed of future movements. Furthermore, the impact of the Harlem Renaissance is present in this piece. This radical piece gave the clarion call for abolishing the racial discrimination, inequality, and injustice caused to the colored people in America.

What is the poem ‘Daybreak in Alabama’ about?

Langston Hughes’s ‘Daybreak in Alabama’ is about the poet’s wish to establish harmony and abolish the essence of inequality through a song portraying a serene beginning of a day in Alabama.

Why is the poem called ‘Daybreak in Alabama’?

The title of this piece contains a symbolic meaning. It refers to the hope, enthusiasm, or softness related to the dawn. The poet captures this moment in the metaphorical song.

What is the speaker’s tone in ‘Daybreak in Alabama’?

The tone of this piece remains uplifting and hopeful throughout. There is a sense of universal brotherhood and love in his tone.

What does “composer” mean in ‘Daybreak in Alabama’?

The term “composer” occurs in the very first line of the poem “When I get to be a colored composer”. It means one who composes a musical piece. Hughes uses the term to create an alliteration of the “c” or “k” sound.

Daybreak means the time when daylight first appears in the morning. It is simply a reference to the dawn.

Here is a list of a few poems that similarly tap on the themes present in Langston Hughes’s poem ‘Daybreak in Alabama’.

You can also read about these inspirational poems on hope and the best-known poems of the African-American poets.