Letitia Elizabeth Landon was born in Chelsea, London in August of 1802. Her parents were John and Catherine Landon who, along with a neighbour, taught her to read by the time she was a toddler. She spent a great deal of time during her youth enjoying literature and writing, then eventually theatre at Frances Arabella Rowden’s school. It was there she was taught by the school’s namesake who would also come into contact with other writers such as Anna Maria Fielding or S.C. Hall and Rosina Doyle Wheeler. 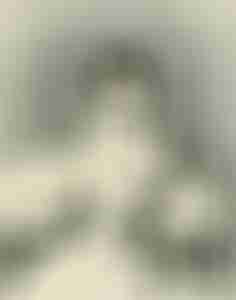 In 1809 the family moved to the countryside where John Landon worked on a model farm project. This time period saw Landon begin education at home She was taught by her elder cousin, Elizabeth, and was known to be a well-versed pupil. She also spent time with her younger brother, Whittington Henry, who has been born in 1804. The two were very close, so much so that she paid for his education. In later life, her poem ‘Captain Cook’ was written in dedication to their days together as children. Unfortunately, Whittington was not as grateful for his sister’s help as one might assume. After her death, it is known that he spread rumours concerning the circumstances.

Landon’s parents also had a second daughter, Elizabeth Jane. She was ill from a young age and died at just thirteen. Some scholars have suggested Elizabeth is the subject of Landon’s poem, ‘The Forgotten One.’ In 1815, during an agricultural depression, the family moved back to London. John became acquainted with William Jerden who in turn took note of Landon’s writings. Her first poem was published in the Gazette in 1820, she signed it “L.” She was eighteen years old at the time.

In 1821 she published a collection of verse titled, The Fate of Adelaide. It appeared under her full name and sold well. Later, Landon worked as the chief reviewer for the Gazette while continuing to write poetry. Her writing eventually had to support her family after her father died in 1824. Unfortunately, her reputation suffered after a variety of rumours circulated regarding an affair with Jerden.

In 1836, shortly before her death, Landon married George Mclean who was the governor of modern-day Ghana. The two kept their relationship secret while sailing for Cape Coast. It was two months later that Landon was found dead, holding a bottle of prussic acid. Today it is thought that Landon was suffering from Stokes-Adams syndrome for which the acid was a remedy. She died in 1838 at the age of thirty-six.

Voice refers to the specific style an author writes in. This includes the way they use point of view, tone, rhetorical devices, syntax, and more.
Full Description | Glossary