“In a room at the end of the garden to this house was a magnificent rocking-horse, which a friend had 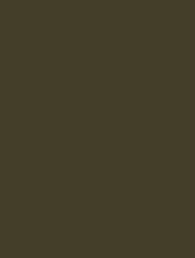 given my little boy; and Lord Byron, with a childish glee becoming a poet, would ride upon it. Ah! why did he ever ride his Pegasus to less advantage?” – Leigh Hunt, Autobiography (1850)

Lord George Gordon Byron was an English poet and Romanticist who could largely be called the first historical celebrity. Notorious, often-spoken-about, direly hated, or slavishly worshipped, Lord Byron has gone down in history as being outrageous and outspoken, and, as Lady Caroline Lamb put it, ‘mad, bad, and dangerous to know’. However, Byron did not start out in infamy immediately. Although he is best known for his satirical epics – Don Juan, and Childe Harolde’s Pilgrimmage – he was a poet of the Romantic before he was a sarcastic satirist, and wrote wonderful, lovelorn, lyrical poetry such as ‘She Walks in Beauty’. There are threads of this lyrical beauty in his epics, but a hard life practically excised it from existence.

Lord Byron was born on the 22nd of January, 1788, in Dover, the son of Captain John ‘Mad Jack’ Byron and Catherine Gordon, his second wife, heiress to an estate in Aberdeenshire. It was a habit of Captain ‘Mad Jack’ Byron to marry his women for their riches, and thus Catherine Gordon wound up selling her lands to pay his debts, leading to them escaping to France to avoid the ones that she could not afford to pay. They returned to England at the end of 1787, so that their son would be English, although when Byron was three, they moved to Aberdeenshire.

Though they separated, Captain ‘Mad Jack’ Byron continued to borrow money from her, until he finally died in 1791, in Valenciennes. Shortly after him, the namesake of Newstead abbey died, leaving the 10-year-old George Gordon a very wealthy heir. However, the Abbey was in a bad state of affairs, and rather than living in it, they leased it out.

Byron was born with a deformed foot, and it was a point of contentious vanity with him. When he started at Aberdeen Grammar School, he was encouraged to exercise, but wanting to make up for his clubfoot, he would go into ‘violent’ bouts in an attempt to overcompensate for what he saw as a failure. Aside from that, his mother would habitually withdraw him from school, leaving Byron with a patchy education that he did not in any way improve when he was sent to Harrow.

It was only in 1804 that he began to show interest in his classmates and to build friendships. There may have been, though this is disputed among Byronic scholars, a romance with a younger Harrow boy as well, given the often Romantic nature of his poetry, and his nostalgic reminisces of his days spent at Harrow. After Harrow, he went to Trinity College, Cambridge, where he – and again, this is something that is largely disputed among Byronic scholars – met and formed a close friendship, and perhaps a relationship, with John Edleston, about which he composed a series of elegies. He described the affair as ‘a violent, though pure love and passion’.

Byron’s first published copy was Fugitive Pieces, which was almost immediately recalled and burned on the advice of his friend, the Reverend J.T. Becher. Fugitive Pieces contained amorous and overt verses. His second Hours of Idleness received such a critical thrashing in the Edinburgh Review that it prompted Byron to write his first fully satirical piece, English Bards and Scotch Reviewers. This had the opposite effect: although published anonymously, everyone knew that Byron had written it, and he had upset so many critics that he was challenged to countless duels.

After that, Byron took to traveling. He went on the Grand Tour – a then customary excursion where Byron visited and fell in love with Italy, and then the Levant. In between, he published ‘Childe Harold’s Pilgrimage’, and people back in England rapidly changed their opinion about him: suddenly, he was a rising star, suddenly everyone wanted to be Byron’s companion, and his work was considered second to none. He produced several more works in this period – The Giaour, The Bride of Abydos, and Parisina. However, the apple didn’t quite fall far from the tree: pressed by debt, he began to look for a wealthy woman to marry.

In 1813, he met his half-sister Augusta Leigh, an act that would spurn rumors of incest for years to come.

In 1815, he married Annabella Milbanke, and had a daughter, Ada Lovelace, who went on to help Charles Babbage with his precursor to the computer.

However, it was a very unhappy marriage – Byron was, by all means, unfaithful, and so the couple divorced, and dogged by rumors of incest and debt, Byron left and went to live abroad.

He settled, for a while, at the villa Diodati, in Switzerland, where he met and befriended the Shelleys. This was the setting of the infamous bet that led Mary Shelley into writing Frankenstein, and John Polidori to craft The Vampyre. Byron had affairs left, right and center, and eventually left to go live in Italy, at the San Lazzaro degli Armeni, where he learned the Armenian language and helped compose the first English-Armenian dictionary.

He continued to work on Childe Harold and started to write Don Juan, the second of his well-known epics.

After Italy, Byron moved on to Greece. He decided to join the Greek movement for independence from the Ottoman empire, spending a substantial amount of money to refit the Greek fleet. It was during an attack on Lepanto that Byron met his unfortunate end.

They were supposed to take the Turkish-held fortress, though Byron fell ill. Although he recovered, he caught a violent cold and developed sepsis – a poisoning of the blood. He died in Missolonghi on 19th April 1824.

“The news came to the village — the dire news which spread across the land, filling men’s hearts with consternation — that Byron was dead. Tennyson was then about a boy of fifteen.

“Byron was dead! I thought the whole world was at an end,” he once said, speaking of those bygone days. “I thought everything was over and finished for everyone — that nothing else mattered. I remembered I walked out alone, and carved ‘Byron is dead’ into the sandstone.”” – Anne Isabella Thackeray, Lady Ritchie, Records of Tennyson, Ruskin, and Robert and Elizabeth Browning (1892)

The Greeks mourned Lord Byron far more than his English counterparts, and to this day, Byron is considered a hero of Greece. It is also rumored that his heart remained at Missolonghi. Elise has been analysing poetry as part of the Poem Analysis team for neary 2 years, continually providing a great insight and understanding into poetry from the past and present.
Subscribe
0 Comments
Inline Feedbacks
View all comments