‘Good-bye Fox’ by Mary Oliver is a thoughtful poem that explores the meaning of life. It includes a conversation between a fox and a human being. 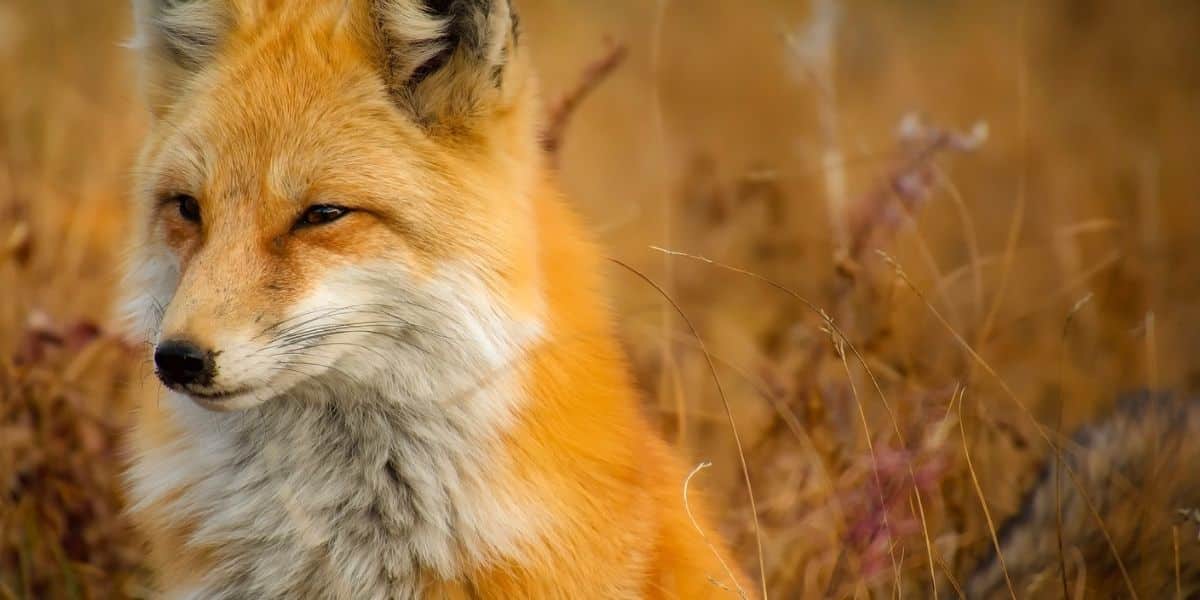 ‘Good-bye Fox‘ exhibits many of the characteristics that are common to Oliver’s verse. It also engages with her most common theme—the relationship between humanity and the rest of the natural world. The poem presents readers with a conversation between an anthropomorphized fox and a human being. The latter learns from the fox’s experiences.

‘Good-bye Fox’ by Mary Oliver presents readers with a conversation between a human woman and a fox.

In the first lines of the poem, the speaker begins by recalling how she once greeted a fox lying in the shade of a tree. The fox spoke to her and didn’t appear afraid. The fox engages the woman in a conversation about her opinion on fox-hunting. The two explore the difference between the fox and the woman (the latter has books, such as poetry books). In conclusion, the fox asserts that the difference between the two is that the woman is always trying to understand the world through books while the fox just lives life.

He was lying under a tree, licking up the shade.

travels even among foxes, as you might know or not know.

In the first lines of the poem, the speaker begins by recalling how one day she came upon a fox lying underneath a tree in the shade. She greeted the animal and was surprised when he replied to her. He wasn’t at all scared of her as she expected him to be. She asks him, “You’re not running away?” And he tells her that he knows that she is pro-fox and that he has nothing to fear from her. This is due to a conversation that another fox overheard and was passed around among the fox community.

Readers will likely notice right away that while Oliver is conveying conversation, she doesn’t use speech marks. This was a stylistic choice. It keeps the lines from feeling cluttered and allows the lines to read as much like verse as possible. With the speech marks, these twenty-two lines would look like they’d been taken out of a prose piece of writing.

What conversations do you mean?

we just live it.

In the next lines, the fox reveals why he trusts her and that the woman is “okay” in his book. This very human saying inspires the reader to exclaim, “Your book!” She’s surprised to hear the fox speak this way because, as a human being, she’s the one who should have a “book” (metaphorical or physical), not the fox.

The fox uses this as an opportunity to draw another distinction between the two of them. As a fox, he just lives his life without having to analyze every part of it, write it down in books, and ponder the meaning of it.

Could anyone figure it out, to a finality? So

why spend so much time trying. You fuss, we live.

And he stood, slowly, for he was old now, and

The poem concludes with the speaker realizing what the fox is trying to share with her. He knows that human beings spend way too much of their life fussing over the details and the meaning. This is before he stood up and ambled away. The final details, expressing the fox’s age, suggest wisdom he’s gained in his years that should inspire the speaker to consider his words more deeply.

‘Good-bye Fox’ by Mary Oliver is a twenty-two-line poem that is separated out into sets of one, two, and three lines. The poem takes the form of a conversation and doesn’t make use of traditional stanzas. Oliver composed this piece in free verse. This means that it doesn’t make use of a specific rhyme scheme or metrical pattern.

What is the tone of ‘Good-bye Fox?’

The tone of this poem is tongue-in-cheek and casual. The speaker presents an incredible conversation as commonplace. She doesn’t spend time analyzing it, instead of presenting readers with the details.

What is the purpose of ‘Good-bye Fox?’

The purpose is to explore the meaning of life and how different an animal lives life from a human being. While humans fret over life’s meaning and purpose, animals, like the fox, simply live, and enjoy life more because of it.

Who is the speaker in ‘Good-bye Fox?’

The speaker is someone who had an incredible and magical-seeming encounter with a fox. She has pro-fox views, as the fox reveals, and recalls the incident with a clarity of mind, seemingly unfazed by it.

What is the meaning of ‘Good-bye, Fox?’

The meaning is life is better lived if one does not spend their whole life trying to analyze everything that happens and find meaning in everything.

Readers who enjoyed ‘Good-bye Fox’ should also consider reading some other Mary Oliver poems. For example: