In short, ‘Wild Geese’ is a poem, written by Mary Oliver, that expresses what one must do in order to lead a good life.

Throughout ‘Wild Geese,’ Oliver furthers her message by using specific images from nature. American poet Maxine Kumin once wrote in the Women’s Review of Books that Oliver is the “indefatigable guide to the natural world…” The majority, if not all, of her poems, include sharp images and natural motifs.

Oliver is a prolific poet and is one of the most beloved American poets, and she has won prizes for her poetry, such as the Pulitzer Prize and the National Book Award. This particular poem first appeared in her 1986 anthology called Dream Work, and it provided the title of her 2004 selection of poems. This piece is written in the style of the Romantics, like John Keats.

In short, ‘Wild Geese‘ is a poem, written by Mary Oliver, that expresses what one must do in order to lead a good life.

The speaker, presumably Oliver, is talking directly to her reader, imploring them to not worry so much about being good; rather, the reader should be true to nature and the beauty found in it. Throughout the poem, Oliver uses the word “you” to speak to the reader, which lends an intimate, almost urgent air about the work. Throughout, she uses the image of a flock of wild geese.

Structurally, there is not much to the poem. It is comprised of only one stanza and eighteen lines. The simplicity of its structure seems to reflect the themes of nature that are so prevalent throughout the work.

‘Wild Geese’ is written in free verse, but Oliver does make use of half-rhyme. This is seen through the repetition of assonance or consonance. This means that either a vowel or consonant sound is reused within one line or multiple lines of verse. For example, “exciting” and “things” in lines sixteen and eighteen. Or “rain” and “prairies” in lines eight and nine. There are a number of other examples within the text, all of which help to give ‘Wild Geese’ the feeling of rhyme without having to use full/complete end rhymes.

Oliver makes use of several poetic techniques in ‘Wild Geese.’ These include repetition, alliteration, enjambment, and anaphora. The latter, repetition, is the use and reuse of a specific technique, word, tone, or phrase within a poem. There are clear examples from the first two lines with the phrase “You do not have to,” as well as in the structure of lines eight through eleven. These are only two examples of a technique that is quite wide-ranging.

Alliteration should also be considered as a way a pet can use repetition to increase the rhythm of their lines. It occurs when words are used in succession, or at least appear close together, and begin with the same letter. For example, “mountains” and “Meanwhile” in lines eleven and twelve, as well as “heading home” in line thirteen.

Another important technique commonly used in poetry is enjambment. It occurs when a line is cut off before its natural stopping point. Enjambment forces a reader down to the next line and the next quickly. One has to move forward in order to comfortably resolve a phrase or sentence. There are not as many examples in ‘Wild Geese’ as there are in other poems that deal with similar subject matter, but there are a few. For instance, the transition between lines eight and nine. As well as that between lines sixteen and seventeen.

You do not have to be good.

You do not have to walk on your knees

The poem begins with the speaker talking directly to the reader. Oliver writes, “You do not have to be good,” and she follows with, “You do not have to walk on your knees for a hundred miles through the desert repenting.” These first lines create what feels like guidelines on living one’s life. Oliver then tells the reader what they should not be doing—trying to be morally good or repenting sins through punishment and penance.

for a hundred miles through the desert repenting.

love what it loves.

In the following lines of ‘Wild Geese,’ the speaker informs the reader that he or she only needs to turn to nature and follow their heart. She writes, “You only have to let the soft animal of your body love what it loves.” She seems to be reminding her reader that they are human, yes, but they are still an animal who needs to survive and thrive, just as other animals in nature do. In line six, she begins a two-way conversation with her reader.

Tell me about despair, yours, and I will tell you mine.

are moving across the landscapes

She implores, “Tell me about despair, yours, and I will tell you mine,” as if she wants to commiserate with her reader on the more unfortunate experiences of life. The “you” in these lines read more broadly a human “you” rather than a singular person. She is promoting larger interconnectivity between humans and non-human natures.

Her next line is sobering: “Meanwhile, the world goes on.” Oliver is reminding her reader that regardless of what is happening in one’s life, time will not stop. The world will keep turning, and everything in nature will continue just as it was. The lines that follow exemplify Oliver’s ability to provide vivid and beautiful imagery in her poetry. She describes the sun and rain moving across the land.

over the prairies and the deep trees

Meanwhile the wild geese, high in the clean blue air,

In nature, time marches on, waiting for no one. Oliver continues to conjure up scenes in nature, this time referring to the birds in her title: wild geese. She writes, “Meanwhile the wild geese, high in the clean blue air, are heading home again.” She once again conveys to her reader that while they are experiencing life’s emotions, the wild geese are flying back to their home, perhaps in the north after winter has finally ended. They, too, have endured.

Whoever you are, no matter how lonely,

the world offers itself to your imagination

calls to you like the wild geese, harsh and exciting –

over and over announcing your place

in the family of things

The final five lines of ‘Wild Geese’ marry the reader to nature itself. She writes, “Whoever you are, no matter how lonely, the world offers itself to your imagination….” This line is spoken as a reassurance to Oliver’s reader. If one feels lonely, one only needs to walk outside to see that nature, a living, breathing entity, is all around: “…the world offers itself to your imagination, calls to you like the wild geese….” Oliver’s use of a simile in this section further connects the world, the reader, and nature.

Just as one can hear the call of the wild geese, one can also hear the world calling, as well. In the last two lines, Oliver explains what the world is saying to the reader: it is “…announcing your place in the family of things.” This last line wraps the poem up very nicely, explaining to the reader that all is as it should be. There is an order to the world, and the human experience, while seemingly lonely and torturous at times, is just as it should be.

As ‘Wild Geese’ focuses completely on nature, there does not seem to be much historical analysis to be applied to this poem. However, its reproduction in Wild Geese in 2004 does seem quite timely: the world, particularly the United States, was going through a tumultuous time.

The years immediately after September 11, 2001, were filled with devastation, war, and fear, and Oliver’s poem is a reminder to us all to keep going, to look inside ourselves and take a moment to go outside and experience the beauty and peace that still resides on Earth.

What is the tone of ‘Wild Geese?’

The tone is peaceful. The speaker uses calm words and images that readers should relate to quite easily. The language is also quite simple. This allows the words to wash over readers without a great deal of analysis or questioning.

What is the purpose of ‘Wild Geese?’

The purpose is to remind the reader how important nature is. It should focus readers’ minds on the natural world and help them separate themselves from their every day worries.

Who is the speaker in ‘Wild Geese?’

The speaker may be the poet herself. But, it doesn’t affect the meaning of the poem, not knowing exactly who it is. What is known is that it’s someone who has a deep appreciation for nature.

What does the poem ‘Wild Geese’ mean?

The poem implores readers not to worry so much about being good. Instead, they should be true to nature and the beauty found in it. 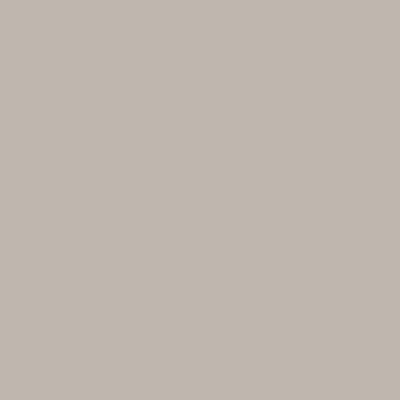 Jamie joined the Poem Analysis team back in November, 2010. He has a passion for poetry and enjoys analysing and providing interpretations for poetry from the past and present.
Subscribe
4 Comments
Newest
Oldest Most Voted
Inline Feedbacks
View all comments