‘Caged Bird’, or ‘I Know Why the Caged Bird Sings’ as the poem is sometimes referred to, by Maya Angelou, is arguably one of the most moving and eye-opening poems ever written. 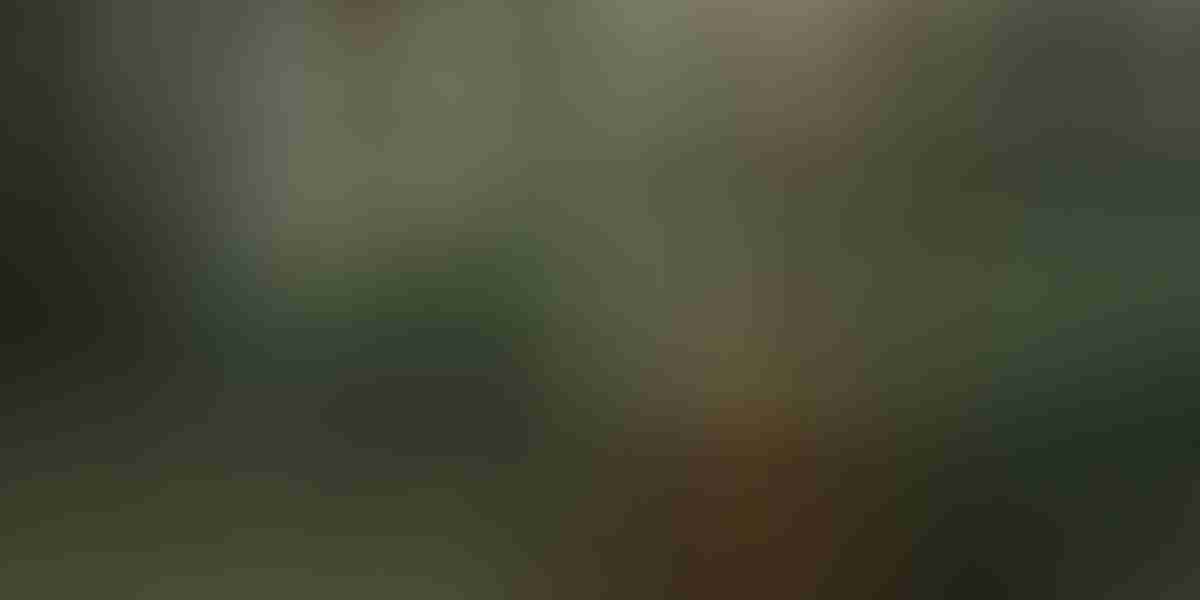 Angelou also wrote an autobiography with a similar title, I Know Why the Caged Bird Sings. This title had great significance to Angelou, as it was the title of her entire life story. In her autobiography, she talked about the struggle of being a Black author and poet. She often felt that her words were not heard because of the color of her skin and sought to express her experience and that of others in her contemporary moment through the lines of this text.

‘Caged Bird’ by Maya Angelou is an incredibly important poem in which the poet describes the experience of two different birds, one free and one caged.

The free bird flies around the wind currents, feeling like the sky belongs to him. On the other hand, the caged bird can barely move in its prison. It’s angry and frustrating. Its wings are clipped, and its feet are tied together. All it can do is sing fearfully of what it wants and does not know. It sings for its freedom, and everyone, even far distant, can hear its song.

All the while, the free bird is focused on the breeze, the sounds the trees make, and the words in the ground he’s planning on eating. Once more, the speaker reiterates the fact that the bird feels as though it owns the sky. The poem concludes with the caged bird singing once more as the poet repeats the third stanza in its entirety.

‘Caged Bird’ is filled with powerful themes. These include racial oppression, freedom/captivity, and happiness/sorrow. These themes are all wrapped together in ‘Caged Bird’ through Angelou’s depiction of the two birds, one free and one caged.

The caged bird is an extended metaphor for the Black community in America and worldwide. Angelou is alluding to the lived experience of millions of men, women, and children since the beginning of time and the variety of oppressive tactics, whether physical, mental, or economic, employed by those in power.

Black men, women, and children see “through…bars” while the free bird sores in the sky. The bird sings from a place of sadness rather than joy to convey a broader history of sorrow.

‘Caged Bird’ by Maya Angelou is a six-stanza poem that is separated into stanzas that range in length. Angelou chose to write the poem in free verse. This means that there is no single rhyme scheme or metrical pattern that unites all the lines. But, there are some examples of an iambic meter.

This adds to the overall musicality of the poem. Iambs are also generally referred to as “rising” feet when the second syllable is stressed. This plays into the content of the caged bird and the free bird. Additionally, readers should take note of the instances in which the poet makes use of half-rhyme.

Angelou makes use of several literary devices in ‘Caged Bird.’ These include but are not limited to:

on the back of the wind

till the current ends

and dips his wing

in the orange sun rays

and dares to claim the sky.

In the first stanza, Maya Angelou refers to nature. She describes how “a free bird leaps on the back of the wind.” She describes the bird’s flight against the orange sky. The free bird has the right “to claim the sky.” The way she describes the “orange sun rays” gives the reader an appreciation for the natural beauty of the sky, and her description of how the bird “dips his wing” helps the reader to appreciate the bird in his natural habitat enjoying his freedom.

But a bird that stalks

down his narrow cage

his feet are tied

so he opens his throat to sing.

This stanza of ‘Caged Bird’ contrasts sharply with the first. By using the word “but” to begin this stanza, the speaker prepares the reader for this contrast. Then she describes the “bird that stalks his narrow cage.” The tone is immediately and drastically changed from peaceful, satisfied, and joyful to one that is dark, unnerving, and even frustrating. She describes that this caged first “can seldom see through his bars of rage.”

While the free bird enjoys the full sky, the caged bird rarely even gets a glimpse of the sky. She claims “his wings are clipped, and his feet are tied.” Text from her autobiography reveals that Angelou often felt this way in life. She felt restricted from enjoying the freedom that should have been her right as a human being. The speaker then reveals that these are the very reasons the bird “opens his throat to sing.”

The author felt this way in her own life. She wrote and sang and danced because it was her way of expressing her longing for freedom.

with a fearful trill

for the caged bird

The third stanza reverts back to the free bird, further cementing the difference between the free bird and the caged bird in the readers’ minds.

She writes that a “free bird thinks of another breeze” that he can enjoy the “sighing trees” and be free to find his own food. The tone with which she writes the first and third stanzas so sharply contrasts with the second stanza that readers can feel the difference. The first and third stanzas give the reader a sense of ecstasy and thrill, making the second stanza seem all the more droll and even oppressive.

The free bird thinks of another breeze

and he names the sky his own

The fourth stanza of ‘Caged Bird’ continues the parallel between the free bird and the caged bird. The first line serves to starkly contrast the last line in the third stanza. It is dark and daunting. The reality of the life of the caged bird is revealed in this line.

Mentioning of ‘fat worms waiting on a dawn bright lawn brings around a predatorial/prey juxtaposition too. It would be the worms that would be scared for their life, losing freedom as the birds feed upon such prey. However, with a bird entrapped by a cage, the worms are the ones that have the freedom, compared to the caged bird.

But a caged bird stands on the grave of dreams

so he opens his throat to sing.

That bird “stands on the grave of dreams.” This reveals the author’s feelings about her own dreams. She has so many dreams that have died because she was never given the freedom to achieve all that her white counterparts could. Discrimination and racism made up her cage, and although she sang, she felt her voice was not heard in the wide world but only by those nearest her cage. The second line of this stanza is not only dark but even frightening.

The speaker describes the bird’s cries as “shouts on a nightmare scream.” At this point, the caged bird is so despondent in his life of captivity that his screams are like that of someone having a nightmare. The author then repeats these lines:

His wings are clipped and his feet are tied

So he opens his throat to sing.

Reaffirming the idea that the bird opens his mouth to sing because his desire for freedom and his desire to express himself cannot be contained.

with a fearful trill

for the caged bird

This last stanza focuses on the caged bird yet again. The author implies that even though the caged bird may have never experienced true freedom, deep down, that bird still knows it was created to be free. Although freedom, to the caged bird, is “fearful” because it is “unknown,” he still sings “a fearful trill” because he still longed for freedom.

The last line states, “For the caged bird sings of freedom.” With this, the speaker implies that although the caged bird may never have experienced freedom, he still sings of it because he was created for freedom. This is paralleled to the African American struggle in Maya Angelou’s time.

She feels that Black Americans wrote and sang and danced and cried out for the freedom they deserved, but they were only heard as a distant voice. Yet, this would not stop them from crying out for freedom and equality because they knew they were made for freedom, and they would not relent until they were given their rights as human beings to enjoy the freedom they were created to enjoy.

What is the ‘Caged Bird’ poem about?

‘Caged Bird’ by Maya Angelou is about the two different experiences of two birds. One is caged and suffers from its lack of freedom, while the other is free to do as it pleases. The caged bird sings to cope with its confinement.

What does the caged bird symbolize?

The caged bird symbolizes the desire to be free. Specifically, the African American community’s efforts to achieve equality in every part of life and break free from the confines of personal and institutional racism.

What is the main message of the poem ‘I Know Why the Caged Bird Sings?’

‘I Know Why the Caged Bird Sings‘ or ‘Caged Bird’ expresses the importance of freedom. She compares the plight of a caged bird to the suffering of the African American community.

How is freedom ironic in ‘Caged Bird?’

The lack of freedom in ‘Caged Bird’ inspires the caged bird to sing while the free bird does not. Its desperate cry is not a happy one but it is the only way the bird can cope with being locked up.

Why does the caged bird stand on the grave of dreams?

The caged bird standing on a grave of dreams symbolizes the entire history of cruelty and confinement inflicted upon the African American community and other marginalized communities throughout history.

Readers who enjoyed ‘Caged Bird’ should also consider reading some other Maya Angelou poems. These include:

Allisa graduated with a degree in Secondary Education and English and taught World Literature and Composition at the high school level. She has always enjoyed writing, reading, and analysing literature.
Subscribe
64 Comments
Newest
Oldest Most Voted
Inline Feedbacks
View all comments

A bibliography is a list of books an author has consulted in their creation of a novel, essay, short story, or any other written work that required research.
Full Description | Glossary