Then I Saw What the Calling Was by Muriel Rukeyser

‘Then I Saw What the Calling Was’ by Muriel Rukeyser is a beautiful and complicated poem that speaks about life and experience. 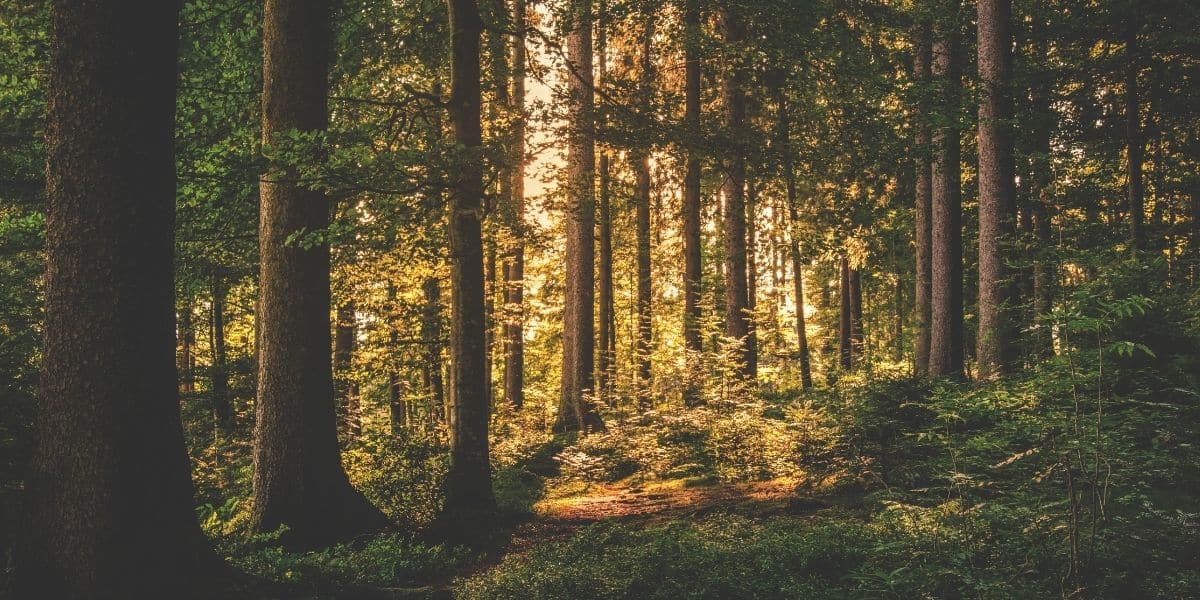 Rukeyser lays out an image of life that presents contradictory images. There is a “calling,” but it’s nothing, and she realizes it’s not for her. She breaks down forces in her life through beautiful images and examples of figurative language.

Explore Then I Saw What the Calling Was

‘Then I Saw What the Calling Was’ by Muriel Rukeyser is a complex depiction of how one can interpret the “calling” in life.

The poem starts with the poet hearing a calling from the woods, from forces unknown, and realizing that it’s nothing, it’s not for her. There is no clear path through life, and Rukeyser empathizes this through her exploration of experience in the following lines. She’s on a path through life, but it’s not one that can be clearly defined or even followed. She lets go of a specific narrative of her life in favor of seeing it as open. There is “Nothing speaking” to her, she concludes.

All the voices of the wood called “Muriel!”

Then I saw what the calling was : it was the road I traveled,

In the first lines of the poem, the speaker begins by describing forces calling her name from the woods. When she investigated, she saw that it “was nothing, it was not for me.” This suggests that the poet is not walking a clear line. She is describing a road, one that’s not entirely clear. The poem is filled with numerous questions, one that allowed the poet to challenge her own way of viewing the world and her role in it and may inspire the reader to do the same.

“The road she traveled” is the calling. The words are “a little like Mortal and More and Endure.” They sound like “Health or Hell.” These juxtaposed opposites paint a picture of the experience. The journey of the poet as the main character in her own life is not as heroic and clear as one might expect it to be. There are far more complications one encounters.

time and these colors of orchards, gold behind gold and the full

In the next few lines, Muriel Rukeyser describes the road ahead of her. It was “not for me,” she repeats in line eleven. This emphasizes her realization that the world around her is not made for her, nor is it going to present her with a path that’s clear through life. There are shadows behind “each tree and behind each slope.” This suggests depth and complication. “Not to me / the calling,” she acknowledges, “but to anyone.” She’s not the only one who can hear and answer it.

The “call” is somewhat up for interpretation. Likely Rukeyser was thinking of the calling as one might define a purpose in life, as a reason for being, and for moving forward day in and day out. She is not alone in her ability to hear purpose and potential in the world.

I came into my clear being; uncalled, alive, and sure.

And I arrived at the powerful green hill.

The final line of the poem is separated from the last two lines of the first stanza, creating a single-line stanza. This is a powerful way to conclude the poem. It leaves the reader with an image of the “powerful green hill” and what it can and cannot offer.

The facts of the poem came into her “clear being…alive, and sure.” Nothing in the world was speaking to her, but she “offered” herself and her future up, and “all was well.” It’s then that she arrives at the “powerful green hill.” This last image is a memorable one. The hill could symbolize the relinquishment of control and facing the truth of the world. The “green” is a symbol of life and the “hill” as a force to overcome and/or accept. It’s powerful in its own right, and she is just one person amid many others.

The reader is likely going to be left with questions about identity, self, and self-belief, as the poet was dwelling on. What is the purpose of life? And when “you” act, do you believe in your actions?

‘Then I Saw What the Calling Was’ by Muriel Rukeyser is a fourteen-line poem that is separated into one set of thirteen lines and one final line, creating two stanzas.

The poem is written in free verse. This means that the poet did not make use of a specific rhyme scheme or metrical pattern. Despite this, readers can find examples of rhyme within the piece. This includes half-rhymes, internal rhymes, and perfect rhymes.

What are the themes in ‘Then I Saw What the Calling Was?’

The themes at work in this poem are those of self and identity, as well as purpose in life. The poet explores the nature of the latter through her realization that her journey is not a straightforward one. The narrative is not complete, and she has to contend with that as everyone else does.

What is the purpose of ‘Then I Saw What the Calling Was?’

The purpose is to explore the nature of existence and call into question one’s self-belief and the way one navigates life. The poet uses complex imagery in this poem that should challenge the reader’s conception of her purpose in writing the poem.

Who is the speaker in ‘Then I Saw What the Calling Was?’

The speaker is the poet herself. This piece is incredibly personal, but it is still written on a level that should appeal to many different readers.

Readers who enjoyed this poem should also consider reading some related pieces. For example:

Home » Muriel Rukeyser » Then I Saw What the Calling Was

Baldwin, Emma. "Then I Saw What the Calling Was by Muriel Rukeyser". Poem Analysis, https://poemanalysis.com/muriel-rukeyser/then-i-saw-what-the-calling-was/. Accessed 2 July 2022.