‘Flounder’ by Natasha Trethewey uses a flounder as a metaphor to convey a child’s struggle with her mixed-race identity.

‘Flounder’ by Natasha Trethewey tells the story of a woman and child fishing. In the poem, Aunt Sugar shows the child how to fish. She catches a flounder and easily identifies it because one side is black and the other white. This is a reference to race.

Natasha Trethewey is a person of mixed race. Some of her poetry deals with the fact that she grew up mixed race in the American South. At the time, due to the inequality between whites and blacks, she struggled with her identity. We will delve deeper into this in the analysis that follows. Trethewey included ‘Flounder’ in Domestic Work. The collection was published in 2000.

‘Flounder’ by Natasha Trethewey tells the story of a woman and child fishing, using the flounder as a metaphor for the speaker’s struggle with identity.

In the poem, the speaker narrates a memory of fishing with her Aunt Sugar. However, we soon get the impression that it is not only about fishing on a beautiful day. The speaker raises the issue of racial identity early in the poem. It tells the reader that although the two are fishing on a nice day, a relaxing activity, there is also uncertainty lurking beneath the surface. In this case, the uncertainty pertains to the speaker’s identity.

The poem consists of 28 lines. It is separated into seven stanzas of four lines each. ‘Flounder’ closely resembles the Miltonic Sonnet in structure. It may be said the poem is a variant of this style. In the poem, the second and last lines of each stanza rhyme. However, it does not conform to the metrical pattern of iambic pentameter. Trethewey varies the metrical pattern throughout. And this makes the pattern more difficult to pin down.

For the detailed analysis, let us take a closer look at each stanza separately.

Here, she said, put this on your head.
(…)
and you gone stay like that.

In the first stanza, a yet unidentified woman gives the speaker a hat as protection from the sun. She says, ‘You ’bout as white as your dad’ in the third line of the stanza. This immediately points the reader towards race. Therefore, we can deduce that race is an important aspect of this poem. The last line of the first stanza reads: ‘and you gone stay like that.’ This line is telling. It means that no matter what, the speaker will always be part white. This sets up the struggle that is identified later in the poem.

The second stanza identifies the woman as Aunt Sugar. This, presumably, is the speaker’s aunt. Aunt Sugar rolls down her nylons, and the speaker rolls down her white knee socks. Here, we get a picture of the two soaking up some sun. And there is another reference to ‘white’ which again encourages us to think about color, race. Now we should keep this in mind while reading the rest of the poem.

In stanza three, after letting her legs dangle, the speaker circles them above the water. Here, we can picture her sitting on a dock or jetty with her legs hanging over the side. Moving on, let us look closer at the last three lines of the stanza:

and silver backs of minnows
flitting here then there between
the sun spots and the shadows.

There is beautiful imagery in these lines. One can imagine the silver scales glinting in the sunlight hitting the water. So, by using imagery, the poet wants to draw out attention to this section. The reason can be found in the last line, with the fish swimming between ‘the sun spots and the shadows.’ The contrast here is important. Sun spots are light and shadows are dark – white and black. Again, we are invited to think about race. Knowing Trethewey’s background growing up, that is being of mixed-race heritage, it is safe to say that the speaker is the poet herself. She is using a story to narrate how she felt as a child. The contrast between black and white points to some internal struggle.

This is how you hold the pole
(…)
throw it out and wait.

The fourth stanza concentrates on Aunt Sugar showing the speaker how to fish. This stanza has a beautiful rhythm. It reads almost like an instructional nursery rhyme. Therefore, it is likely the poet used this to communicate to the reader that the child is quite young. From this, we can see that the struggle of being mixed race started when she was a young child.

She sat spitting tobacco juice
(…)
jerked the pole straight up

In the fifth stanza, Aunt Sugar spits ‘tobacco juice into a coffee cup.’ Considering what the poet has signaled up to this point, the dark and light imagery, we can pay closer attention to the tobacco juice and the coffee cup. Both signify darkness and are associated with Aunt Sugar. Therefore, it solidifies the picture of Aunt Sugar as being African American. It also draws our attention to color once again.

reeling and tugging hard at the fish
(…)
’cause one of its sides is black.

Aunt Sugar catches a fish in the sixth stanza. The fish struggles and tries to fight as she reels it in. This relates to the internal struggle the speaker experiences regarding her mixed heritage. Let us look at the last two lines of this stanza:

A flounder, she said, and you can tell

’cause one of its sides is black.

Again, the poet points to the significance of color. On the flounder, one side is black. This directly relates to the speaker’s mixed race. And it is bolstered in the last stanza.

For stanza seven, let us view it in full:

The other side is white, she said.

It landed with a thump.

I stood there watching that fish flip-flop,

switch sides with every jump.

The first line of the stanza immediately gives us that contrast between black and white again. We are positioned to focus on color. So, the flounder has a black side and a white side. We are invited to associate the flounder with the speaker. And we watch ‘that fish flip-flop.’ Trethewey uses alliteration here to draw our attention to the fish flipping from one side to the other. This signifies the speaker’s conflict with her heritage. She is caught between the black side and the white side, unable to settle on her identity.

Moreover, we are confronted with a fish out of water in this stanza. That relates to how the speaker feels. The reference tells the reader that the speaker does not feel comfortable in her skin. Like the flounder, she is struggling. There is an internal conflict between the African American side of her and the white side of her. She feels like a fish out of water, stuck between black society and white society, comfortable in neither.

Why does the speaker struggle with being mixed race in ‘Flounder’ by Natasha Trethewey?

In ‘Flounder’ by Natasha Trethewey, the speaker struggles with being mixed race because of how that was viewed in the American South in the past. In recent history, there was still segregation between whites and blacks in the American South. Racism was an everyday reality for African Americans. A lot of white people were against interracial relationships. Therefore, fitting into society could be difficult for a person of mixed race.

What is the theme in ‘Flounder’ by Natasha Trethewey?

‘Flounder’ by Natasha Trethewey deals with the theme of identity. In the poem, the speaker is of mixed race. Trethewey uses the flounder as a metaphor to show the speaker’s inner conflict regarding her mixed-race heritage. The fish jumps from one side to the other, revealing its blackness and then whiteness. This signifies the speaker’s conflict and confusion surrounding her mixed heritage. She doesn’t know if she’s black or white. 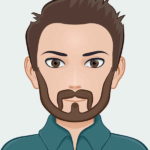