‘Cartoon Physics, part 1’ appears in Nick Flynn’s Some Ether (2000). This poem mocks the humorous concepts of animation that defy real physics and biology. 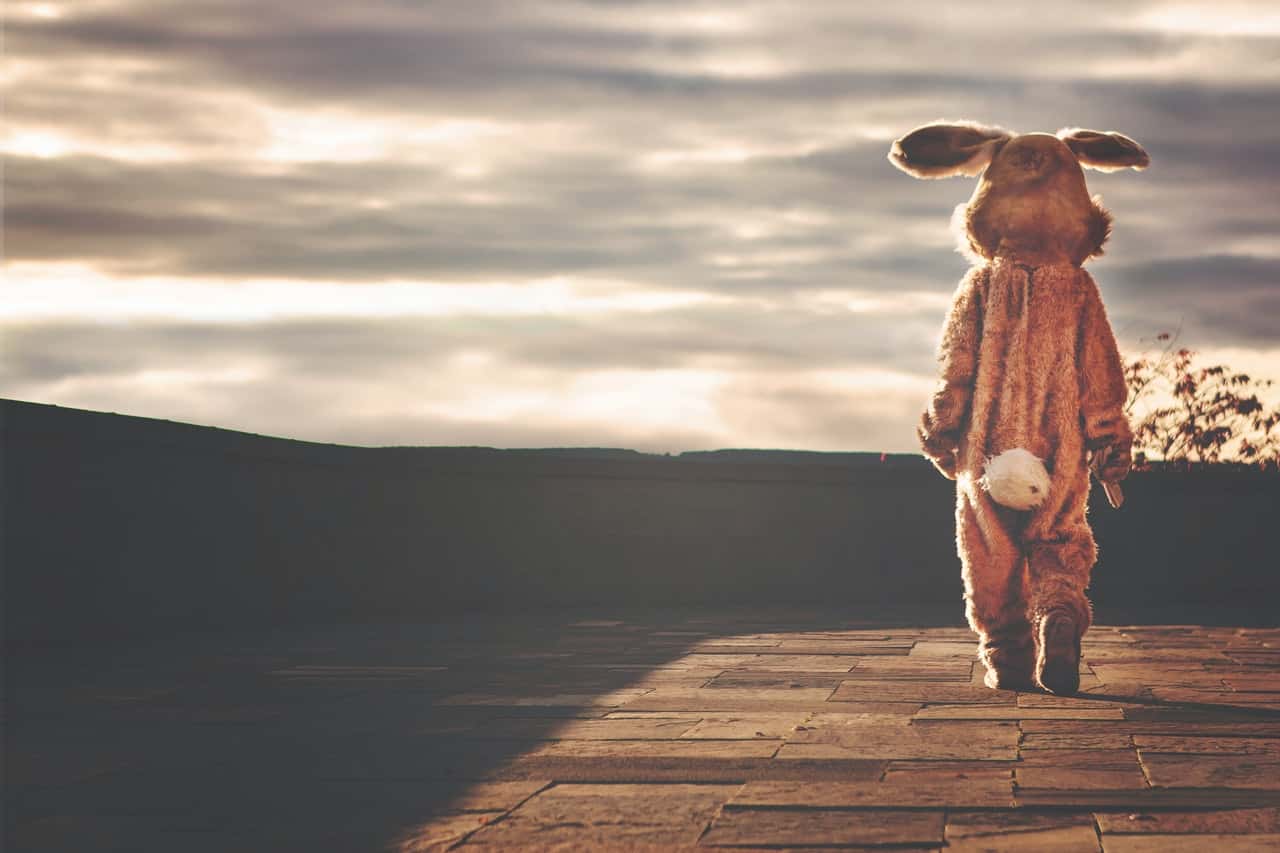 ‘Cartoon Physics, part 1’ is a poem about the ludicrous scenes of animation or cartoon shows that defy the laws of physics and biology. The modern American poet Nick Flynn tries to show how these laws are in stark contrast with reality. He is of the view that there are some groundbreaking events occurring in the field of science kids are totally ignorant of. Instead, they are learning some absurd concepts of “cartoon physics”, a term for the jocular application of physics in cartoons, depicted on their television screens.

‘Cartoon Physics, part 1’ by Nick Flynn satirizes the science-defying laws of animation or cartoons kids are attracted to.

Flynn begins his poem by referring to the expansion of the galaxy in silence. Far away in the outer world, galaxies are constantly at work. While the ten-year-olds are busy learning the concepts of “cartoon physics”. According to the law of cartoons, a man can draw a circle on a rock in order to pass through different dimensions. In some of the animation movies, realism is denied and everything is shown in a way that makes the speaker disturbed. He knows that the character can easily escape from a burning house or a drowning sheep using common sense. While he tries to be a hero there. Such unrealistic events are described in this piece for the sake of satirizing them.

that the universe is ever-expanding,

solar systems collapsing, all of it

acted out in silence. At ten we are still learning

Nick Flynn’s ‘Cartoon Physics, part 1’ begins with a reference to actual scientific laws. The modern developments of science and the expansion of the boundary of knowledge are what make the speaker fascinated, unlike what is depicted in cartoons. He first refers to these interesting ideas that happen in reality. But, the children viewers are not introduced to these concepts at an early age.

According to the speaker, children at ten, “shouldn’t know” such real developments in physics. It sounds like some kind of law of parenting that if they introduce their kids with the complexity it might harm their innocence. They should not know the universe acts like a living being, expanding gradually. It is out of anyone’s control and inexorably pushes into the vacuum.

There are millions of galaxies out there. Some explode or engulf other smaller galaxies. At each second on earth, several new galaxies are created and others are destroyed. It happens unstoppably without anyone’s attention, in silence. Children do not like silence by nature hence they are drawn with the cacophony and bustle of cartoons.

the rules of cartoon animation,

that if a man draws a door on a rock

where they can be heroes. You can run

According to the speaker of ‘Cartoon Physics, part 1,’ some of the adults are attracted to the “rules of cartoon animation”, popularly known as “cartoon physics”. This term was coined in the 1980s in order to describe the ludicrous laws of cartoons.

These laws not only keep us and our kids ignorant of actual science but also encapsulates us in fantasy. According to the law of cartoon physics, if one man draws a space on a rock, only he can travel through the imaginary hole. It defies actual physics. Besides, if others try to use this corridor, they bang their heads on the rock.

The ten-year-old kids develop some odd instincts by watching such shows. They feel it is best to get themselves in trouble rather than acting widely and keeping themselves safe. For instance, in animation shows, characters typically stick with burning houses, car wrecks, and drowning ships, unaffected.

They go earthbound with ease and face tangible disasters without fears. Children like to be in those imaginary arenas where they feel like heroes. In this way, Flynn shows how animation movies and cartoon shows keep kids in darkness and ignorance. They create a separate universe in itself in stark contrast with reality.

back into a burning house, sinking ships

have lifeboats, the trucks will come

that if a man runs off the edge of a cliff

he will not fall

until he notices his mistake.

In the first few lines of this section, Flynn’s speaker talks about what a cartoon character should do after being stuck in some troublesome situations. For instance, if a character is on a drowning ship, it can use a lifeboat. If it is in a burning house, it can use the ladder provided by the fire brigade to easily come out. Instead, they stay inside and do some heroic deeds. Fortunately, they can save their lives, but in reality, children cannot save themselves by following these means.

In another instance, a character touches a bus and becomes the controller of it. She knows where the vehicle is going to skid. Interestingly, she also knows who will be safe and who is going to die. By watching these shows, she learns when a cartoon character runs off a cliff, gravity does not interfere until it notices.

Flynn’s ‘Cartoon Physics, part 1’ is written in free-verse. There is no regular rhyme scheme or meter. Each line’s idea is expanded into the next line. Flynn marks the transition of his thoughts by separating the lines into separate stanzas. He groups the lines into several tercets, couplets, and one-line stanzas (known as codas). Besides, the overall poem is written from the third-person point of view. The speaker is none other than the poet himself who speaks through his poetic persona. Apart from that, the poet uses internal rhymings in order to create a sense of rhyming within the lines.

‘Cartoon Physics, part 1’ appears in Nick Flynn’s first poetry collection, Some Ether. It was published in 2000. He began writing the poems ten years ago. He won the Pen/Joyce Osterweil Award for Poetry for the collection in 1999. In ‘Cartoon Physics, part 1,’ Flynn introduces readers to the jocular framework of cartoon or animation physics. Their laws defy the natural laws and have a humorous impact on viewers. American animated films such as those from Warner Bros. and MGM studios developed the laws of animation physics. The term was first recognized with the publication of an article “O’Donnell’s Laws of Cartoon Motion” published in June 1980.

What is the meaning of ‘Cartoon Physics, part 1’?

Nick Flynn’s poem ‘Cartoon Physics, part 1’ is about the jocular concepts of animation movies that defy the natural laws of physics and biology. In this piece, Flynn refers to some of the “laws” of cartoon physics and creates a contrast between actual science.

What is the theme of ‘Cartoon Physics, part 1’?

This poem taps on a number of themes that include illusion and reality, perception, ignorance, and innocence. The main idea of the poem revolves around the concepts of animation physics. Through this piece, Flynn shows what the ten-year-olds learn from the cartoon shows.

What is “cartoon physics”?

The term “cartoon physics” is not some well-recognized branch of physics or science. In fact, it is not a branch of study at all, rather a term that loosely applies to some illusory concepts shown in cartoons. For instance, if a man runs off the cliff, he will not fall downwards until he notices his mistake.

What is the first law of cartoon physics?

There are no set of laws in “cartoon physics” as it is just a term to implicitly ridicule the concepts of animation. The common example that is cited often while describing this concept is that of the ignorance of gravity and temporary avoidance of the force. It shows that consciousness brings gravitational force into work. Otherwise, it does not play a major role.

What type of poem is ‘Cartoon Physics, part 1’?

It is a free-verse lyric poem that is written in a conversational style. The text consists of several stanzas that are loosely connected to one another. There is no regular rhyme scheme or metrical pattern in this piece. Besides, it is written from the third-person point of view.

Here is a list of poems that similarly touch on the ideas present in Nick Flynn’s ‘Cartoon Physics, part 1’.

You can also explore these incredible nonsense poems.