Not My Business by Niyi Osundare

‘Not My Business’ by Niyi Osundare is a powerful, satirical poem that explores the consequences of staying silent in the face of oppression.

When Niyi Osundare wrote poetry criticizing his country’s rule, security officials frequently visited him to ask him what he meant in his poems. The Nigerian author penned ‘Not My Business‘ in defiance of the brutal dictator General Sani Abacha. Abacha, who reigned from 1993-1998, and his rule saw multiple cases of human rights abuse. Still, Osundare felt a duty to express his grievances and the injustices he saw happening around him. In his poem, he emphasizes the importance of this duty for every human being, through his satirical portrayal of a selfish, ignorant speaker.

Explore Not My Business

‘Not My Business‘ is about the spread of oppression in the world and the consequences of staying silent in the face of injustice.

In this poem, the speaker recounts three separate instances of oppression that he sees around him. Each instance has its own defining characteristic that reinforces this system of oppression: violent suppression, the human impact, and loss of livelihood. Despite all this, the speaker chooses to remain indifferent. He refuses to take any responsibility to stop what he can clearly see as injustice. Instead, he focuses on worldly pleasures and his own needs. #

Finally, his selfishness catches up to him as the same oppressive forces that he helped to enable, arrive at his doorstep, to mistreat him in the same way. The speaker is truly shocked since he thought he was superior and that this suffering could never fall on his shoulders.

They picked Akanni up one morning

‘Not My Business‘ begins by referring to a general, ambiguous “they”, suggesting the speaker’s carelessness or lack of awareness of the unjust forces. It also promotes a feeling of ominous dread towards the enemy. The victim being mentioned by name (Akanni) encourages the reader to feel basic human empathy.

The second line of this stanza is interesting in its attempt to tone down or minimize the victim’s suffering. It is compared to something “soft like clay”. Again, this implies the speaker doesn’t really care about the seriousness of his torment. The particular reference to clay also hints at how rebels or dissenters are forced into submission. The oppressive forces try to make them more malleable, so their thoughts and actions are easier to control. Moving on, the “waiting jeep” is personified by referring to its “belly”. It seems like a predator or a hungry beast, and Akanni is reduced to its helpless victim.

They came one night

Where the previous stanza recounted an event that took place in the morning, this stanza references the night. This suggests that the oppressive forces have become highly pervasive and ever-present. “Booted” and “dragged” are powerful words because they are highly physical (or kinesthetic) and connote violence. They also parallel “beat” and “stuffed” in stanza one. However, following this strong vocabulary is “a lengthy absence”. This is a euphemism for what the victim might actually be facing, which can range from life imprisonment to death.

It is also important to consider that the forces abducting people like Danladi may also attempt to conceal their actions. They may not tell the truth about the suffering and torment their victims are going through. This has happened multiple times in past history, and the general public is thus misled. The speaker seems to have fallen for this lie. He may passively absorb the information fed to him rather than critically thinking about the injustices taking place around him.

Lastly, this stanza also mentions the house, personifying it by saying it has been woken. This is meant to implicitly draw the reader’s attention to Danladi’s family. The reader ponders the effect of a single disappearance on the wider circle of people, and how it would contribute to an atmosphere of fear, tragedy, and suppression.

Chinwe went to work one day

Only to find her job was gone:

The poem moves from dealing with the effects of resistance on one’s family to one’s livelihood and means of sustenance. Chinwe’s everyday life must have been uprooted by this sudden, unexpected loss of employment and all the consequences that come along with it. This was a callous decision to make since she only found out once she arrived at work, to show how people like her are clearly considered this insignificant or unworthy.

The repetition in the third line has a tone of surprise or incredulity. It seems as if she cannot believe that she has to deal with such a betrayal. Like the poem’s speaker, Chinwe might have also thought she was safe. However, the poem shows the aftermath of this type of mistaken complacency.

The fourth line is heavily sarcastic: “one neat sack” reflects the oppressors’ perspective. They are ruthless and unfeeling they can be as they once again trivialize something that has an immense impact on the victim’s life.

And then one evening

As I sat down to eat my yam

Waiting, waiting in its usual silence.

Here comes the shift in events. The stanza begins with the speaker retelling his own experience instead of someone else’s, creating a sense of doom for what could possibly happen to him. His daily yam-eating ritual that was so intrinsic to his life has been interrupted.

The “knock on the door” is an auditory image. It suddenly heightens the fear felt by the speaker as well as the reader. The alliteration in “hungry hand” draws attention to this line and makes it more powerful. His surroundings mirror his feelings of surprise, as seen with the personification in the “bewildered lawn”. This is a strange image, but it may reflect how he is all alone. After all these instances of mistreatment, there is no one left around him to mourn his loss except for nature, which is ultimately powerless to do anything.

The image of the waiting jeep from the first stanza returns as if it had been there all the while. It searches for its prey like a hungry beast that will never be satisfied until everyone has fallen victim to it. This proves that oppression, in any shape or form, is long-lasting. These hierarchies will continue to operate until every potential form of resistance has been crushed.

‘Not My Business‘ is written in free verse, with no rhyme scheme, and is made up of four stanzas. The first three stanzas have the same structure: they begin with a description of the events taking place, and end with a three-line refrain in which the speaker asks a question. This pattern, once established, is then broken in the final stanza to reflect how the speaker’s situation also takes a sharp turn.

The refrain in ‘Not My Business‘ is repeated for emphasis since it tells us a lot about the speaker’s character. He asks a cruel rhetorical question through which he clarifies that he feels no responsibility to take action against injustice, as long as it only targets other people. Instead, his focus is on his yam, a form of nourishment and a symbol for his own sustenance and fulfilling worldly desires.

Why did Niyi Osundare write ‘Not My Business‘?

Osundare likely wrote ‘Not My Business‘ to call out the widespread oppression he saw around him in Nigeria, as well as general human selfishness in the face of this.

What is the meaning of the poem ‘Not My Business‘?

The intended meaning is that one should notice the political climate in their surroundings, keep track of any instances of mistreatment, and speak up for what they believe in until it gets too late.

What is the mood of the poem ‘Not My Business’?

The mood of the poem is satirical, but it is also serious and ominous because it discusses dire events and how most people are callous towards what requires serious attention.

What is the historical context of the poem ‘Not My Business‘?

This poem was written in the context of General Abacha’s brutal dictatorship in Nigeria. During his rule, he banned all political activity and controlled the press, to repress any opposition towards him.

How is the poem ‘Not My Business‘ an example of satire?

The poem mocks the speaker’s apathy and sense of superiority. He apparently believed that he was immune to being a target of oppression, but the poem denounces his mistaken belief.

A few other poems that deal with similar themes and ideas to ‘Not My Business‘ have been listed below.

Home » Niyi Osundare » Not My Business 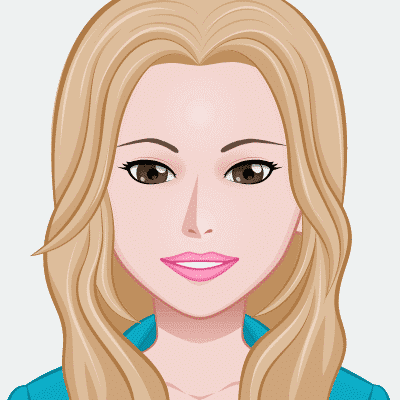 Marguerite was a teacher for various courses, such as writing and literature, until she decided to pursue a career in researching, writing, editing and community engagement. She now has two published research papers, including one on examining text-image relationships in a poetry anthology illustrated by the Irish illustrator Harry Clarke titled The Year’s at the Spring.
Subscribe
0 Comments
Inline Feedbacks
View all comments