On Easter Day by Oscar Wilde

‘On Easter Day’ by Oscar Wilde asks readers to consider how Christian teachings align with the modern-day Pope. It’s about the importance of not putting man-made desires and institutions ahead of God. 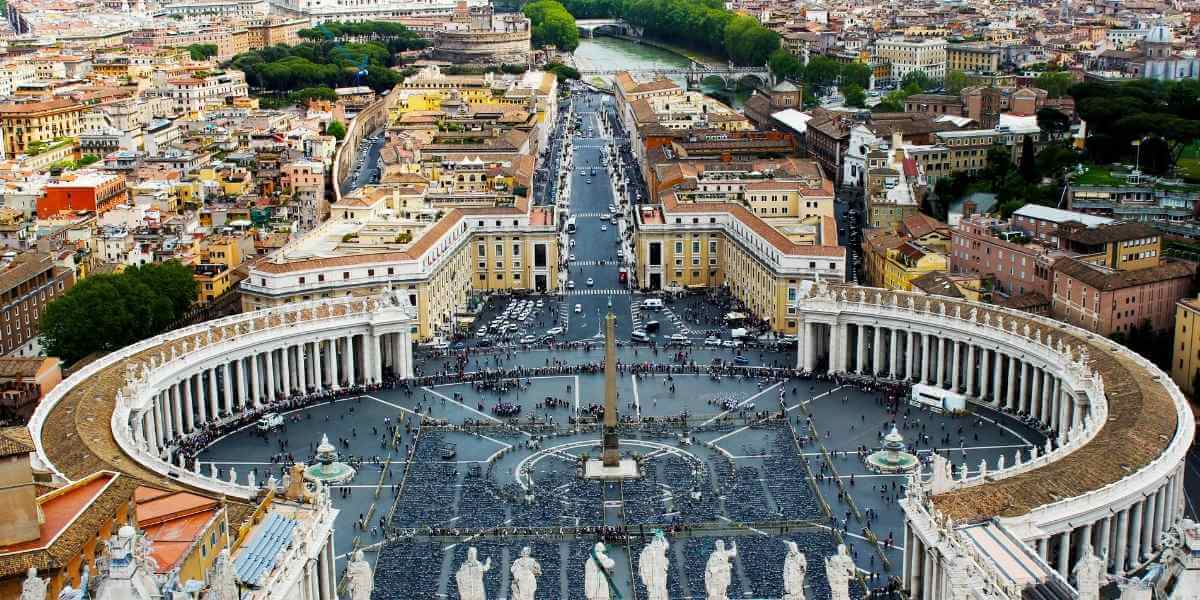 The poem is a sonnet of fourteen lines written in the Italian or Petrarchan style. Wilde penned the piece for Easter, but it is not a traditional celebration of the day. Instead, ‘On Easter Day’ is critical of where Catholicism is at the moment and draws direct contrasts with Christ’s life and how the Pope is treated.

‘On Easter Day’ by Oscar Wilde is an occasional poem written in order to remind readers of the true teachings of Christianity on Easter.

In the first lines, the poet’s speaker describes the pomp and circumstance surrounding the appearance of the Pope. There are trumpets and worshipers bowing. When the man appears, he’s dressed as a king with jewels and gold.

The second part of the poem changes tactics and includes allusions to Christ’s life. It asks readers to consider how different Christian teachings really are from what he’s observed with the Pope.

‘On Easter Day’ by Oscar Wilde is a fourteen-line sonnet that is contained within a single stanza, as is traditional. The poet chose to use the rhyme scheme of ABBAABBACDEEDC. This makes the poem a Petrarchan sonnet, as does the fact that Wilde uses iambic pentameter to structure the lines. This means that each line contains five sets of two beats, the first of which is unstressed and the second of which is stressed.

The main theme of this poem is religion. The poet is critical of Catholicism. Particularly the way in which the Pope is treated. He lives a life of luxury, surrounded by immense wealth, jewels, and all the perks of living as a king. This, he thinks, is in direct contradiction with the way that Christ lived and the way of life he preached. The poet wants to call the reader’s attention to this fact and ask them to reanalyses the way they may regard the Pope or any religious figurehead other than God.

Throughout this poem, the poet makes use of several literary devices. These include:

The silver trumpets rang across the Dome:

The people knelt upon the ground with awe:

And borne upon the necks of men I saw,

Like some great God, the Holy Lord of Rome.

In the first stanza of the poem, the poet begins with an example of anaphora as he describes the sound of “silver trumpets” being played across the “Dome” of what is likely St. Peters Cathedral in Rome. In the square are men, women, and children gathered to see the Catholic Pope. They bowed to him and honored him, wearing necklaces with his visage on them. He was taking on a role that no man, the poet suggests, should.

The people honor and worship the Pope when in the heart of Christian teachings, this kind of honorific is not supposed to happen. One famous passage from the Bible, Exodus 20, includes:

You shall have no other gods before me. “You shall not make for yourself a carved image, or any likeness of anything that is in heaven above, or that is in the earth beneath, or that is in the water under the earth. You shall not bow down to them or serve them, for I, the Lord your God, am a jealous God, visiting the iniquity of the fathers on the children to the third and the fourth generation of those who hate me […].

Priest-like, he wore a robe more white than foam,

And, king-like, swathed himself in royal red,

Three crowns of gold rose high upon his head:

In splendor and in light the Pope passed home.

The poet’s speaker goes on to say that the Pope appeared like a priest, wearing a “white” robe. But, at the same time, he appeared as a king, wearing “royal red” and “Three crowns of gold.” The poet is trying to draw readers’ attention to these elements of the Pope’s appearance in order to critique the way in which the role of the Pope is being maintained. He reminds the reader that no one who is meant to be a servant of God should appear as a king, and he certainly should not be worshiped in place of God.

My heart stole back across wide wastes of years

To One who wandered by a lonely sea,

And sought in vain for any place of rest:

“Foxes have holes, and every bird its nest,

I, only I, must wander wearily,

And bruise My feet, and drink wine salt with tears.”

There is a “turn” or volta between lines eight and nine, as is traditional in Petrarchan sonnets. The poet moves into a first-person narrative perspective and has his speaker describe what he felt about the entire situation. He describes his heart going back across wide “wastes of years” to the past and to “One,” Christ, who wandered by the sea looking for a place to rest.

He’s drawing a distention between the way that the Pope lives and is treated and the way Christ lived. The two have very little in common if anything. Christ, in this depiction, is seeking out a home and has no real following, while the Pope is honored with worship, jewels, money, and a kingly status.

What is the tone of ‘On Easter Day?’

The tone is critical and analytical. The poet is asking readers to reanalyze and rethink the way that the Pope is treated by Christian worshipers, including the worship itself and the money/jewels.

What is the theme of ‘On Easter Day?’

The main theme of the poem is religion. The poet is critiquing modern Catholicism and the way that one man, the Pope, often appears to be put ahead of God/Christ.

What kind of poem is ‘On Easter Day?’

‘On Easter Day’ is a Petrarchan sonnet and an occasional poem written with fourteen lines. The poem follows a rhyme scheme of ABBAABBACDEEDC.

What is the meaning of ‘On Easter Day?’

The meaning is that while it’s easy to get caught up in pomp and circumstance, especially when it comes to the Pope, it’s important to remember (especially on Easter) what is at the heart of Christianity.

Readers who enjoyed this poem should also consider reading some other Oscar Wilde poems. For example: