Meeting the British by Paul Muldoon

‘Meeting the British’ is written in the context of Pontiac’s War of 1763 that took place in the aftermath of the French and Indian war during 1754-1763. This piece appears in the 1987 poetry collection by Paul Muldoon by the same name. 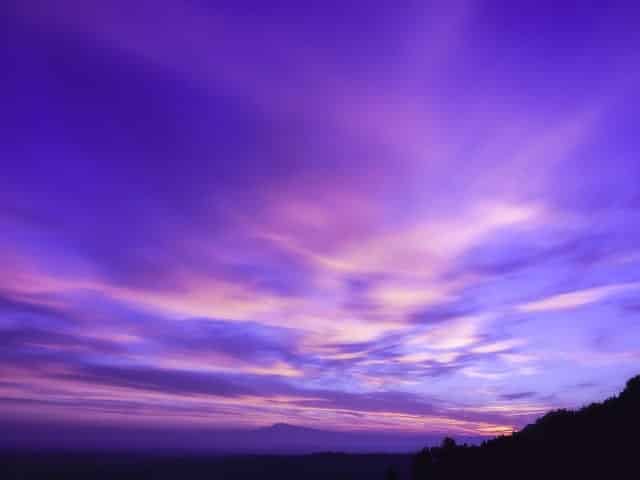 ‘Meeting the British’ is written by the former president of the Poetry Society of the United Kingdom, Paul Muldoon. It is the titular poem of Muldoon’s poetry collection by the same name. In this poem, Muldoon records a Native American’s views on colonizers hailing from France and England. Further, it implicitly draws attention to the context of Pontiac’s Rebellion of 1763 and the response of British colonizers to the offenders.

‘Meeting the British’ by Paul Muldoon is a postcolonial poem about a Native American’s feeling about the colonizers during the Pontiac’s War.

The speaker of the poem (an American Indian of the mid-18th century) begins this piece by saying how they became familiar with British colonizers. It was the dead of winter and the sky was purplish. The snow also reflected a purple, bluish hew. Back then, he found two frozen streams, each of them symbolizing the colonizers. Then he alludes to two military commanders from the British army, General Jeffrey Amherst and Colonel Henry Bouquet who led the expedition to suppress the rebellion of 1763. He informs how they targeted Indians by exposing them to blankets infected with smallpox.

We met the British in the dead of winter.
The sky was lavender

and, no less strange,
myself calling out in French

The very first line of ‘Meeting the British’ is separated from the following lines. It alludes to the time when the British colonizers first came to America. The time mentioned in the poem is the “dead of winter”. This phrase already has an eerie effect on a reader’s mind. Besides, it also hints at the nature of those who set out for a venture during that time of the year. They were like wild creatures who came out to hunt when the natives were vulnerable due to the chilling cold.

Then the sky’s color resembled the purplish hue of the lavender. This color also had a symbolic meaning. It points at the ideas of royalty, glory, and wealth. Muldoon makes use of this color in order to depict the nature of British colonizers. Besides, he uses other visual imagery to describe the color of the snow. It also reassembled the hue of the sky.

Moving on to the next lines, here readers find a reference to two frozen streams. Each of them symbolizes the colonizers from France and England. The source of the streams was somewhere else and they froze (settled) in the American Indians’ homeland. It also hints at the cold cruel nature of the colonial rulers. They are not strange to the speaker as he has already encountered the French counterparts. He learned their language as well.

across that forest-
clearing. Neither General Jeffrey Amherst

They gave us six fishhooks
and two blankets embroidered with smallpox .

Then in ‘Meeting the British,’ readers find the speaker calling out someone in French. It is not clear whom he tries to point at. He is probably giving an alarm call to other Indians regarding the arrival of the British army. As this poem is written in the context of Pontiac’s War, this inference seems to be more suitable.

In the next lines, the speaker points out the names of General Jeffrey Amherst and Colonel Henry Bouquet who oppressed the offenders. The former’s policies alarmed the Native Americans to fight back. While the latter was given orders to suppress the rebels. According to the speaker, both of them could not stomach their “willow-tobacco”. It is a symbol of their resistance.

The colonel unusually shook out his perfumed handkerchief and described its scent in French. According to him, his handkerchief smells like lavender, a purple flower like the sky. In this way, Muldoon again draws attention to the color of the sky symbolizing the British colonizers.

Lastly, the speaker alludes to an infamous incident that happened during the Pontiac’s Rebellion. To suppress the rebels, British officers gave blankets infected with smallpox to Indians. The speaker says that they gave the Indians six fish hooks to hang the blanket embroidered with the germ.

‘Meeting the British’ is a free-verse lyric poem written from the perspective of a first-person speaker. He is a Native American from the mid-18th century. In the beginning, the plural pronoun “we” is used to convey a sense of solidarity. Then, Muldoon uses the pronoun “I” in order to bring a lyrical effect. The overall text consists of nine couplets. There is no regular rhyme scheme or meter. However, Muldoon makes use of a few internal rhyming and half-rhymes as well.

Muldoon’s ‘Meeting the British’ showcases the use of the following literary devices.

What is the poem ‘Meeting the British’ about?

Paul Muldoon’s poem ‘Meeting the British’ is about a Native American speaker’s reaction to the British colonizers in the wake of Pontiac’s War of 1763. He describes how the colonizers settled in their land and tried to suppress their voices by using inhumane means.

When was ‘Meeting the British’ published?

The poem ‘Meeting the British’ was first published in 1987. It appeared in Paul Muldoon’s collection of poetry by the same title. It is an account of Pontiac’s War in the aftermath of the French and Indian War.

What type of poem is ‘Meeting the British’?

It is a free-verse lyric poem that consists of a total of nine couplets or eighteen lines. There is no regular rhyme scheme or metrical pattern in the poem. The flow and rhythm of the text are maintained by the use of enjambment and half-rhymes respectively.

What is the theme of ‘Meeting the British’?

This poem taps on a number of themes that include colonization, bitterness, oppression, and history. The main idea of the poem concerns a speaker’s disgust with foreign settlers and the way they treat the indigenous people.

Readers who enjoyed ‘Meeting the British’ by Paul Muldoon can also find the following poems interesting.