Before beginning ‘Love’s Philosophy’ is important to discuss the title. The term “philosophy” carries with it some heavy implications. The title implies that the speaker understands a set of logical laws by which love itself must abide. This suggests that love works in a certain and specific way, though it might be, at times, difficult to understand. Though there may be different views about love, this author suggests that love can be understood through logic, just as life can be understood through logic and the use of philosophy. 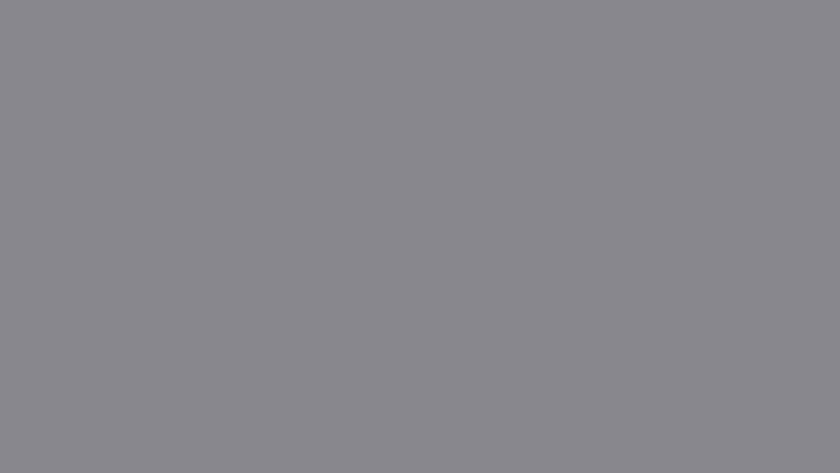 ‘Love’s Philosophy’ by Percy Bysshe Shelley contains a speaker’s plea to his lover that she allow him to love her physically.

In the first lines of this poem, the speaker describes the movement of water from fountains into rivers and then the rivers into oceans. He also speaks about the winds in heaven and how they move and mix like the water but with even more beautiful emotional poignancy. Shelley emphasizes the importance of understanding interconnectivity and the fact that the world is connected bit by bit through spirit. He uses this as an argument to address “you,” the person he loves. He believes that since they are already connected that they should come together as lovers.

The poem concludes with the speaker describing the mountains, heaven, and the embrace of the waves. He thinks it would be a shame if she did not accept his physical love. Without her, all the beautiful connections in the world seem worthless.

Shelley makes the themes of ‘Love’s Philosophy’ quite clear. They include love, sex, and the interconnectivity of nature. The latter is used as an excuse for the speaker to plea with the listener for the first two. He is seeking out love and the sex he believes should come with it and sees evidence for the rightness of his desire in the world around him. Shelley uses the movement of the wind, the waves, and all other living things to try to convince the listener that they should have sex with him.

‘Love’s Philosophy’ by Percy Bysshe Shelley is a two stanza poem that follows a simple rhyme scheme of ABABCDCD. This pattern reamins consistent, made up only perfect/full rhymes. The meter is slightly more complicated. Most of the lines are written in trochaic tetrameter but it does not maintain its structure throughout the entire poem. For example, the opening line of the poem has an extra unstressed syllable at the beginning. This can be contrasted against the following line which is in perfect trochaic tetrameter.

Shelley makes use of several literary devices in ‘Love’s Philosophy’. These include but are not limited to examples of a conceit, alliteration, and enjambment. The first, a conceit, was poplarized by the poet John Donne in works like ‘The Flea’. It describes an original and striking metaphor that in this case, as if the ‘The Flea’ is seeking to convince the listener of something. Shelley compares sex to the way that all natural elements interact with one another in an attempt to seduce the listener of the poem.

Alliteration is a common formal element that can be seen in most poetic writing. For example, “meet” and “mingle” in stanza one as well as “high heaven” in stanza two. Enjambment is another structural device that can be seen in the transition between lines. For example, between lines one and two of the first stanza as well as lines three and four of the second stanza.

The fountains mingle with the river

And the rivers with the ocean,

The winds of heaven mix for ever

With a sweet emotion;

Nothing in the world is single;

All things by a law divine

In one spirit meet and mingle.

Why not I with thine?—

The speaker begins his explanation of the philosophy of love by describing different parts of nature. He talks about “the fountains” and the way they “mingle with the river”. He then mentions the rivers, and how they meet with the ocean. These all symbolize people and imply that people are meant to mingle with one another. The speaker then says that “the winds of heaven mix forever with a sweet emotion”. With this description, the speaker suggests that the physical and the emotional are connected in some way. He calls it “a divine law” that “all things” would be “in one spirit” and eventually would “meet and mingle”. This symbolizes humanity and the speaker’s belief that human beings were meant to mingle with one another both physically and emotionally. The use of the phrase “in one spirit” implies the idea that human beings are meant to connect with one another spiritually as well.

With the last line of this stanza of Love’s Philosophy, the speaker asks his hearer, “Why not I with thine?” This question reveals that the speaker’s desire for love is not yet satisfied. The question implies his belief that it would only be natural for he and his lover to unite, body, soul, and mind. He believes that it would be every bit as natural as the river mingling with the sea, for he and the one he loves to be one. The tone of the question, however, implies that this love is either unrequited, or he is far away from the one he loves, or he is posing the question to his would-be lover for the very first time.

And the waves clasp one another;

No sister-flower would be forgiven

If it disdained its brother;

And the sunlight clasps the earth

And the moonbeams kiss the sea:

What is all this sweet work worth

If thou kiss not me?

The speaker begins, again,  to describe the ways in which different parts of nature interact and depend upon one another. He says that “the mountains kiss high heaven” and that “the waves clasp one another”. It is clear that he longs to have a physical relationship with the person he loves. His descriptions of the physical interactions between parts of nature imply his belief that physical interaction between two people is natural. He communicates to his lover that it feels unnatural to be kept away from her. The speaker then uses flowers to further describe his feelings about his unsatisfied feelings. He describes a “sister flower” and claims that it would not “be forgiven” if it were to deny “its brother”. This description causes the readers to lean toward the idea of this poem is about unrequited love. The word “disdained” seems to imply that the one to whom he speaks remains separate from him by her own choice. To the speaker, this seems unnatural because he longs for her love so strongly.

He continues to describe the physical relationships between parts of nature when he claims that “the sunlight clasps the earth”. This imagery allows the reader to understand the depth of the speaker’s feelings. He feels as though to clasp the one he loves in his arms would be as natural as it is for the rays of the sun to grasp the earth. He describes the way “the moonbeams kiss the sea,” further expressing his physical desire for the one to whom he speaks. The continuous personification of nature and the words used to describe the relationships therein give insight into the intensity of the speaker’s feelings. Words such as “mingle,” “clasp,” and “kiss” all reveal the physical nature of the speaker’s desire. However, phrases such as “sweet emotion” and “in one spirit,” imply that his desires are deeper than the physical. He longs to be united with the one he loves spiritually and emotionally as well as physically.

The speaker ends Love’s Philosophy with a question similar to the one he asked at the end of the first stanza. He asks, “What is all this sweet work worth if thou kiss not me?” This is a heavy question. He reveals his feelings that nothing he has observed in life or nature holds any value to him if he is not to be united with the person he loves. This final line intensifies the tone of the rest of the poem because it implies not only the speaker’s intense desire for the one he loves but also his lack of interest in living life apart from her. This allows the reader to understand the depths of his love.

It is interesting, however, that the speaker has already implied that the one he loves feels disdain for him. Thus, it is ironic that he can claim that love between the two of them would be as natural as the meeting of the river and the ocean when it is clear that the one he loves does not share his feelings. To her, it might feel very unnatural to be united with him whether physically, spiritually, or emotionally. The speaker does not seem to offer much insight into the feelings or thoughts of the one he loves other than a subtle implication that she feels disdain for him.

Thus, the reader can gather that although he feels strongly for her, he does not understand her feelings nor take them into consideration when he claims that it is unnatural for them to be apart, but natural for them to be together. This gives the readers the idea that although his love is intense, it is quite possibly immature. He may feel a deep longing for this woman, but he has not been able to identify with her feelings and honor her feelings. If he had, he may have been able to let go of her. As it is, the poem reveals an inability to let go of her, and persistence in obtaining her despite her feelings toward him. All of these factors can lead the reader to believe that Love’s Philosophy is written about the classic feeling of unrequited love.

There are countless creative love poems that have been written throughout the ages, many of which use clever conceits such as seen in this piece. Some of the best belong to John Donne. These include ‘The Flea’ and ‘A Valediction: Forbidding Mourning’. Some other poems that are slightly different but still relatable to ‘Love’s Philosophy’ are ‘Love’s Language’ by Ella Wheeler Wilcox and ‘Love‘ by Eavan Boland.

Allisa graduated with a degree in Secondary Education and English and taught World Literature and Composition at the high school level. She has always enjoyed writing, reading, and analysing literature.
Subscribe
2 Comments
Newest
Oldest Most Voted
Inline Feedbacks
View all comments