Philip Larkin’s poem, ‘Money,’ is a powerful critique of the consumerist culture inherent in modern society through the personification of money itself.

‘Money‘ is a satirical swipe at consumerist values in society and the soul-destroying ideology of money as happiness.

Written in 1973, in a culture of rising inflation and economic restructuring, Larkin criticizes society’s obsession with money. The ideological notions of money and power are critiqued as Larkin interrogates money itself in its personified form. He observes how society spends money on ‘cars’ and a ‘wife’ and makes a scornful comment on the futile act of saving. The speaker critiques the unjust inequality in power relations created as a result of money as he reflects on capitalist institutes and their stark juxtaposition to the ‘slums’.

Larkin critiques consumerist values as he reflects on the spending culture in society and how people waste their money on ‘goods and sex’ as well as a ‘second house and car and wife’. In the final stanza, Larkin further criticizes institutes that harbor money such as the church as he compares its grandeur to the slums that lay beside it.

Larkin further explores the impermanence of money as he states that you can’t take money to your grave. Money, in the end, ‘won’t buy you more than a shave’. He reflects on why people waste their whole lives saving money and missing their youth when money will cease to matter in death.

‘Money‘ also explores the correlation between money and happiness in today’s modern age. Society assumes that happiness can be purchased because ‘clearly money has something to do with life’. The speaker does not align himself with these modern values and his reflection on money leaves him ‘intensely sad’.

The poem consists of four quatrains to mimic each financial quarter that Larkin references in the first line. Despite being a Modernist poet, Larkin defies the literary expectations to ‘make it new’ by employing a strict rhythmic meter, creating an almost staccato rhythm. This is, again, a critique on the constraints of money and almost onomatopoeically mimics the sound of counting coins.

Larkin employs an AABB rhyme scheme that depicts his comparisons between money and life. The rhyming couplets create a sense of monotony. The speaker is tired and exhausted from a life that proposes all that he does is work, save and spend. Using such a highly structured verse further alludes to the tight constraints money imposes on you.

Throughout this poem, Owen makes use of several literary devices. This includes but is not limited to:

Quarterly, is it, money reproaches me:
‘Why do you let me lie here wastefully?

The adjective ‘Quarterly’ immediately introduces the reader to the numerical constraints of money. The use of quatrains further enforces this. Life is conveyed as quantifiable. Through the use of the verb ‘reproached’, we can see the speaker’s disdain for money and disapproval of materialistic modern values. Money itself is personified as it directly addresses the speaker: ‘Why do you let me lie here wastefully?’. Larkin is making a satirical comment on the futility of saving, emphasized through the adverb ‘wastefully’.

I am all you never had of goods and sex.
You could get them still by writing a few cheques.’

Money continues its apostrophe to the speaker, stating that the speaker is missing out on modern indulgences such as ‘goods and sex’, as a result of saving. Here, Larkin is making a satirical comment on the materialistic pleasures and hedonistic excesses that dominate society. The use of sibilance creates a tone of temptation as ‘money’ is urging the speaker to spend his earnings – he too could indulge in a life of materialism with ‘just a few cheques’.

So I look at others, what they do with theirs:
(…)

Here the speaker takes on the role of observer – he is reflecting on how society does spend their money. A conflict between the speaker’s ideological values and the materialistic values of society is created through the antithesis of the first person pronoun ‘I’ and the third person pronoun ‘their’. The adverb ‘certainly’ further enforces this disparity. The speaker recognizes that it is not a societal ‘norm’ to save money through his subtle allusion to consumer culture.

(…)
Clearly money has something to do with life

A syndetic list is employed to exaggerate the over-consumption of modern luxuries: ‘a second house and car and wife’. Society’s spending is depicted as superfluous. The realization that money is what governs the world is emphasized through the adverb ‘clearly’. There is a semantic field of domesticity that furthers the idea that this is the view that society blindly follows – it has been ingrained in us through socialization.

Here, the speaker is comparing money to life: both are there to be spent. The use of a caesura at the start of the stanza creates an effect of realisation. It further acts as a volta in the poem. Prior to this, the speaker was pondering on how society spends money and how he should be spending his. Now, the speaker is experiencing an almost epiphanic understanding that ultimately, money is worthless when you are dead. The futile act of saving results in a misspent youth. The antithesis between the adjective ‘young’ and the idea of retirement, further emphasizes this change of perspective.

A metaphor for money is employed through the noun ‘screw’, which has connotations of workmanship and hard-earned cash. The speaker also refers to death through the euphemism ‘shave’, which is alluding to the final shave of a corpse in death in preparation for the coffin. Here the transitory nature of both money and life is explored as the author basically states that money is useless in death.

(…)
From long french windows at a provincial town,

Again, money is personified as the speaker hears it ‘singing’ – an innate appeal to the human aesthetic. It is all-consuming and showcased across society. A theme of capitalism is invoked through the simile of the ‘long French windows’, connotating wealth and prestige. This starkly juxtaposes the ‘slums’ of the next stanza, emphasizing the socio-economic effects of money and the inequality it creates within society.

The slums, the canal, the churches ornate and mad
In the evening sun. It is intensely sad.

Here, the speaker is extending the simile of looking through the ‘long french windows….in the evening sun’. An asyndetic list is employed to emphasize all of the institutions that are affected by money’s unjust distribution. The hypocrisy of the church is further enforced through its personification of it being ‘ornate and mad’ in stark juxtaposition to the dirty slums that lay alongside it. The simple sentence that ends the poem summarises the speaker’s view of money and the way it governs peoples’ lives as ‘intensely sad’.

‘Money‘ was written in 1973 during an age of inflation following the oil shock. The price of oil had risen around 40%, which caused the population to panic buy in fears that the price would increase further. The government was also trying to boost consumer spending. Larkin employs a cynical tone to critique this consumerist ideology.

What is the literary context of the poem ‘Money‘?

Larkin was a poet in the Modernist era; however, he was part of a group of writers called ‘The Movement’ who wanted to maintain English values and the tradition of writing, without rejecting form and verse like other Modernist writers.

Where is ‘Money‘ set?

‘Money‘ is set in England in the second half of the 20th century during a period of inflation and mass consumerism.

Why did Larkin write ‘Money‘?

Like his other poems, Larkin writes in the context of post-war Britain and explores the effects this has had on society. He makes satirical comments on the wasted desires of people as a result of rising commercialism.

The speaker of the poem is an individual who is disgruntled with the way society spends its money. They are made ‘intensely sad’ by the inequality caused by money and by society’s obsession with materialism.

What collection is the poem from?

‘Money‘ is from a collection of poetry titled ‘High Windows’ published in 1974. It was Larkin’s last volume of poetry. The poems explore the human condition.

Readers who enjoyed reading ‘Money‘ should consider reading some other Philip Larkin poems, such as:

Some other related poems that could be of interest include: 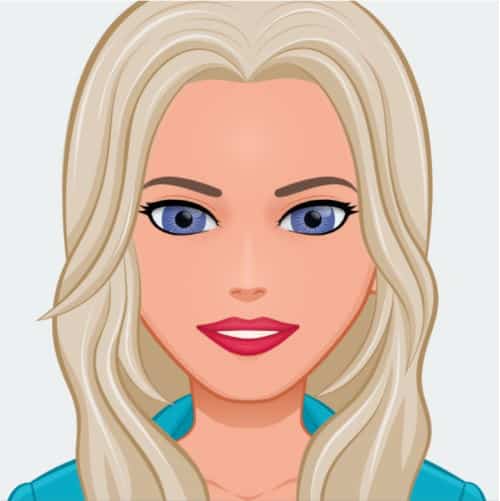 Victoria achieved an Honours degree in Language and Literature, a Post Graduate Certificate in Education, and a Master's degree in International Education. She has over ten years of experience as a secondary English Teacher and thoroughly enjoys analyzing poetry.
Subscribe
0 Comments
Inline Feedbacks
View all comments