Animals Are Passing From Our Lives by Philip Levine

‘Animals Are Passing From Our Lives’ by Philip Levine is a thoughtful piece about the treatment of all living things. It was written in the mid-1960s during protests over the Vietnam War in the United States. 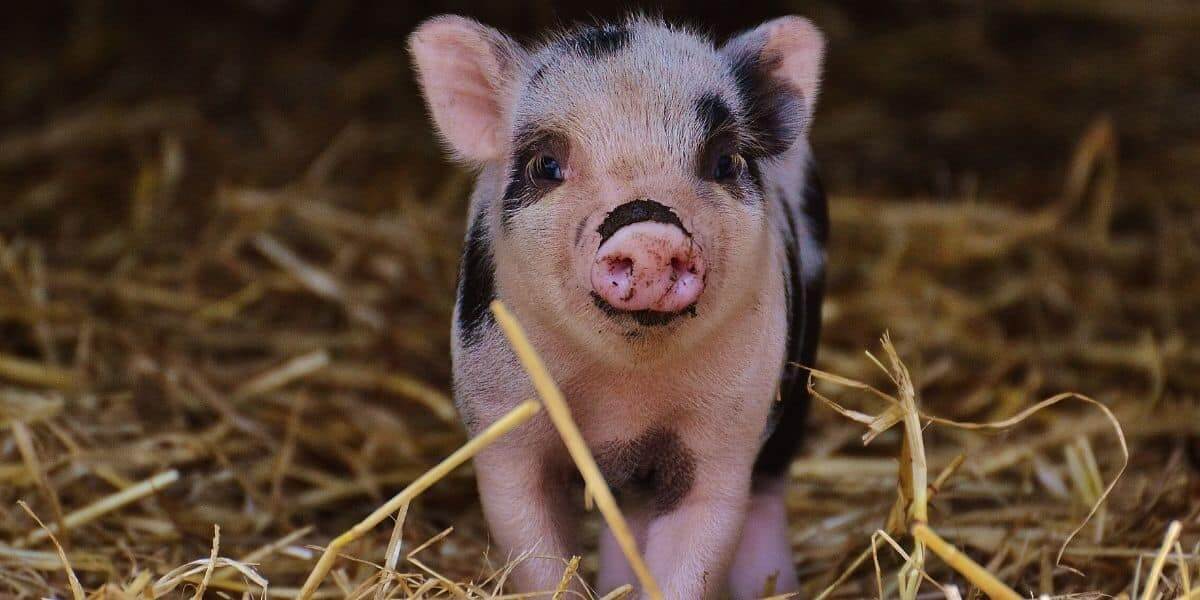 This poem was published in 1968 in Levine’s first collection, Not This Pig: Poems. The title comes from the last line of this poem. ‘Animals Are Passing From Our Lives’ is filled with wonderful examples of imagery and examples of figurative language. There are several memorable similes to discover within the short lines.

Explore Animals Are Passing From Our Lives

‘Animals Are Passing From Our Lives’ by Philip Levine is an incredibly powerful poem about animal rights and the treatment of all living things.

The poem is told from the perspective of a pig who is on his way to market to be slaughtered. He knows exactly what is happening and what’s in store for him. He’s intelligent enough to put the “suffering customers” around him and refuse to act in any animalistic way (as the boy “driving” him would expect). The poem concludes with the phrase “No. Not this pig.”

It’s wonderful how I jog

In the first stanza of ‘Animals Are Passing From Our Lives,’ the speaker, a pig, begins by talking about his movements and toes. The pig describes its movements through interesting imagery. These lines convey the pig’s movements and should be easy for readers to envision. He uses the word “wonderful” to describe his own movements, a word that the reader would like not relate to pigs.

There is a simile in these lines as well. The poet writes: “my massive buttocks slipping / like oiled parts with each light step.”

I’m to market. I can smell

and the pudgy white fingers

In the second stanza, the pig expresses his awareness that he’s on the way to the “market.” He’s going to be slaughtered, and the sights, sounds, and feelings he’s going to experience are coming to mind. This includes the grooved block where he’ll be killed and the blade. The human’s “pudgy white fingers” are also mentioned in this stanza.

These descriptions do not contain the reverence that the previous stanza does. He was celebrating his own movements, but here is leaning into the horror of what’s to come.

that shake out the intestines

who drives me along believes

The simile “shake out the intestines / like a hankie” suggests what the reader already knows to be true, that killing animals is a simple thing. It has no more meaning to some people than shaking out a “hankie.”

The word “suffering” is used three times in the next lines. The speaker is thinking about the future and his death and how the people around him are going to react. Rather than refer to himself and his fellow animals as “suffering,” he suggests that the children and customers are suffering.

These people won’t look into the pig’s eyes, fearful of what they’re going to see there. This “thing” they might see is life and consciousness. It is anything that would make them feel guilty about eating the animal and taking its life. The fear is a representation of this.

that any moment I’ll fall

on my side and drum my toes

with my teeth. No. Not this pig.

In the last two stanzas, the speaker picks up where he left off in the fourth stanza. A boy is driving the pig to market, meaning that he is forcing the pig to walk there. He believes the pig is far more simple-minded than he is. He thinks he’ll fall on his side, “drum” his toes “like a typewriter,” or get excited over something everyone is already used to.

The pig pushes back this assessment of his intelligence and his pride. He won’t turn into a beast and “hook” his own teeth on the boy. No, he concludes, “Not this pig.” This incredibly self-aware final statement is an interesting way to end the poem. It should evoke emotion in the reader, perhaps even make them reconsider their treatment of animals.

‘Animals Are Passing From Our Lives’ by Philip Levine is a six stanza poem that is separated into sets of four lines, known as quatrains. These quatrains are written in free verse. This means that the lines do not follow a specific rhyme scheme or metrical pattern. The lines use a variety of different end words and are different lengths. There are a few examples of half-rhyme though, and even an instance of exact rhyme. For example, “smell” is repeated at the end of lines one and two of the second stanza.

What is the theme of ‘Animals Are Passing From Our Lives?’

The main themes of this piece are the treatment of living things, in this case, animals, and worth/value. Depending on one person’s evaluation of someone’s conciseness and worth, their treatment of that creature or person will vary. In this case, human beings have a skewed opinion of the pig’s intelligence. The pig knows exactly what’s going on and can even pity human beings.

Who is the speaker of ‘Animals Are Passing From Our Lives?’

The speaker is a pig who is on its way to be slaughtered for meat. The pig knows what lies ahead and addresses multiple elements of the end of its life.

What is the purpose of ‘Animals Are Passing From Our Lives?’

The purpose is to explore the experience of an animal, in this case, a pig, as it makes its way towards the market where it is going to be killed. The pig is self-aware and aware of the humans’ experiences around them.

Readers who enjoyed this poem should also consider reading some other Philip Levine poems. For example:

Home » Philip Levine » Animals Are Passing From Our Lives