Over his lifetime Shakespeare wrote 154 sonnets. They were published together in what is known as a “quarto” in 1609. A quarto is a book or pamphlet that is folded and bound together. This kind of book is around 12 inches tall. The word “quarto” is associated with this form because each leaf of the quarto represents one-fourth of the size of the original sheet prior to folding. This book was titled Shake-speare’s Sonnets. The 154 sonnets are followed by a longer poem, ‘A Lover’s Complaint’.

During the Elizabethan era in which Shakespeare was writing, plays and poems were often printed and distributed in this format. His sonnets were to be published as a quarto, as were eighteen of his thirty-six plays. They appeared as the famous “first folio” in 1623. Often times plays would be issued as their own smaller quarto, as was the case with Henry IV, Part I. This particular play was rife with mistakes and inaccuracies in regards to the original in its various publications in the late 1500s and early 1600s. It is thought that these inaccuracies came about due to quartos being published based on the actor’s memories rather than the original text.

Although the quarto of 1609 is the best-known collection, it does not contain every sonnet that Shakespeare wrote. There are several others, around six, the appeared within plays. For example, the opening of Romeo and Juliet and other sonnets found in Love’s Labour’s Lost and Edward III. 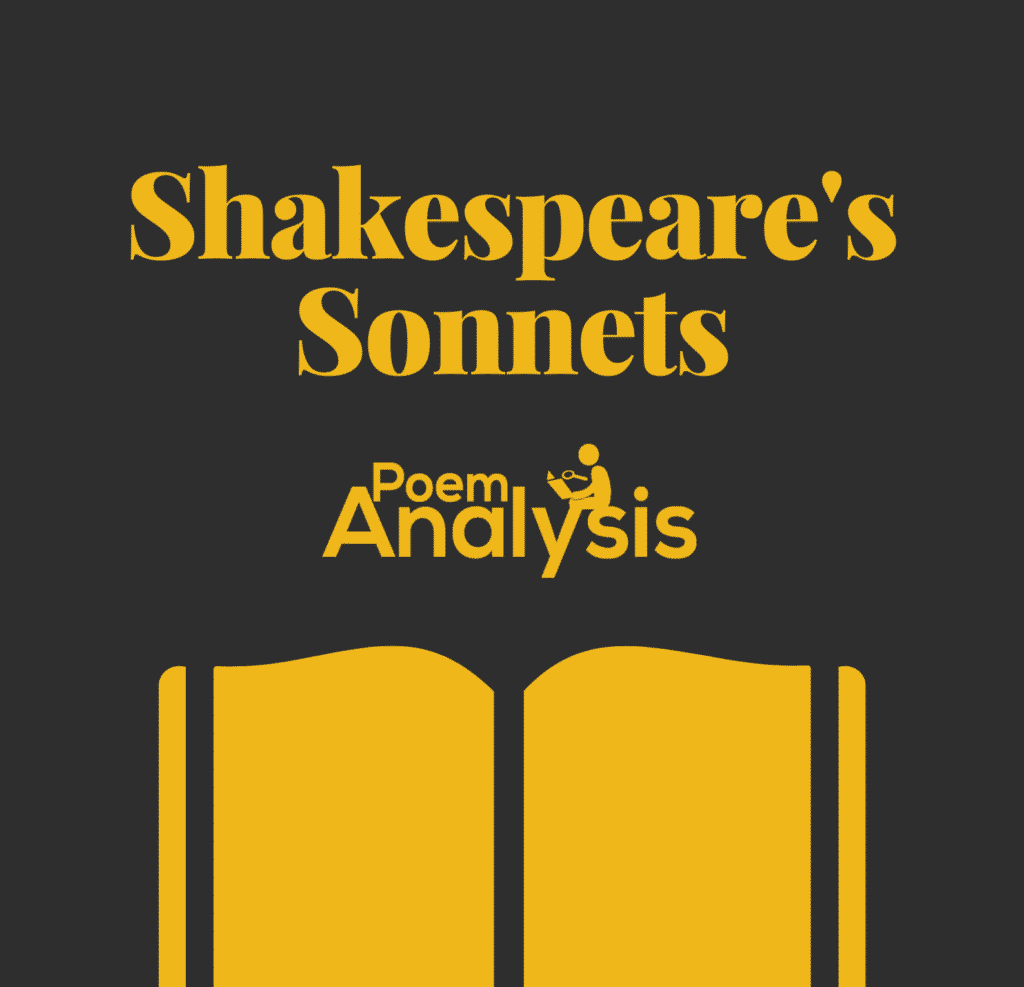 Shakespeare wrote on every theme imaginable, but there are certain themes that stand out and penetrate the quarto of sonnets more frequently. These include beauty, love, lust, separation, jealousy, and infidelity. There are sonnets that are devoted to unspeakable love and beauty, as well as those that mourn loss and separation. The first seventeen are concerned with procreation and the importance of having children while another later segment, known as the “Dark Lady” sonnets are interested in infidelity and the malevolent influence of an unknown woman (sonnets 127-154).

The vast majority of Shakespeare’s sonnets, 126 of the 154 are dedicated to a young man. This young man is referred to as “the Fair Youth” and to this day his identity is unknown. Scholars have suggested several different possibilities for who this person is and what their relationship was to the Bard. Some believe that the loving, lust-filled, and often sexually tinged sonnets are nothing more than a man expressing his affection for a close friend. Others believe that there was a true romantic relationship between Shakespeare and this unknown Fair Youth. Scholars often look to the dedication for clues as to who this person was. It reads:

“Mr. W.H.” is mentioned in the dedication as is someone with the initials T.T. The “T.T.” refers to Thomas Thorpe the publisher of the volume. The W.H. might, as some scholars have suggested, refer to William Herbert, the Earl of Pembroke. He is usually considered to be the most likely candidate and the “Fair Youth” in question. Another possibility identity is Henry Wriothesley, the Earl of Southhampton. This would require the initials to have been reversed, by many believe that he is another strong possibility. It was to him that Shakespeare dedicated other poems such as ‘Venus and Adonis’. These are not the only two possibilities, scholars have dug into the other young men of Shakespeare’s time, taking into consideration the possibility of other printing errors.

Structure of the Sonnets

Shakespeare structured his sonnets consistently throughout the quarto. Each is fourteen lines long, the standard for sonnet writing. These lines all conform, with a few minor exceptions, to the rhyme scheme of ABABCDCDEFEFGG and the metrical pattern of iambic pentameter. This means that each line contains five sets of two beats, known as metrical feet. The first is unstressed and the second stressed. It sounds something like da-DUM, da-DUM.

The last two lines, which the rhyme scheme above makes clear, are a rhyming pair, known as a couplet. They often bring with them a turn or volta in the poem. They’re sometimes used to answer a question posed in the previous twelve lines, shift the perspective, or even change speakers. There are several sonnets that Shakespeare wrote that contain two turns. That which exists between line twelve and line thirteen and a prior turn, between line eight and line nine.