‘Let Me Not Forget’ by Rabindranath Tagore is a four stanza poem that is separated into one set of five and three sets of six lines, or sestets. Upon an initial reading of this piece one will immediately notice the repetition present in the last three lines of each stanza. Tagore has chosen to utilize a refrain that builds on the speaker’s obsessive tendencies. He is unwilling to shake off the feelings of loss he has experienced. His own circling thoughts are mimicked through the ever-present lines that speak about waking and dreaming life.

One should also take note of the general repetition in the lines themselves. The word “let” is used throughout the poem, appearing a total of twelve times. Additionally, the speaker returns to dream-like motifs that speak to larger moments of his own life. The great difficulties of his existence are broken down to experiences of grief on the side of a road. You can read the full poem here.

Summary of Let Me Not Forget

‘Let Me Not Forget’ by Rabindranath Tagore speaks on one man’s personal loss and determination to never again be fully happy, no matter what his life brings.

The poem begins with the speaker addressing his listener and telling this person that it might be his “portion” in life never to know them. The identity of the listener remains a mystery throughout the piece but the speaker’s emotions are made very clear. He is desperate to maintain his feelings of loss throughout the rest of his life. The poem presents a number of scenarios in which he expresses this intention. No matter if he is on the side of a dirty road or celebrating with friends, he must remember what happened in the past.

There is an obsessive quality to the text that is seen most clearly through the repetition of the last three lines of each stanza. The speaker’s refrain follows a reader as they make their way from the beginning to end of the poem. One is unable to get away from the lines, just as the speaker is unable to escape his own thoughts.

Analysis of Let Me Not Forget

In the first stanza of this piece the speaker begins by admitting that his life might not turn out the way he would like. There is a chance that it will not be his “portion to see thee in this life.” This first line if vague. It has not be introduced in any way to make the speaker or his intended listener clearer. Until there is a bit more detail a reader is forced to subject the poem to their own guess about who “thee” refers to.

The speaker continues on with the statement. He asks that if he never meets “thee” that he will always feel as if he has “missed thy sight.” The sorrow he thinks he will feel over what seems like a missed opportunity at love, is not something he wants to forget. Ideally, it would stay with him forever. The speaker never wants to forget the pangs of  “missed…sight.”

In the last two lines of the section, utilizing “let” for the third time in this stanza, the speaker asks that he be able to “carry the pangs of this sorrow” throughout every moment of the rest of his life. He hopes he will mourn for his loss in his dreams and his “wakeful hours.”

In the next stanza he casts himself out beyond the initial moment of loss and into the days ahead. He imagines times in which he will “pass” through the “crowded market of this world.” Even if the days of his future are prosperous, he does not want to feel as if he has gained something. It would please him to feel no impact from the “daily profits” he might be physically gaining in the marketplace.

At this point the poem’s refrain comes into the text again. These lines are both a prayer and a reminder. He is marking himself with these words, hoping to stop any improvement in his outlook. The constant presence of them in the text mimics the consistency of the words running through his own head.

The speaker introduces another possible situation in the third stanza. Here, he is considering a moment in which he is sitting “by the roadside.” He will be feeling “tired” and be “panting,” attempting to regain his breath. There is no additional detail in these lines to explain why he is in this position. Either way, the physical circumstances are not important.

What is, is the struggle is he consistently engaging with. His life is going to be made up of moments like these in which he is worn out from the day-to-day toil of his life. He will always return to the dirt where he feels as if his emotions belong. The refrain is utilized for the third time in the last three lines of this stanza. By this point the need to maintain these emotions feels as if it is verging on the obsessive.

In the final four lines the speaker present his last possible scenario. Here, he predicts a time of joy. There will be friends, a celebration and the sound of “flutes.” Everyone will be laughing and enjoying life. The speaker wants to make sure he maintains the feelings of guilt he (for some unknown reason) feels that he deserves to experience.

Once again, it is his goal to never forget the loss he has suffered. In these moments of happiness he needs to be reminded that he did not “invite…thee to [his] house.” By this point a reader will likely have a number of different possible narratives in mind for why the speaker feels this way. Above all else, he is experiencing deep feelings of guilt. There is something he did, or did not do that makes him feel like he lost out on knowing someone. With the very few details presented in the text it is impossible to infer what this is.

That being said, it was not Tagore’s goal to write a cohesive narrative. He was more interested in presenting the general feelings of loss. As well as speaking on the power and fading quality of memory. The poem concludes with the repetition of the refrain for the fourth time. 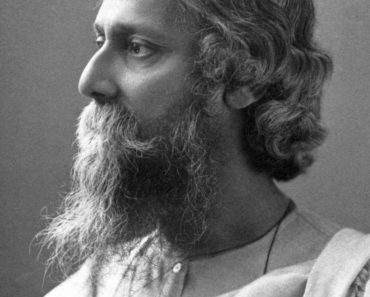