A Simile for Her Smile by Richard Wilbur

‘A Simile for Her Smile,’ written by the American poet Richard Wilbur, is a poem about finding the right simile for a loved one’s smile. It appears in Wilbur’s second collection of poetry, Ceremony, and Other Poems (1950). 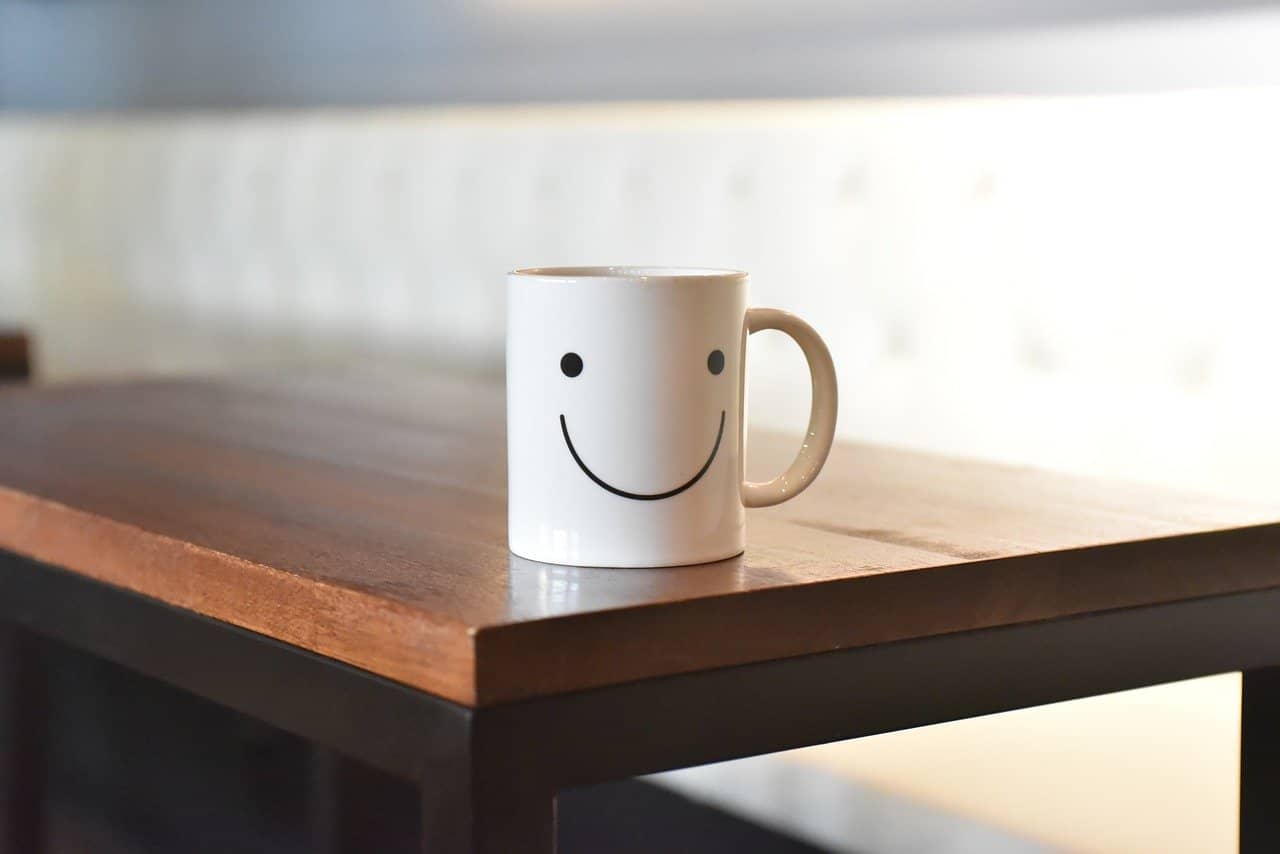 In ‘A Simile for Her Smile,’ Wilbur’s speaker admires the smile of his lover. It highlights how her smile brings a sense of ease and peace to his mind. The true ingenuity of the poem lies in how the speaker paints a picture of the woman’s smile. The ease of his mind is compared to the scene of halted traffic near highway bridge gates. It is all he can do to describe the impression of the lady’s expression on his mind.

Explore A Simile for Her Smile

In ‘A Simile for Her Smile,’ Wilbur admires the smile of his lover by comparing it to the “idling motors” near highway bridge gates.

In this poem, the speaker talks about how the thought of his lover’s smile alone, or even the hope that she is smiling, is enough to put his mind at ease. He uses the words “pause” and “abrupt ease” to convey his mental state while thinking about her pleasant, smiling face. No matter what he thinks at the moment, the thought of her smile brightens him up. In the rest of the poem, Wilbur describes traffic halting near bridge gates. The scene is frustrating yet tranquil. Wilbur’s use of soothing terms sets a calming tone in the entire text, exuding the pleasure of watching his beloved smile.

Your smiling, of the hope, the thought of it,

Deliberately the drawbridge starts to rise:

Wilbur begins the poem ‘A Simile for Her Smile’ by describing his lover’s smile. The tone of the overall stanza is tranquil and thoughtful. In the first line, the speaker says that just the hope or thought of her smile abruptly eases or pauses the workings of his mind. This statement of the speaker suggests that despite what is occupying his mind, her smile can always ease him.

In the following lines, Wilbur uses the image of traffic in order to enlighten readers about the impression of her smile on his mind. He depicts the falling of highway bridge gates. This makes the traffic stall. In the first instance, this image seems frustrating to everyone. However, the silence that comes with the balking of the “hasty traffic” has a soothing effect on their minds. Then the cars wait for the drawbridge to rise. Likewise, the speaker waits for his lover to smile.

And slow cascading of the paddle wheel.

In the second stanza, the speaker further describes the scene of the traffic that came to a halt. The horns are hushed, creating a silence over the bridge. Besides, the dense oilsmoke starts to rarefy (dilute). This scene rightly resonates with the woman’s smile. Whenever the speaker sees her beautiful smile, his train of thoughts halts just like the traffic halting behind the bridge gates. Her smile has such a calming effect on his mind.

The poet sets a tranquil scene by describing a ship’s (packet) smooth approach at the river dock under the bridge. In the next line, he uses auditory imagery to convey the sound of the river water sliding by. Similarly, he refers to the “ringing of clear bells” from the dock.

In the last lines, he describes the sound of the paddlewheel of a boat to set a peaceful mood. The pleasure he has while watching his lover smile is similar to the effect of this entire scene on his mind.

The poem ‘A Simile for Her Smile’ is a thoughtful lyric written in admiration of a woman’s smile. There is no regular rhyme scheme or meter in the text. However, readers can find a few instances of rhyming in each stanza. For example, the terms “it” and “sit” rhyme in the first stanza. The poem has a total of 12 lines, divided into two stanzas of six lines each. Regarding the tone of the poem, it is filled with a speaker’s admiration, awe, and tranquillity at watching his lover smile. Besides, the poem is written from the first-person point of view.

Wilbur makes use of several literary devices to enhance his thoughts about his lover’s smile. Readers can find the following devices in this poem.

Wilbur writes the poem ‘A Simile for Her Smile’ to describe how the beauty of his lover’s smile puts him at ease despite his mood at that moment. He broadly talks about how a genuine smile can make anyone’s day better. It can convey the true happiness one holds. The setting of this poem is a bridge where traffic is stuck because of the closed bridge gates. The drawbridge is raised when packets arrive at a river dock. This is a frustrating moment for those who are stuck at that place. However, the speaker feels at ease to find serenity in this momentary stoppage. It has an effect similar to his lover’s smile.

Richard Wilbur was born in New York City and was best known as one of the foremost modern American poets of the 20th century. He won the Pulitzer Prize for Poetry twice. One for his collection Things of This World (1956) and another for New and Collected Poems (1988). Richard Wilbur’s poems were marked by their wit, charm, and elegance. Primarily, they were composed in traditional forms. The beauty of Wilbur’s penmanship can be found in his poem ‘A Simile for Her Smile’ that is written solely for describing her beloved’s smile by using striking imagery from modern city life. It was first published in the collection, Ceremony, and Other Poems in 1950.

What is the poem ‘A Simile for Her Smile’ about?

Richard Wilbur’s poem ‘A Simile for Her Smile’ is about the beauty of a woman’s smile that makes the speaker’s mind pause. It even makes his mind come to abrupt ease. Such is the charm of the lady’s smiling face.

What type of poem is ‘A Simile for Her Smile’?

This piece is written in free-verse, without any specific rhyme scheme or meter. The text is divided into two sections having six lines each. It is told from the perspective of a lyrical speaker in the first-person point of view.

What is the tone of ‘A Simile for Her Smile’?

The tone of the poem is tranquil and explains the solace that the speaker feels when the woman smiles. It is kept intact throughout the poem to convey the speaker’s internal feelings while thinking about his lover’s smiling face.

What is the theme of ‘A Simile for Her Smile’?

This poem taps on a number of themes that include expression, tranquility, love, and devotion. The main idea of the poem centers on the beauty of a person’s smile and how that simple gesture can invite genuine happiness in others.

What does the title ‘A Simile for Her Smile’ mean?

The title refers to a speaker’s attempt to compare his lover’s smile to another idea by using the poetic device, simile. The woman’s smile is so peaceful to look at that it can make the speaker’s mind stop working. Even the thought of it can enthrall his thoughts and bring abrupt ease like the traffic waiting for the bridge gates to open.

Here are a few poems that similarly tap on the themes present in Richard Wilbur’s ‘A Simile for Her Smile.’

You can also explore these beautiful love poems for one’s beloved.

Home » Richard Wilbur » A Simile for Her Smile