The Orchard by Robert A. Ayres

Robert A. Ayres’s ‘The Orchard’ depicts a desolate garden that the speaker visited in the past. This image-rich poem explores the theme of the transience of life. 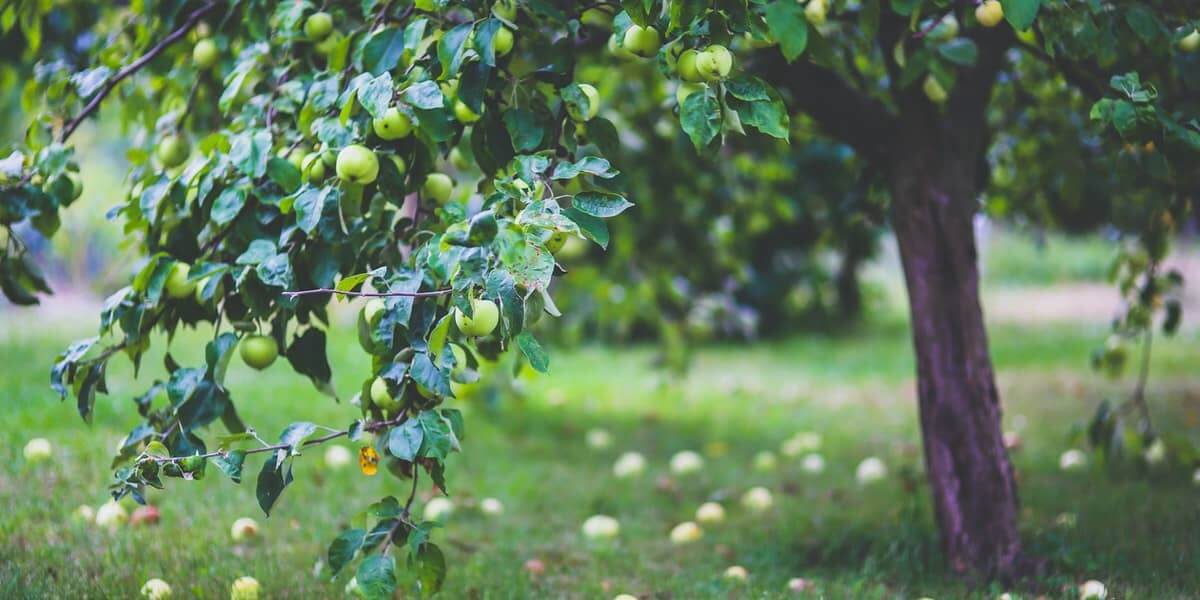 ‘The Orchard’ is written by the contemporary American poet Robert A. Ayres, also known as Bob Ayres. He is not a popular poet. His poems evoke themes of the past and a nostalgic looking back at the old days. In this poem, Ayres particularly notes an orchard where he used to go in summer. By implementing several images and metaphors, he tries to draw readers’ attention to the contrast between the past and the present.

‘The Orchard’ by Robert A. Ayres describes a deserted orchard where the speaker visited and recorded the scenes with the help of his mind’s lens.

The speaker of this piece went to an orchard where none had planted anything for years. Trees kept growing at their own pace. In the month of summer, the branches were filled with fruits. There was nobody to taste or appreciate the beauty of the place except insects, birds, and animals. Only the speaker was there, sorrowfully looking at the scene and heaving a sigh of loss. He could sense the trees’ grief as well. After roaming for a while, he gathered pears and discovered how different creatures fed on the ripe fruits.

I went to the orchard where no one for years has planted or pruned,

Where wild-suckering limbs break under the weight of the crowding fruit,

is the cracked lip of a neglected child,

And the yellow weeds waist high the hair the dead keep growing.”

Bob Ayres’s ‘The Orchard’ is written in the past tense. The use of the past form hints at the central idea of the poem that concerns remembrance of the things past. The things that once were dear to the speaker are no more. Only the frame of the orchard remains. The absence of other human souls makes the place look like a deceased person.

The speaker describes his journeys through the orchard in the first stanza. He records the things seen during the walk. The orchard has not been planted or pruned for years. Fruits kept crowding the branches making the fragile ones break. Hackberries grew and made it impossible for the young trees to breathe.

The gaps of trees were filled. Ayres compares the gaps to the gaps in a poor woman’s teeth. Similarly, the harrowed, cracked-up land is compared to the “cracked lip of a neglected child.” While the growth of yellow weeds is compared to the imaginary growth of a dead person’s hair. In this way, the poet depicts an impoverished, unkempt image of the place.

who summers gathered each fruit in its turn—

Up close they crackled, a brush fire spreading from where for days

it smoldered under the scorched grass.

The second stanza of the poem is comparably shorter than the previous stanza. In this section, the speaker talks about hearing the voices of the absent souls through the voice of the trees. For instance, the dull-green leaves told the stories of those who gathered fruits in summer.

The plums, peaches, pears (readers can find the repetition of the “p” sound in the names of the fruits) described how that year’s grapes sprawled over the fences. They were so close that some of them crackled. Besides, there was a brush fire. For days, it smoldered under the dry grass.

I went to the one tree which bears every year without fail its pears, the birds

flapping their hollow bones at my approach.

Fruit once firm and good, given to the boot’s press,

And hornets rising each above a rotten globe.

In the third stanza of the poem, Ayres describes how his speaker went to a specific tree for gathering fruits. He went to the tree that bore pears each year. When he neared the tree, the birds flapped their wings and a small bat unfurled hearing his approaching footsteps.

The poet compares the unfurling of the bat’s wings to the wisp of smoke by using a simile. In the next lines, the speaker talks about the gathering of pears each year. There was always one fully ripe fruit that the birds pecked. He found one full of black weevils. Besides, there were a dozen more masked raccoons knocked to the ground.

In the last two lines, Ayres uses the metaphor of fruits in order to describe the condition of the orchard. The “firm and good” fruits act as a symbol of the orchard that once was looked after properly. For time’s heavy boot’s press, the fruits were crushed. Now, the hornets rise one above another on the metaphorical “rotten globe.” In this way, Ayres implicitly taps on the theme of the transience of life.

Ayres’s poem ‘The Orchard’ is written in free-verse. It means there is no particular rhyme scheme or meter in the text. The poet uses internal rhyming within the lines. Besides, the text consists of three stanzas. The stanzas do not consist of even numbers of lines. Alongside that, the lines are long and filled with several syllables. It somehow contributes to the monotonous sound scheme of the poem. Regarding the point of view, the text is told from the perspective of a first-person speaker. The presence of a first-person voice makes this piece an example of a lyric.

Ayres utilizes the following literary devices in his poem ‘The Orchard’ that make it an interesting read.

What is the poem ‘The Orchard’ about?

Robert Ayres’s poem ‘The Orchard’ contains a description of an ungroomed orchard that represents human life as a whole. In this poem, the speaker visits the place and implicitly laments the loss.

What type of poem is ‘The Orchard’?

It is a free-verse lyric poem that is written from the perspective of a first-person speaker. This piece consists of three stanzas. Besides, there is no regular rhyme scheme or metrical pattern in the text.

What is the main metaphor of ‘The Orchard’?

The “orchard” is an extended metaphor for human life. It hints at the ravages of time, the transience not life, and the inevitability of death.

What are the themes used in ‘The Orchard’?

This piece taps on a number of themes that include life, death, change, carelessness, pessimism, and sadness. The main idea of the poem revolves around a sad speaker’s description of a desolate garden.

Here is a list of a few poems that similarly showcase the themes present in Robert Ayres’s poem ‘The Orchard’.

You can also read these thoughtful poems about change.

Home » Robert A. Ayres » The Orchard

Perspective is the lens through which the reader experiences a story, film, television series, or poem.
Full Description | Glossary