‘Epilogue’ is a perfect bid-adieu poem to leave behind amidst a great body of poetic works if one is as great a poet as Victorian-era maestro Robert Browning. 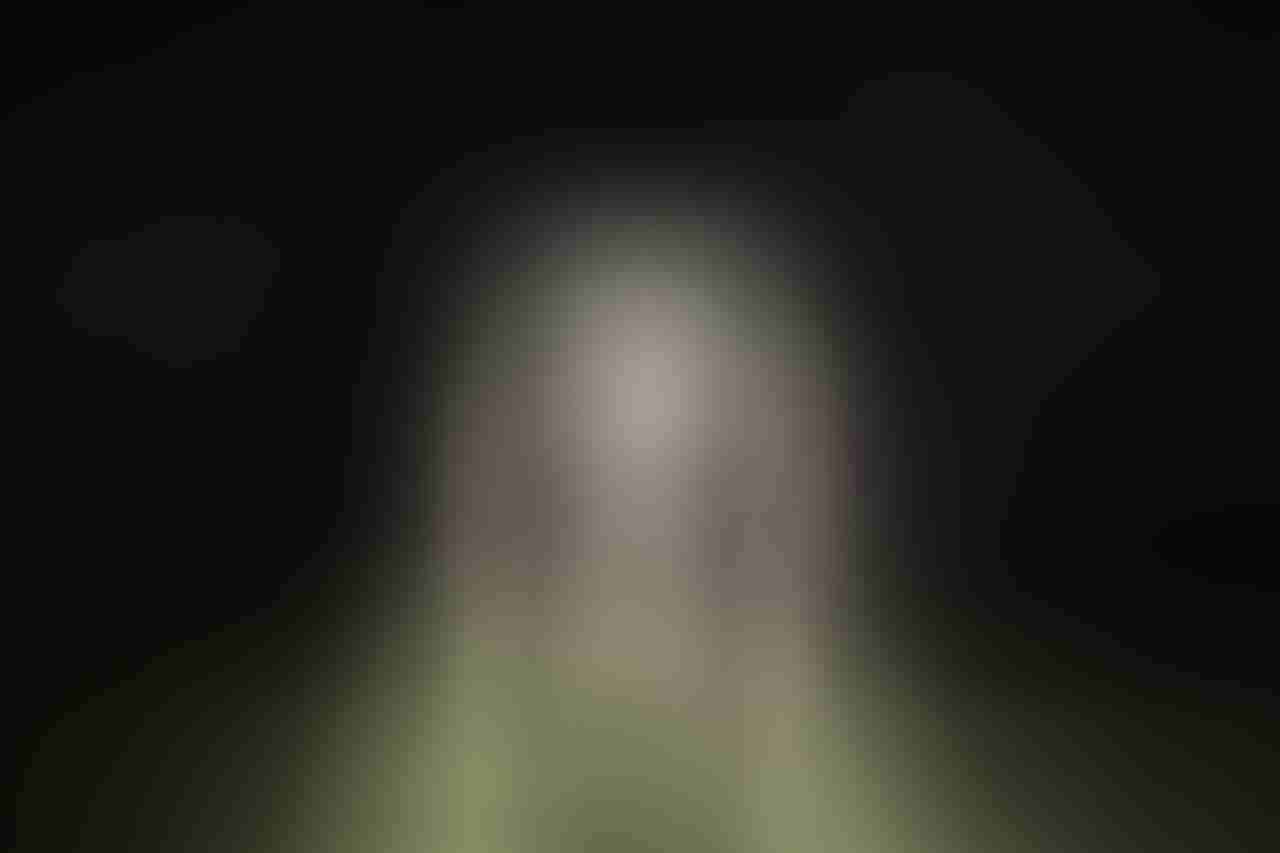 Robert Browning’s poem ‘Epilogue’ is regarded as his final poem that was published on the day he died in 1889. It is the last poem of Browning’s final collection of poetry, Asolando. Through this poem, Browning presents his philosophy of life. He does want to be pitied after his death, rather he wants to be remembered as an individual who accepted every trial head-on, with a great amount of optimism in his heart. He urges the audience to regard him as a person “who never turned his back but marched breast forward” like a warrior.

‘Epilogue’ by Robert Browning presents a speaker who is on his deathbed, recollecting his life in a flashback.

The poem begins with a direct address from a speaker to his loved ones. From the way the poem is written, it seems Browning himself is the speaker of the poem. He addresses his dear ones as well as his admirers who might feel sad and take pity on him after his death. In an optimistic manner, he reminds everyone that he is not the one who participated in the incoherent mutterings of the “slothful,” “mawkish,” and “unmanly” individuals. He rather fought every life’s battle with a brave heart and headed forward without bowing his head to apprehensions. Finally, as he prepares to die, he wants his loved ones to support him in the battle that is not far.

In ‘Epilogue,’ Browning uses a structure that is different from his famous dramatic monologues. He uses a strict structure in terms of line lengths and the rhyme scheme. There are a total of four stanzas in the poem. Each stanza consists of five lines and the last being the shortest one in each section. The rhyme scheme of the poem is ABCDB. There is no set meter in the poem. Browning uses an intricate iambic-trochaic meter in the poem that he seems fit with respect to each stanza. Besides, the poem is written in the form of a dramatic monologue.

In ‘Epilogue,’ readers can find the use of the following literary devices:

At the midnight in the silence of the sleep-time,

When you set your fancies free,

Will they pass to where—by death, fools think, imprisoned—

Low he lies who once so loved you, whom you loved so,

Browning begins the poem with a particular reference to “midnight,” which is often symbolically regarded as the final moment in one’s life. According to the speaker, at midnight, when everybody is asleep, humans set their imaginations free to dive into the world of dreams. The speaker asks whether the same happens when one is about to die. At the time of writing the poem, the poet was on his deathbed. Therefore, the poet could be referring to himself in this section. The second-person pronoun, which is often used to address others is used to refer to oneself in these lines.

The speaker asks whether one indulges in such fantasies when they are about to die. Some people think death imprisons an individual, disabling them from thinking further. In the fourth line, the speaker directly refers to his present state or anticipates his death. He poses this question to his loved ones. He asks specifically those who loved him and whom he also loved. Would they pity him after his death? In the next lines, the speaker provides strong arguments why others should not pity him after he dies.

Oh to love so, be so loved, yet so mistaken!

What had I on earth to do

With the slothful, with the mawkish, the unmanly?

In the second stanza, the speaker becomes a bit critical. He tries to evaluate what he did during his lifetime. Firstly, he thinks he could have been mistaken as he was blinded by the love he had for his dear ones. He is critical about the fact of whether he lived his life fully. Ironically, he confronts himself by asking what he had to do on earth with the lazy, sentimental, and “unmanly” (cowardly and dishonest) individuals. He is unsure whether he was part of the aimless, helpless, and hopeless people who babbled all along without having a significant impact. Lastly, he asks himself what role he actually had on earth.

One who never turned his back but marched breast forward,

Never dreamed, though right were worsted, wrong would triumph,

Held we fall to rise, are baffled to fight better,

In the third stanza of ‘Epilogue,’ the speaker clears readers’ confusion regarding his personality. He could sound self-critical in his final days, but he as a person was not “slothful,” “hopeless,” or “unmanly” at all. He was the person everyone desired to become. In the face of tribulations, he never turned his back, rather, he went head-on. He never doubted the clouds would break or anything bad could befall.

The speaker never dreamed of a better situation. It means he is a practical and rational person. He was never hopeless even though he saw how those who were right were worsted, and those who were wrong became victorious. He always held that humans fall to rise again. They are baffled by circumstances in order to fight the next battles in a better way: like humans sleep each day to wake up more powerful and energetic the next day. That is why a moment’s sleep is not the end. It is the preparatory phase for the next day’s battle.

No, at noonday in the bustle of man’s work-time

Greet the unseen with a cheer!

Bid him forward, breast and back as either should be,

“Strive and thrive!” cry “Speed,—fight on, fare ever

The last stanza of the poem sounds more forward-looking than the previous stanzas. Here the speaker shares his life’s philosophy and learnings. He is a person who has seen the highs in life. Therefore he gives a piece of advice starting with a big “No.” One should prepare for the worst or death when they are at life’s noonday. Amidst the cheer and applause one gets for their work, one should not forget the inevitability of misfortunes and death. They should greet the unseen with a cheer. It means one should always be prepared for the unseen. They should be optimistic in every situation.

In the last three lines, the speaker focuses on his present state. He requests his loved ones to bid him forward to the “unseen,” a metaphorical reference to death. His heart and mind should be prepared. Besides, his loved ones should urge him not to wait or rest. They must tell him to strive and thrive continuously. He should keep on fighting as he fought in the world. Overall, he wants to be victorious “there,” a reference to life after death, as he was “here,” the life before death.

Robert Browning’s poem ‘Epilogue’ is packed with optimism and wisdom. This poem includes and taps on the themes of life, death, and imagination versus reality. Through this poem, Browning shares his philosophy of life, which is to be prepared for the unseen and unprecedented death. Moreover, he describes how one should lead their life. There are two ways to live. One is to follow the herd of hopeless complainers. The other one is to fight with the forward marchers, dealing with every situation in a practical and optimistic way.

What is ‘Epilogue’ by Robert Browning about?

Robert Browning’s lyrical poem ‘Epilogue’ is about a speaker who, upon his death, remembers how he lived his life. Through this poem, the speaker, the poet himself, asks his loved ones not to pity him but to encourage him to get offensive against death and be victorious.

When was ‘Epilogue’ by Robert Browning written?

‘Epilogue’ is the final poem of Robert Browning’s poetic career. It was first published in the last collection of Browning’s poetry entitled Asolando in the year 1889.

What type of poem is ‘Epilogue’ by Robert Browning?

‘Epilogue’ is written in the form of a dramatic monologue but it sounds more like a soliloquy addressed to the poet’s loved ones. This poem has the set rhyme scheme of ABCDB. There are a total of four stanzas, each having five lines.

What is the tone of ‘Epilogue’ by Robert Browning?

The tone or attitude of the speaker to the subject that is death remains optimistic, spirited, and calm. At once, the speaker becomes a bit self-critical. With an interrogative tone, he questions his ideology. For the most part, his tone remains wise and forward-looking.

Here is a list of a few inspirational poems that tap on the themes present in Browning’s lyric ‘Epilogue.’ You can also consider reading more Robert Browning poems.

You can also explore these inspirational poems about life.