‘Bresson’s Movies’ by Robert Creeley was a poet of the Black Mountain School. He wrote this piece in his characteristic style, exploring his connection of the films of French director Robert Bresson. 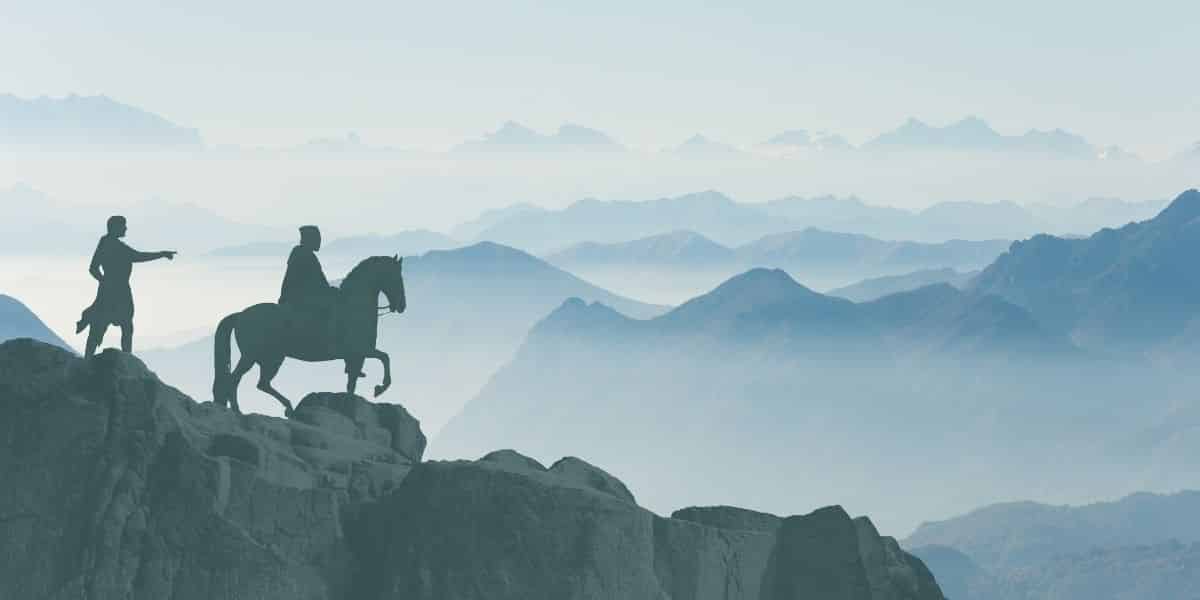 ‘Bresson’s Movies‘ was inspired by a 1974 French fantasy film, “Lancelot du Lac.” It was directed by Robert Bresson, whose name appears in the title of this poem. It retells the story of Lancelot and Guinevere against the backdrop of the Round Table falling apart. The film used amateur actors who were asked to act without emotion. Most fantastical elements from this story were also removed for this adaption. It was well-received among critics and still maintains a good repetition to this day.

‘Bresson’s Movies’ by Robert Creeley includes the poet’s recollection of Robert Bresson’s films and how they affected him.

In the first lines, the poet mentions scenes from one film in France. He emphasizes one of the character’s embittered attitudes and how distant he feels from the person he loves. This transitions into a description of a scene from “Lancelot du Lac.” He depicts Lancelot in the woods, covered in blood, trying to get back to the castle. He then connects this image of what it means to be in love.

A movie of Robert

of the story, any one

In the first stanzas of this poem, the speaker begins by specifically referencing the director Robert Bresson. He’s setting the scene, describing an opening scene from a film including a yacht, the river Seine, and two young people. They are poor, the second stanza adds, and are the “class boy and girl / of the story.” This is an allusion to the love story that also appears in the second half of the poem and relates to the film “Lancelot du Lac.”

one cares to tell. So

There is a great deal about the opening of these lines that should make readers think of any love story they’ve ever heard. This allows readers who haven’t seen the film (which is likely to be the vast majority) to also appreciate the poem’s imagery. It’s not hard to imagine “the young, / embittered Frenchman” and the girl he feels distance from.

the castle, itself of

The poet mentions the “aging Lancelot” and his “armor in the next lines.” He’s getting old. He doesn’t have the strength or agility he used to, and his armor is not quite as impressive as it once was. But, he’s still in love with Guinevere. He’s still working to win her and is “dazed, bleeding” and trying to get back to the castle. The man is still putting everything on the line.

no great size. It

The story is true.

In the final stanza, the poet emphasizes that the castle is “no great size.” There is beauty in the simplicity of these lines. The knight is attempting to follow his role in life despite the things set against him. The speaker transitions into the first person in the following lines, noting that the man’s plight moved him.

He also uses the second person in the final stanza, directing the words to “you.” He’s asking the reader to environ themselves in the same situation as Lancelot. He uses the image of someone standing in the woods “with a horse, bleeding” as a representation of what it’s like to be in love. It’s a “story” that’s true. Love is complex and filled with uncomfortable, distant moments, and the poet feels connected to that through the films.

‘Bresson’s Movies’ by Robert Creeley is an eight-stanza poem that is divided into sets of four lines, known as quatrains. These quatrains are written in free verse. This means that they do not follow a specific rhyme scheme or metrical pattern. The lines are without consistent rhyme, something that is quite effective when it comes to the poet’s story-telling ability.

The poet uses a lot of line breaks in this piece, ensuring that it maintains an effective rhythm, carrying the reader through to the end of the poem. There is an urgency to the lines that feels purposeful.

What is the purpose of ‘Bresson’s Movies?’

The purpose is to celebrate the filmmaker’s work and show how the poet felt connected to the humanity at the heart of Robert Bresson’s work. This includes the author’s ideas of love what images remind him of what it’s like to suffer.

What are the themes in ‘Bresson’s Movies?’

The themes at work in this poem are creativity and connection, and love. The poet feels connected to the films he’s writing about and alludes to a universal concept of love’s difficulties.

Who is the speaker in ‘Bresson’s Movies?’

The speaker is likely the poet himself, Robert Creeley. He is expected to discuss his own opinions of the films and his feelings about their depictions of relationships and suffering (as well as aging).

What is ‘Bresson’s Movies’ about?

This film is about the poet’s experience with Robert Bresson’s films. He was a French film director who was responsible for “Lancelot du Lac,” released in 1974. He passed away in 1999.

Readers who enjoyed ‘Bresson’s Movies’ should also consider reading some other Robert Creeley poems. For example: