Into My Own by Robert Frost

Robert Frost’s ‘Into My Own’ explores the concepts of maturity and growing up. The poet delves into the exploration of childhood and self. 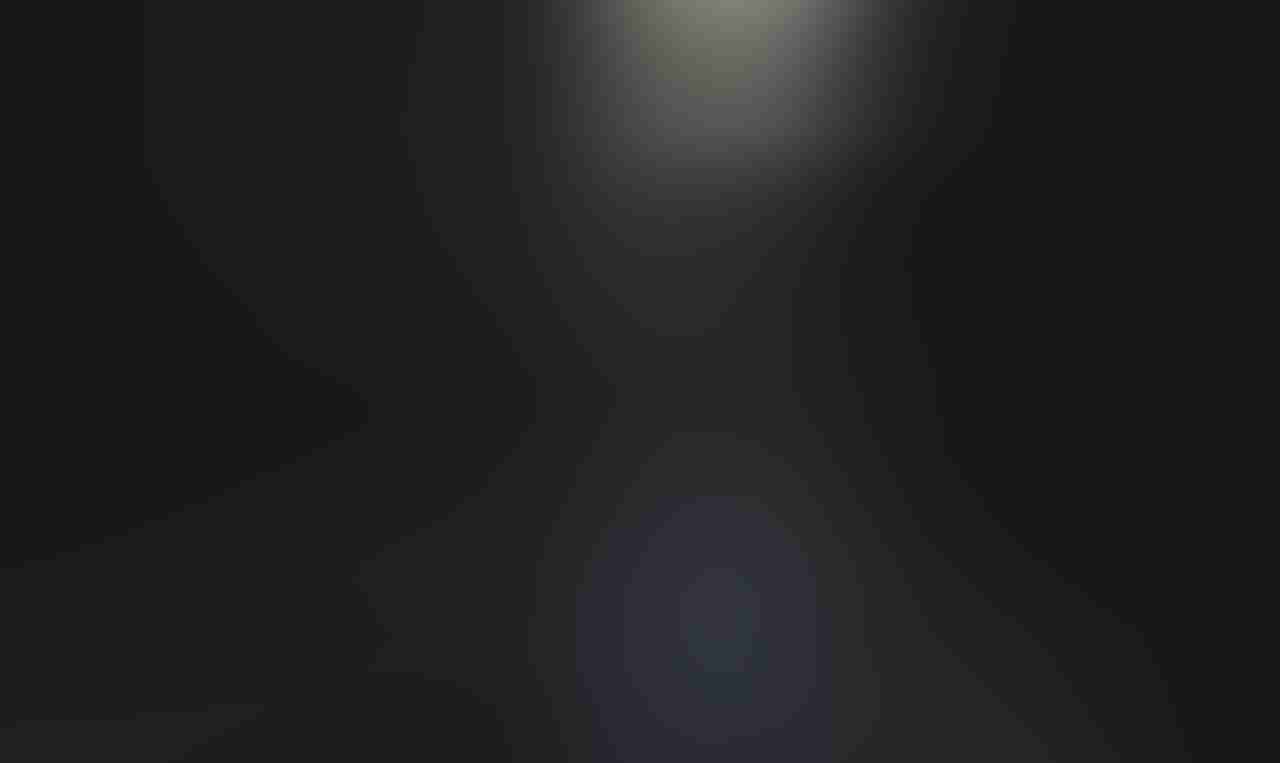 Published as a part of the 1913 anthology A Boy’s Will, Robert Frost’s ‘Into My Own’ is an insightful poem about growing up, maturing, and finding one’s own path in the world. Frost shares personal insights and uses imagery and metaphors to immerse the reader into the poem.

Explore Into My Own

In ‘Into My Own,’ Robert Frost explores the themes of maturity, adulthood, and the mixture of emotions, namely anxiety and anticipation at the inevitability of growing up.

Robert Frost makes ‘Into My Own’ an incredibly compelling and relatable poem. Although the anthology that includes ‘Into My Own’ wasn’t published until Frost was almost forty, the poem was likely written when he was an adolescent, both anxious and excited about the journey to adulthood. The four-stanza poem deals with the feelings that everyone likely felt at the transition: perturbation, apprehension, even fear, but also excitement and eagerness at finding themselves in the world.

‘Into My Own’ is divided into four stanzas: three quatrains and a couplet. The poem is a sonnet, consisting of 14 lines and having a regular rhyme scheme: AABB CCDD EEFF GG. The rhyme style wherein the adjacent lines rhyme ( line one rhymes with line two, line three rhymes with line four, and so on) is called couplet rhyming. Frost adapts couplet rhyming to show complete thoughts and separate parts of one single journey. Moreover, the stanzas are divided into emotions that show the process of becoming an adult, both physically and mentally. While at first, Frost is anxious about adulthood and describes it as a dark forest, later on, it is a clear road, described as a highway.

One of my wishes is that those dark trees,

So old and firm they scarcely show the breeze,

Were not, as ’twere, the merest mask of gloom,

But stretched away unto the edge of doom.

The first stanza of ‘Into My Own’ introduces the speaker. Frost chose to use a singular, first-person narrative, therefore perhaps referencing his own experiences. The poem was published as a part of the anthology A Boy’s Will in 1913, in which Frost recalls his childhood and adolescence.

The poem introduces eerie natural imagery: ‘the dark trees’. Frost frequently employs natural imagery of the rural countryside, most probably because of the time spent on the Derry farm in New Hampshire in the early twentieth century. The concept of the unknown always thrilled and instilled fear into people’s hearts.

As soon as people settle, they are immediately possessed with the urge to explore, leave, and venture into the new lands. The dark trees, therefore, allude to the compelling unknown. Frost’s ‘dark trees’ are a metaphor for adulthood and maturity. Children are drawn to the idea of growing up and finding their voices in the world. It is, however, clear that adolescence and consequent adulthood are frightening. The unknown is daunting yet ultimately inevitable.

The trees are ancient and unbending, symbolizing the inevitability of growing up. Regardless of one’s desire to be always surrounded by a comfort blanket, one cannot escape the passing of time. The trees, just like adults, have lost their fragility: they no longer bend in the wind. They are neither frail nor weak, having been conditioned to withstand even the worst storms.

Frost wishes that the trees were not a ‘mark of gloom’: harbingers of destruction and sorrow; they would stretch out forever instead. Despite the imagery of the dark forest stretching out for eternity, it is a subtly comforting image. A task seems daunting only at the start; however, once one gets familiar with the ‘lay of the land,’ adulthood stops being an impossible challenge.

I should not be withheld but that some day

Into their vastness I should steal away,

Fearless of ever finding open land,

Or highway where the slow wheel pours the sand.

The second stanza of ‘Into My Own’ continues with Frost’s personal insights. The punctuation and rhyme scheme is regular (day-away; land-sand), making the stanza lyrical. Frost is eager to start the journey of adulthood, which is indicated by his use of ‘fearless.’

The speaker believes there is no point in hesitating: growing up is inevitable. He is determined not to be ‘withheld’ (held back) from fulfilling his potential regardless of the obstacles. The use of modal ‘should’ instead of ‘would or will’ suggests some anxiety, but overall the tone of the poem is committed and hopeful.

The use of ‘steal’ is compelling: ‘steal’ is a metaphor for carrying on with his previous life in a new setting. Stealing is an illegal act of taking possessions without one’s consent. Frost believes that he will not be able to simply ‘steal’ his current life and transport it elsewhere: he has to start entirely from scratch.

The third line of the stanza is a compelling juxtaposition to the first stanza, wherein Frost felt as though the dark, impenetrable forest was the ‘edge of doom’. This line, however, finds the light in the darkness: ‘open land’ connotes peace, space to breathe and be oneself without shame. Additionally, ‘open land’ could mean the lack of protection and daunting solitude, both of which come with being an adult. Just as children are coddled and guarded against certain aspects of life, adolescents and adults must come face-to-face with them.

The last line of the stanza acts as a metaphorical connection between the speaker and others like him. A highway is a road that connects major landmarks, such as cities. Frost’s use of ‘highway’ is important: it is a literal connection between childhood and adulthood, as well as other adolescents going through the process of maturing. Like any road, a trip on a highway is a journey, and Frost’s metaphorical; the highway is the journey of growing up.

The sand-pouring is another metaphor, this time; it is for the passing of time. Just as an hourglass contains sand that will shift between the halves under the influence of uncontrollable gravity, so too will time pass, regardless of Frost’s, or anyone else’s, for that matter, opinions.

I do not see why I should e’er turn back,

Or those should not set forth upon my track

To overtake me, who should miss me here

And long to know if still I held them dear.

The third stanza of ‘Into My Own’ diverges from the tense atmosphere of impatience and landscape descriptions, moving into self-reflection. The tone is hopeful yet slightly apprehensive; Frost hopes that those he cares about will remain by his side while he explores ‘his own’. The rhyme (back-track; here-dear) and punctuation are regular, with a period concluding the stanza. In the second line, Frost uses caesura after ‘me’, breaking the stanza’s rhythm and fluidity.

Frost sees no reason to ‘e’er’ (ever) go back to his old self once he starts the journey of self-discovery and maturity. Moreover, he is confident that those he cares about will follow ‘upon his track.’ The speaker firmly believes in the sense of community that forms in like-minded individuals. Frost would like to surround himself with people on the same ‘track’ in life, those with similar goals and ambitions.

Frost’s use of ‘overtake’ is effective: to overtake is to pass someone while traveling in the same direction. Frost sees no reason as to why people can’t overtake him, to perform better than him in certain aspects, as long as he is heading in the right direction. In this stanza, Frost explores the philosophical topic of self versus others.

Humans, by nature, are communal, social animals, commonly choosing a leader. For children, the leader is their parent; for students, that leader is their teacher; for churchgoers, that leader is the pastor, whose leader is, in turn, God. For centuries humanity has adopted the idea of living in groups. Frost, however, is prepared to abandon (or be abandoned) if he believes that an individual will not follow the same path as him. Although seemingly quite strict, it is only natural to want to be surrounded by like-minded individuals.

They would not find me changed from him they knew—

Only more sure of all I thought was true.

In the final couplet of ‘Into My Own,’ Frost clearly separates himself from others; it is ‘them’ and ‘they’ versus ‘me’ and ‘I.’ The tone of the stanza is clear and determined: ‘they’, meaning those Frost cares about, will not find that Frost became someone else, a completely unrecognizable individual. Instead, he will remain himself yet be more confident, determined, and productive once he reaches ‘into his own’ and finds himself.

When was ‘Into My Own’ published?

‘Into My Own’ was published as a part of the A Boy’s Will anthology in 1913. Although Robert Frost was almost forty years old when he published the collection, it includes several poems, including ‘Into My Own,’ which were written during his adolescence and early adulthood.

What form is ‘Into My Own’ written in?

‘Into My Own’ is a sonnet consisting of fourteen lines: three quatrains and a couplet. The poem has couplet rhyming, meaning adjacent lines rhyme, and a regular structure and punctuation.

Where did Robert Frost teach?

From 1916 to 1938 (22 years), Robert Frost taught at Amherst College and the University of Michigan. He resorted to teaching after his farming and poetry incomes proved insufficient to provide for his family.

Why did Robert Frost have depression?

Robert Frost faced many difficulties, namely family deaths and a history of mental illness. Both he and his mother had severe depression. Frost lost both of his parents and committed one of his sisters to a mental institution due to severe mood swings and unpredictable behavior. Four of Frost’s children, as well as his wife Elinor Frost (nee White), died before him.

If you enjoyed ‘Into My Own’, consider exploring the following poems:

Home » Robert Frost » Into My Own 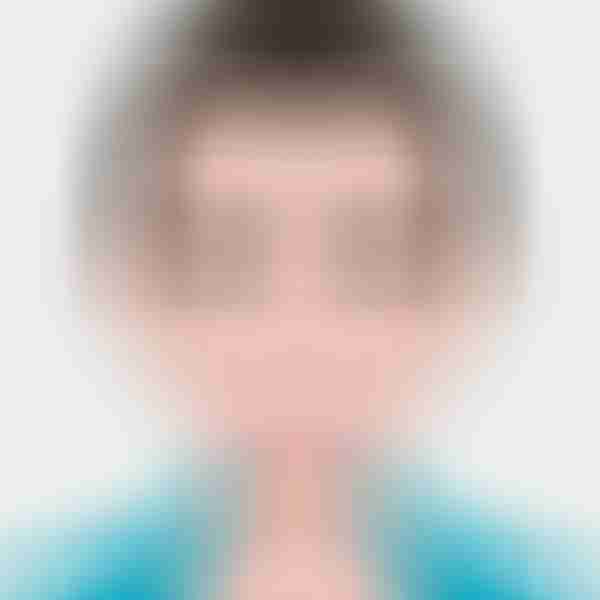 Having obtained the International Baccalaureate diploma, Ekaterina is currently in university. She has 6 years of experience in poetry writing and 5 in academic poetry analysis.
Subscribe
0 Comments
Inline Feedbacks
View all comments

Kazantseva, Ekaterina. "Into My Own by Robert Frost". Poem Analysis, https://poemanalysis.com/robert-frost/into-my-own/. Accessed 7 August 2022.