‘Money’ by Robert Frost warns readers not to stress over every expenditure. This poem’s concise and eloquent use of rhyme makes a long lasting impression on the reader.

Robert Frost’s ‘Money‘ is a short poem first published in the 1936 issue of Poetry Magazine. It is a portion of Frost’s poetry collection “Ten Mills”, a group of small poems that make humorous and lighthearted (but occasionally dark) statements about life. This poem aims to be a warning to readers not to be obsessive when it comes to money. Furthermore, it argues that no person should have to remember or justify every single transaction that they make. In fact, the poem makes it very clear that human beings are not capable of such a thing.

‘Money‘ by Robert Frost is an epigram poem criticizing people’s obsession with money.

This short poem begins with the narrator telling the reader to never ask a spender where they think their money has gone. The second and final line tells the reader that no person is capable of actually keeping track of every cent that they have spent. The poem is a warning against becoming fixated on keeping track of money too obsessively.

‘Money‘ is a brief statement on the obsession people have with saving and keeping track of money. It is also a warning not to fixate on other people’s money or ask people too much about their spending. The poem is a bit rebellious in saying that, as society usually warns us to carefully keep track of our spending.“Money” states the very opposite, and instead encourages the reader not to fixate on their expenses or the expenses of others. The poem’s theme encourages people to remember that money is not the most important thing in the world. As with the rest of the poems in the “Ten Mills” collection, ‘Money‘ is a witty and humorous musing about life. The epigrams in this collection all deal with the theme of life and the folly of mankind.

The poem is quite short, being only five lines long and just one stanza. ‘Money‘ is an epigram, meaning that it is a brief, but profound, witty/humorous statement. The poem is two sentences long and utilizes a monorhyme rhyming scheme. This means that each line ends with the same sound. This makes the poem very catchy and easy to remember. The short eloquence of the poem gives it an almost proverbial sound. This leaves a long-lasting impression on the reader for being concise, yet profound.

Lines One and Two

Where the spender thinks it went.

The first half of the poem is a warning to the reader not to ask of a “spender” where they think they spent their money. Most people have at some point been the “spender” that the poem is referring to. Therefore, the “spender” does not refer to anyone specifically; it is simply a placeholder for any person, and can be a representation of the reader as well. This demonstrates that the poem is warning anybody who reads the poem not to obsessively keep track of where they have spent their money. The poem specifically uses the word “thinks” to imply uncertainty, as most people probably do not remember where they have spent all their money.

The poem is also speaking directly to the reader, telling them not to ask the “spender” about their money. This is meant to be a warning not to fixate on other people’s spending habits as well.

Nobody was ever meant

To remember or invent

What he did with every cent.

The last sentence of the poem assures the reader that nobody is able to remember every single transaction, nor should they have to. The word “invent” in this context means to create or conjure up an explanation for where the money has gone. The poem is saying that people should not feel pressured to justify every expense with an explanation of where the money has gone.

‘Money‘ is a part of “Ten Mills”, a collection of poetry that makes brief but profound statements about life. Therefore, by stating that no person should be asked to diligently keep track of every cent they have spent, the poem implies that this is something that society pressures people to do. This demonstrates that the poem attempts to make a satirical statement about this topic. All the poems in “Ten Mills” have a slightly humorous and lighthearted tone, which is the case here as well. The monorhyme rhyming scheme and simplistic language make it a poem that readers can universally understand.

Perhaps one of American’s most well known and beloved poets, Robert Frost is known for writing classics such as ‘The Road Not Taken‘ and ‘Nothing Gold Can Stay‘. Born in 1874 in San Francisco, Frost was named one of the great American poets during his lifetime. Frost’s introspective writing style and focus on themes surrounding rural life has made his poetry stick out in the minds of readers for generations.

If you liked ‘Money‘ by Robert Frost, here are some other poems you should also check out: 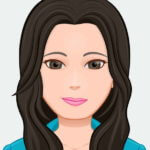 Christina studied a degree in English Literature with a Minor in Professional Writing at Concordia in Canada. She is deeply passionate about the world of literature, with a particular affinity for poetry.
Subscribe
4 Comments
Newest
Oldest Most Voted
Inline Feedbacks
View all comments