The Silken Tent by Robert Frost

‘The Silken Tent’ by Robert Frost is a love poem. In it, he uses an extended metaphor to depict a woman’s soul and her attachments. 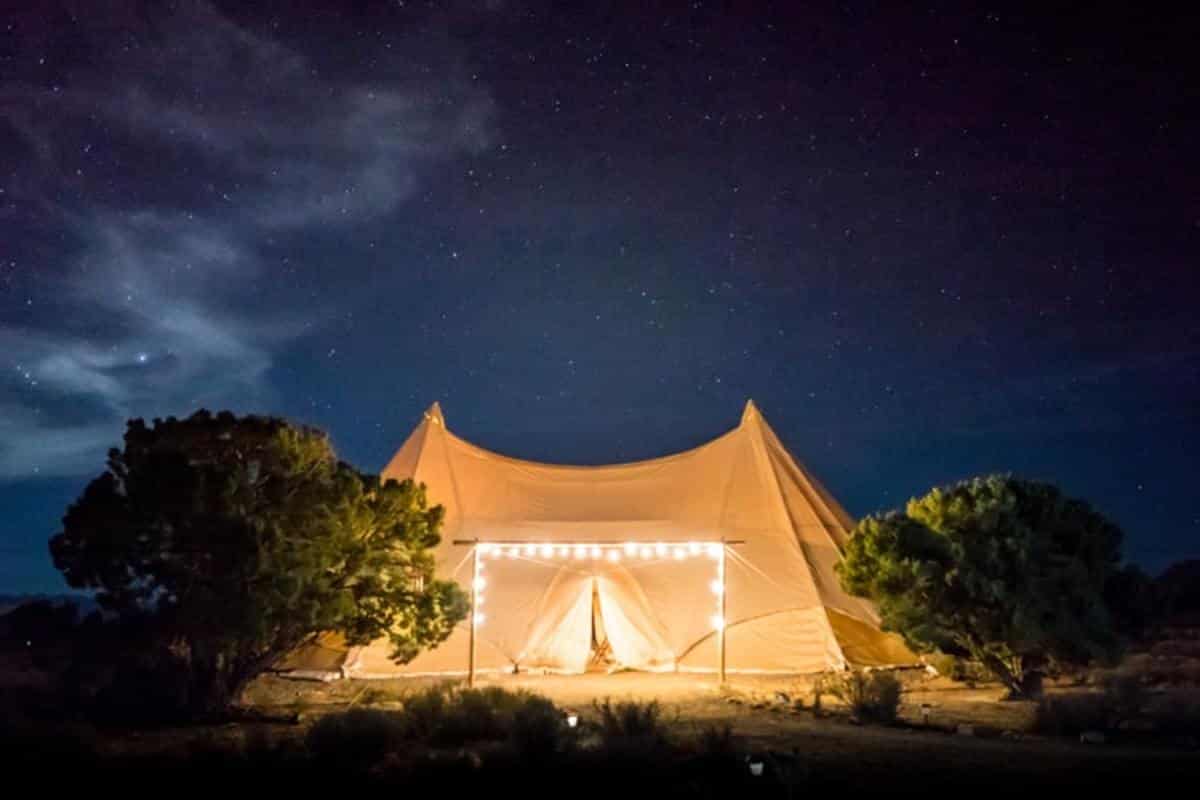 The poem is filled with wonderful examples of imagery. These are used to help readers envision the type of person Kay Morrison was and what the relationship Frost maintained with her was like.

‘The Silken Tent’ by Robert Frost is a beautiful love poem that Frost wrote about his relationship with Kay Morrison, a married woman.

The poem uses an extended metaphor to compare Morrison to a tent. The tent moves in the wind freely but it’s still held down by a few ties, those of thought and love. She remained married despite his protestations. He notes that the tent has a strong center pole, which he clearly says is a symbol for Morrison’s soul. It’s just as steadfast and strong.

She is as in a field a silken tent
At midday when the sunny summer breeze
Has dried the dew and all its ropes relent,
(…)
But strictly held by none, is loosely bound
By countless silken ties of love and thought

In the first lines of ‘The Silken Tent,’ the speaker begins by noting that “She,” an unknown woman who is the subject of the poem, is “as in a field a silken tent.” He describes the tent, which he’s comparing to the woman, as swaying in the breeze when the weight of the due “relents.” It “sways at ease.” This wonderful image is quite evocative. It’s an interesting one to consider when one’s trying to relate the natural imagery to the “She” referenced in the first line.

The center pole of the tent, the speaker says, is a symbol of the “sureness of the soul.” Her soul is powerful and inexhaustible. It’s always there, like a “pinnacle to heavenward” supporting her. The woman is not held down by any “single cord,” the speaker says. She is only “loosely bound / By countless silken ties of love and thought.” Here, the speaker is emphasizing how free this woman is. There is very little, besides ”love and thought” binding her.

Here, readers have related the poem to Frost’s love affair with Kay Morrison, who was married at the time. The ties could represent the bounds that she does have to contend with in her life.

To every thing on earth the compass round,
(…)
Is of the slightlest bondage made aware.

In the final four lines of ‘The Silken Tent,’ the speaker changes directions. This is known as the “turn” in a sonnet. Rather than putting it between the twelfth and thirteenth lines as is common in Shakespearean sonnets, Frost chose to put the turn between the octet and the quatrain, as it’s usually placed in a Petrarchan sonnet.

The speaker shifts to describe how impactful a single “bound” can be in one’s life. The woman, who is mostly free of all bonds, has only one tie, her marriage, to concern herself with. He uses the same metaphor to depict this. If one string goes “taut” then “bondage” is made aware.

‘The Silken Tent’ by Robert Frost is a two-stanza poem that is divided into one set ten lines and one set of four, for a total of fourteen lines. This is the traditional length of a sonnet. The form is furthered through the use of a specific rhyme scheme: ABABCDCDEFEFGG. This is the traditional rhyme scheme of a Shakespearean sonnet. The poem is also written in iambic pentameter. This is the most common pattern in English poetry as well as the structure that’s used within Shakespearean and Petrarchan sonnets.

What is the tone of ‘The Silken Tent?’

The tone is passionate and descriptive. The speaker spends the lines outlining how he sees “her” and what her life is like.

What is the purpose of ‘The Silken Tent?’

The purpose is to explore the difficult and passionate relationship between the poet and a woman he loved after the death of his wife, Elinor.

What are the themes of ‘The Silken Tent?’

The themes at work in this poem are love and relationships as well as responsibilities/commitments. In this case, the speaker creates a contrast between his love for the female subject and her ties/commitments to her husband.

What is the meaning of ‘The Silken Tent?’

The meaning is that someone can be entirely free and still tied to the ground, like a silken tent waving in the summer breeze. The subject, Kay Morrison, is tied to the ground by her husband but not so much so that it inhibits her movements.

Readers who enjoyed ‘The Silken Tent?’ should also consider reading some other Robert Frost poems. For example: