Robert Lowell was born in Boston, Massachusetts in March 1917. His parents were Robert Traill Spence Lowell III and Charlotte Winslow. His family was of prominent lineage, able to trace their ancestors back to the Mayflower. They were one of Boston’s oldest families. This fact was something that would influence Lowell’s poetry. As a young man, Lowell was known for his somewhat violent personality. He did not get along with other children or teenagers as he grew older. 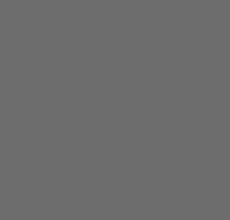 Lowell attended high school at St. Mark’s School in Southborough, Massachusetts. It was here that he met the poet Richard Eberhart and decided that he too wanted to write poetry. He went on to attend Harvard College for two years, leaving due to general unhappiness. Lowell travelled to Nashville with his friend and fellow poet, Merrill Moore.

Lowell has married Jean Stafford in 1940. The two were said to torment one another and their relationship ended in 1948. He would remarry a year later to Elizabeth Hardwick. Together they would have one daughter. Throughout his life, Lowell suffered from manic depression, an illness for which he was hospitalized on numerous occasions.

In the early 1950s, Lowell taught at the Iowa Writers’ Workshop and later at Boston University, Yale and Harvard. His students included Sylvia Plath and Anne Sexton.

In 1977 Robert Lowell died following a heart attack in a cab in New York City. He was buried in Stark Cemetery in New Hampshire. Today Lowell is best known for his numerous collections of poetry, such as The Dolphin, Life Studies, and Lord Weary’s Castle, published from 1944-1977, and posthumously.

From 1947 to 1948 Lowell served as the sixth Poet Laureate Consultant in Poetry to the Library of Congress. He also won the 1947 and 1974 Pulitzer Prize for Poetry, the National Book Award, and a National Institute of Arts and Letters Award in 1947.

A pastiche is a literary creation that imitates a famous work by another author.
Full Description | Glossary