Robert Pinsky’s ‘Samurai Song’ shows readers a daunting path to achieve fearlessness, mental peace, and most importantly, freedom from all kinds of suffering. 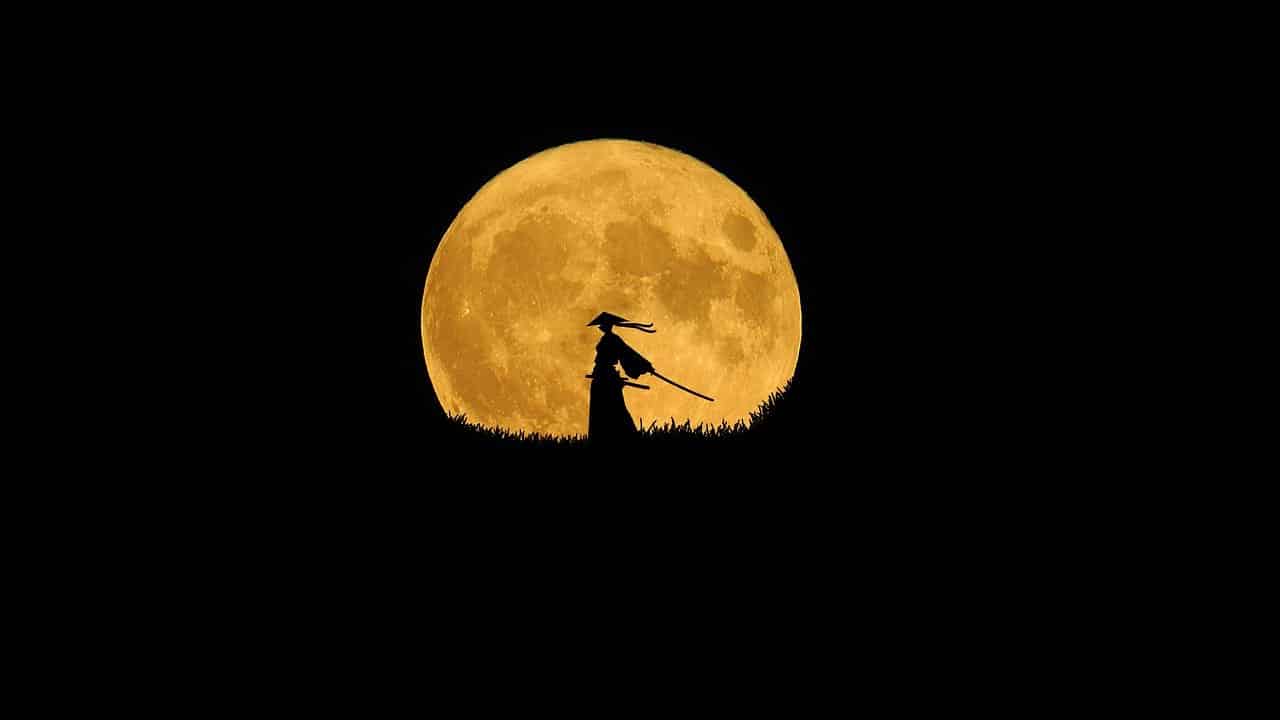 Robert Pinsky’s inspirational poem ‘Samurai Song’ appears in the collection, Jersey Rain, published in 2000. The title of this piece interestingly alludes to the medieval military class of Japan, Samurai. Pinsky does not write a song praising their feats. Rather, this song is more about cherishing or shaping the mind like that of a Samurai, indifferent to pain or any other shortcomings of life.

‘Samurai Song’ by Robert Pinsky describes how to be a Samurai mentally and fight every odds of life.

The anaphoric lines of this piece present a number of scenarios and how the speaker reacts in those situations. Specifically, Pinsky tries to shape a persona that resembles a medieval Samurai warrior. He is filled with courage and calmness. There is no place for sadness in his life. Be it homelessness or hunger, he fights all the odds with his own philosophy of life. “Need” is his tactic, and “detachment” is his strategy. Above all, he knows how to stay free from negativity and melancholy.

When I had no roof I made

When I had no thought I waited.

Robert Pinsky provides a number of life lessons to readers by presenting a persona. The subjectivity and authoritative voice of Pinsky idolize the mental disposition of a Samurai. He excludes medievalism and associates only the virtues that are appropriate for all ages.

For instance, in the first tercet, he glorifies the qualities of audacity (fearlessness) and self-control. His speaker directs readers’ attention to the fact that his mind will never yield to temporary shortcomings such as homelessness or hunger. He is prepared mentally to overcome all the physical pain.

The second stanza begins in a rhythm. Pinsky repeats the phrase “When I had no” and adds specific ideas after that. He tries to show the difference between a literal problem (such as blindness or deafness) and its philosophical solution.

For instance, when one is blind, they develop the capacity of listening. In the case of deafness, one is free to roam in thoughts or be creative in thinking. Likewise, if someone’s mind is at a standstill, they should learn patience.

When I had no father I made

Enemy I opposed my body.

The speaker of ‘Samurai Song’ does not ever feel lonely. On top of that, he never repents the things he did not have. According to him, when his father was not there, he made “Care” his father. When he had no mother, he embraced “order” in life heartily. So, there is always a door open for an individual who is ready to move on.

The fact that often troubles a person is lonely or friendless. In the speaker’s case, he does not lament for not having friends. Rather, he cherishes the “Quiet” for not having someone around.

When he does not have an enemy, he likes to oppose his own “body”. Here, “body” is a symbol of a comfort zone. Pinsky’s speaker challenges his body in order to train his mind always to be active and avoid the urges like staying at one place.

When I had no temple I made

No lover I courted my sleep.

In the last tercets of ‘Samurai Song,’ Pinsky taps on the ideas of religion, spirituality, fate, death, and love. The first few lines of this section are specifically about religion and spirituality. Pinsky’s speaker draws our attention to the fact that religious institutions have a minor role in one’s spiritual state.

He chose his voice when he had no temple to worship. The “voice”, one of the greatest gifts of life, should be worshiped. Besides, when he had no priest to chant holy lessons, he had his own tongue to utter the message of God. In this way, he is a religious institution in himself, and he does not need any other place to seek devotion.

Furthermore, when he has no means to carry on, he counts on his “fortune”. If he fails to grope for any solution, “death” becomes his sole companion. It shows the undaunting will of the speaker.

The final lines are the most memorable ones of the whole poem. Pinsky’s speaker says, “Need is my tactic, detachment/ Is my strategy.” These lines show the two greatest qualities one can possess, detachment and selflessness. The speaker only needs the things important for living. Hence, he is detached from all the materialistic pleasures available in the world. Finally, he says when he has no lover, the courts sleep as his soulmate.

Pinsky’s ‘Samurai Song’ is a free-verse lyric poem that is written from the perspective of a first-person speaker. The poetic voice resembles a Samurai, undaunted by all the shortcomings of life. It seems Pinsky is portraying a warrior directly from medieval times. Besides, the text consists of a total of 7 tercets or stanzas having three lines. Each section presents a complete idea or set of ideas. Though there is no regular rhyme scheme, the use of repetition creates a sort of engaging rhyming in the lines.

What is the poem ‘Samurai Song’ about?

Robert Pinsky’s ‘Samurai Song’ is about a speaker who remains calm while facing difficulties and takes action accordingly. His unyielding nature aptly resembles the mental disposition of a Japanese Samurai.

When was ‘Samurai Song’ published?

This poem was published in 2000 in Robert Pinsky’s one of the finest collections, Jersey Rain.

What type of poem is ‘Samurai Song’?

This epigrammatic poem is written in free-verse. It means there is no regular rhyme scheme or meter in the text. Besides, it is written from the point of view of a first-person speaker. Hence, it is also an example of a lyric poem.

What is the theme of ‘Samurai Song’?

This piece taps on a number of themes that include fortitude, mindfulness, calmness, life, and fearlessness. The main idea of the poem revolves around the courage and calmness needed in order to conquer the shortcomings of life.

The following list contains a number of poems that similarly evoke the themes present in Robert Pinsky’s ‘Samurai Song’.

You can also explore these exceptional poems about self-love.