The Stars Go Over the Lonely Ocean by Robinson Jeffers

‘The Stars Go Over the Lonely Ocean’ by Robinson Jeffers is a complex poem that suggests that the speaker’s contemporary world is falling apart and is only going to get worse before it gets better. 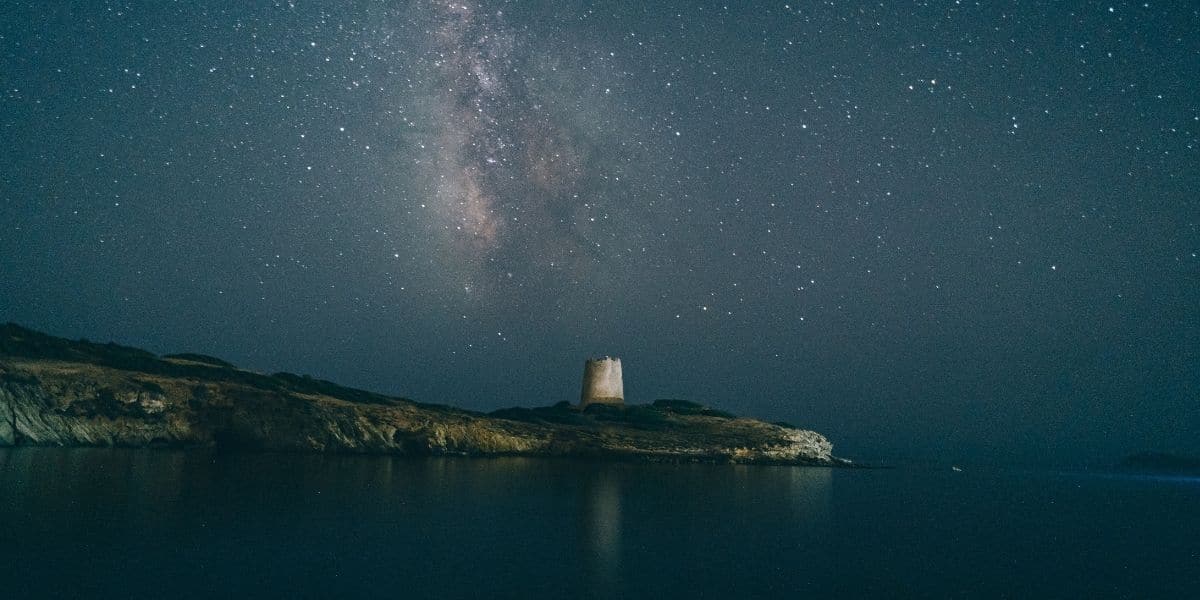 This unusual and interesting poem includes a variety of literary devices, like figurative language and allusions to Robinson Jeffers’ contemporary moment. Readers are likely to find themselves torn regarding the symbolism of the wild boar and his assertions regarding politicians and social issues.

Explore The Stars Go Over the Lonely Ocean

‘The Stars Go Over the Lonely Ocean’ by Robinson Jeffers is a complicated poem about “far off things” and nature.

The poet begins by describing how he was walking along a hillside when he saw a boar (or “old monster”) digging for roots and other food items in the shrubs. Using personification, the poet describes the boar speaking and saying that the state of the world is degrading. He suggested everyone would be better off hiding for the next 400 to 500 years and avoiding the “lies” and false ideologies of politicians.

‘The Stars Go Over the Lonely Ocean’ by Robinson Jeffers is a four-stanza poem divided into sets of seven lines, known as septets. Besides this structure, the poem is written in free verse. This means that the lines do not follow a specific rhyme scheme or metrical pattern. They vary in length, word number, as well as end sounds. For example, the first stanza uses the end words “things,” “wandering,” “ridges,” “evening,” “ocean,” “boar,” and “Mountain.”

Unhappy about some far off things

That are not my affair, wandering

Along the coast and up the lean ridges,

I saw in the evening

The stars go over the lonely ocean,

And a black-maned wild boar

Plowing with his snout on Mal Paso Mountain.

In the first stanza of the poem, the speaker, who is often regarded as (at least in part) Robinson Jeffers, begins by describing a moment in his life. He was wandering along the coast and a hillside while thinking about “some far off things” that were not his “affair.” Here, he’s suggesting that he’s thinking about people or events that are distant from his everyday life, but that bother him in some way.

The poet continues the clear, landscape-focused imagery in the next lines. He describes the stars moving over the quote lonely” ocean and a “black man’s wild boar” snuffling on the hillside of Mal Paso Mountain.

Readers who are familiar with Robinson Jeffers’ poetry are likely to find themselves already well acquainted with the style of writing and the poet’s general interest in the landscapes. This one, rather than being set in California as most of his poems are, is set in Spain in the mid-1950s.

The poet brings in dialogue in the next lines spoken from an entity that he refers to as the “old monster.” This is an interesting description, one that has inspired some readers to consider what kind of monster he is and what he represents. Perhaps, he symbolizes greed or division. Or, perhaps Jeffers was thinking about the boar as a “monster” of “old.”  He used to be what people out in nature feared, but now their concerns shifted.

He speaks about the sources of food to be found along the landscape and the fact that “The best nation in Europe,” “Finland,” has fallen. Here, even without political or social context, readers can assume that the speaker feels as though the world is declining. He is thinking that if the “best nation” on the continent can fail, so too can any country.

The stanza ends with the repetition of the general structure of the previous stanza’s final two lines and another reference to Mal Paso Mountain in Spain.

And bound to be worse before it mends;

In the third stanza, the speaker continues the words of “the old father of wild pigs.” He says that the world is in a bad way and that it will get worse before it gets better or “mends.” The monster suggests the best course of action is to “lie up in the mountains here” for four or five centuries to escape the worst of what’s going on within civilization. During this period, one can wait as the “stars go over the lonely ocean.”

The quarter wild pigs” is described in the last lines as “plowing the “fallow” on the same mountain. It’s not entirely clear who the poet is envisioning at this point if the “old father” is the same as the “monster” (which some have suggested represents greed) or if there is another character in the mix.

“Keep clear of the dupes that talk democracy

The poem comes to what feels like an obvious conclusion in the fourth stanza. After declaring his intention to remain in the mountains for the next 400 to 500 years, the speaker, this time described as the “gamey black-maned boar,” speaks out against politicians. He calls them “dupes” and “dogs,” asserting that they are “Drunk with talk” and “liars.” The beliefs they put forward are nothing more than ways to control the populous. The speaker declares himself free and advocates for freedom to continue.

He doesn’t feel that any time spent on these beliefs is going to better the world. Wars and ideologies are ways of controlling other people, and he doesn’t want his life to be run by other people. He believes in his “tusks,” or what’s right in front of him. He asserts that reality, the physical world (and nature more generally) are the only things one can really believe in. The final lines include the same, similarly structured refrain.

What is the tone of ‘The Stars Go Over the Lonely Ocean?’

The tone is direct and passionate. The speaker, a wild boar, spends most of the poem talking about the worsening fate of the world in regard to contemporary politics. He asserts that it’s better to go ahead and spend the next 400 to 500 years hiding from life.

What is the purpose of ‘The Stars Go Over the Lonely Ocean?’

The purpose is to convey a particular set of beliefs, one that Robinson may have shared, regarding what’s truly important in life and the less than honest opinions and actions of politicians and social activists during his lifetime.

Who is the speaker in ‘The Stars Go Over the Lonely Ocean?’

The speaker is a third-person narrator who conveys the words of a boar, or an old monster, who gives advice regarding the contemporary state of the world. He suggests that people should ignore the “lies” and “ideologies” of politicians and trust in what’s real.

What is Robinson Jeffers known for?

Jeffers is known for his contemporary verse, much of which deals with philosophical issues of humanity and nature. He spent much of his life living along the Pacific coast in California, which served as the setting in many of his best poems.

What kind of poem is ‘The Stars Go Over the Lonely Ocean?‘

‘The Stars Go Over the Lonely Ocean’ is a free verse poem divided into four sets of seven lines. These seven-line stanzas, or septets, do not follow a specific rhyme scheme or metrical pattern.

Readers who enjoyed this piece should also consider reading some other Robinson Jeffers poems. For example:

Home » Robinson Jeffers » The Stars Go Over the Lonely Ocean