Then by Roddy Lumsden

The poem Then by Roddy Lumsden illustrates a memory of a moment of love shared by two people. The speaker reflects upon the past with yearning and admiration. The importance of passion and togetherness is implied. As the words flow together, the reader is left with an image of a couple very much in love.

In this piece, the speaker is listening to a lost recording of him and his lover making love. While listening to the tape, he clearly values his lover and pays specific attention to any utterances that she makes. The things that he does or says carries little importance to him. The focus is placed on her and the way she expressed herself during their union.

He listens to the entire tape, even the seemingly insignificant parts which shows how much delights in the flashback. He draws attention to the slightest details including the sounds the cars made as the drove by on the way home.

The entirety of this poem, breathes a fresh air of nostalgia and longing. By telling a story of the past, the speaker’s reminiscent voice brings images forth of his relationship with a woman that he loved.

Another feeling that the poem evokes is one of carefreeness. It seems as if the relationship is fairly new and there is still that stage of passionate love coming into play. The beginning stages of a relationship may be reflected on later in time with a sense of fondness and regard.

For the first time, I listen to a lost
(…)
making love near-on ten years ago.

The first stanza of the poem, which can be read in full here, is perhaps the most nostalgia-provoking and provides the reader with an image of the speaker and his lover’s closeness. Making a reference to a memory that they shared, the speaker reveals that he had recorded it. The fact that it was recorded shows that the moment was valued and that the speaker would want to refer back to it at a future time, perhaps to relive the moment. Listening to the recording and feeling so much emotion, after such a long time shows the connection that these two souls share. By referring to the recording as ‘lost’ and ‘secret’, it seems like a treasure, fortunate to have been found. Since the recording was made ten years ago there are most likely many things that have changed not only in his lover but also in himself. Looking back at oneself in the past provides a high level of insight and understanding. Given that it is the first time listening to the recording, one may infer that the result may have been an array of emotions.

Because making love is such an intimate moment, the couple’s deep connection is once made clear to the reader. The speaker refers to them as ‘us’ which shows their unity and togetherness.

I recognize your voice, your sounds,
(…)
I could be any man in any room.

In the second stanza, the speaker makes his lover seem precious and acknowledged, by stating that he recognizes her voice when he can’t even recognize his own. It isn’t that he can’t actually understand his own voice, but it is that his own voice is not the one that matters to him. His lover is the one that he longs to hear and all his attention is placed on her. As the speaker reflects on his lover, intently, once again, their connection is reiterated.

After, the rising sounds of rising
(…)
as you step up close to the deck,

During this stanza, the couple wraps up their unified experience. One is able to sense that the peak of the memory is finished. This is when reality begins to settle in and it is time to return to the regular day to day experience. It is undeniable that their union was a magical experience that left them with something beautiful to remember, but as they get dressed, they must go on with their life. In this very moment the longing has begun. It is now that their minds are being flooded with thoughts of returning to one another at some point near in the future. The end of this moment has become the reason for the beginning of another.

perhaps to pick up shoes, you sing
(…)
I call on you to hurry and we leave.

As one pictures the speaker’s lover singing a song leaves the image that she is lighthearted, bright, and a happy person. By saying ‘I call on you to hurry and we leave’, the author alludes to the carefree nature of his lover and perhaps the realist that is present within himself. In a relationship, there is sometimes a person who is the more structured of the two, and the speaker seems to assume that role. Often, individuals are attracted to their counterparts.

By insisting that his lover hurry, it can be assumed that they needed to be somewhere else. Perhaps they were young, and needed to return to their homes. The joys of youthfulness can be reflected upon by the reader.

It does not end then; the tape rolls on.
(…)
might have passed us walking away

The speaker then progresses to stress the elongation of time that may actually parallel the length of their relationship. In this section of the poem, the length of the tape plays a role in the depth of the nostalgia experienced by the speaker. By listening to the recording long after the peak of the experience has finished, one can observe the longing of the speaker perhaps to return to that moment. Listening to the recording even long after anything significant was said or done, can also serve as an attempt to reconnect to the moments experienced with his love.

triumphant, unaware we’ve left behind
(…)
of silence to which we may never return.

The last stanza speaks of silence to which can not exist any longer. This can be for a multitude of reasons. One of the most likely reasons is that when getting to know each other deeply, the couple has been surrounded by an air of familiarity. By knowing each other so deeply, the novelty fades, and they may become more vocal and open with one another. The innocence of a new relationship does not last over time. This can possibly be the rationale behind the awe that was experienced when coming across the recording. It is possible that these were some of the most beloved times that the speaker has ever beheld.

The author of the poem Then, is named Roddy Lumsden. Lumsden was born in the year 1960 in a small town in Scotland. As a child, his family would read aloud to him, which began his passion for literature.

Lumsden has received multiple awards for the quality of his poems. He has published various poetry collections. Aside from writing poems, Roddy Lumsden, has served as an educator, editor, and a freelance writer. Some of his inspirations include the widely known T.S. Eliot and Sylvia Plath. 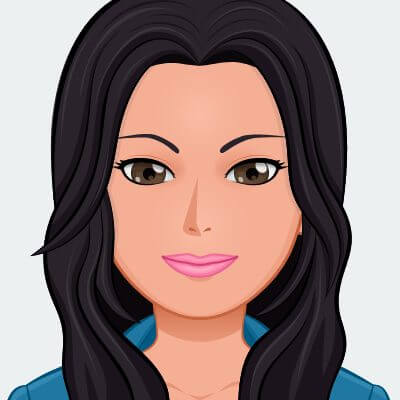 Ariana has a Bachelor's degree in Psychology from the University of Florida. As well as being a teacher, Ariana has a keen interest in poetry, being a poet herself.
Subscribe
0 Comments
Inline Feedbacks
View all comments