Humayun to Zobeida by Sarojini Naidu is a six-stanza work that depicts a man who is upset with a woman he adores who will not allow him to further their relationship with so much as a “kiss.” The verb choices within early stanzas work to solidify these notions so strongly the reader begins to feel the narrator’s sorrow. In later stanzas, however, the tone of the poem changes so that the narrator is shown to be dramatic and harsh in a way that hints a lack of credibility toward all of his claims. In fact, at this point, the reader can notice there is no indication of the woman’s feelings regarding the narrator or the scenario outside of the elements that the narrator provides on her behalf, which taints the situation with uncertainty. What had previously been a heartfelt cry of longing becomes a work that showcases pressure and ill intent from what had been an innocent narrator before smaller details arose.

The overall theme of the poem can be seen in this concept, that perspective and representation sway the outcome of a circumstance. Just as the narrator’s intentions are hidden through the limited perspective of early stanzas, facts can be mangled with tunnel vision in regard to a controversy’s participants. Essentially, it pays to know all of the relevant and necessary details before forming an opinion on guilt and blame.

You flaunt your beauty in the rose, your glory in the dawn,

This stanza conveys the appeal of the woman of the narrator’s interest by offering natural elements as comparative concepts. These things include “the rose,” “the dawn,” “the nightingale,” and “the swan,” all of which convey serenity, comfort, “grace,” and “beauty.” Altogether, the situation is a fortress of lovely commentaries that grant the reader the impression that this woman is so wonderous that she transcends the common nature of humanity in general.

In essence, to fully capture the appeal of this woman, the narrator has to reach for concepts that are renowned for their goodness. Few things, for instance, are as noted for “beauty” as a “rose,” and “the swan” can be considered the epitome of “grace.” Just like a “dawn,” this woman can bring the narrator newness, and her ability to bring him “sweetness” and comfort are as surreal as the song of a “nightingale.” All of these details create a vision of wonder.

The narrator, however, does not treat these concepts as good things since the woman is being accused of “flaunt[ing]” them. There is no modesty or humility with that approach, which makes the compliments feel like accusations.

Also interesting is that the narrator is claiming this “flaunt[ing]” is happening “in the rose” and so forth, rather than the more standard comparative tool of “like” or “as.” This woman is not “beaut[iful]” like a flower, but her “beauty” is “flaunt[ed]” “in the rose.” This element could give the reader a moment of pause, but if these natural concepts are being treated as the things they represent, the potential meaning becomes more focused. If “the rose” actually represents the person’s “beauty,” then the beginning words could be a declaration that only in that physical nature does this woman’s “beauty” manifest. From there, “the glory” could be focused on the newness of life that the narrator feels, like a “dawn.” Furthermore, the “sweetness” of the woman could only be present in her ability to soothe like a “nightingale,” and her elegance may only be present in her regal “grace” that is akin to a “swan.”

Once more, the verb choice in this stanza shows accusation since the person “haunt[s]” the narrator, but the more traditional approach of comparing with “like” is employed. With that strategy, the meaning becomes more solid and concrete, which could be a reflection of the change in perspective. In the first stanza, the narrator is commenting on how the woman “flaunt[ed]” her positive traits, so having to make less concrete commentaries is understandable since the narrator cannot know precisely what is going on in her head. In this second stanza, the narrator is addressing his own reactions, meaning that something more certain can be stated.

Still, the connections to the inhuman elements prevail within this stanza, once more hinting that human traits are not sufficient to describe the matter. This time, the narrator uses lucid and mysterious concepts to reflect his situation, things like “a dream,” “the moon,” “a musky scent,” and “a tune,” none of which are things that can physically be embraced in day-to-day life. A person cannot touch “a dream,” “a scent,” or “a tune,” and physically connecting with “the moon” would require space travel. In this, the reader can see the narrator sees this woman as something ethereal and mysterious. The narrator, it seems, cannot fully pinpoint or touch the source of this woman’s appeal, but with the use of harsh verbs like “[p]ervade” and “possess,” that appeal clearly comes with unpleasant ramifications.

Yet, when I crave of you, my sweet, one tender moment’s grace,

You cry, “I sit behind the veil, I cannot show my face.”

From this pair of lines, the reader begins to understand why the narrator treats the woman as mysterious since she is “behind the veil” and unseen in certain aspects. Furthermore, the rationale for the negative verb choices begins to find reason because this detailed, distant reaction from the woman happens when the narrator “crave[s]” her, as if her beauty and wonder cannot be appreciated by the narrator on the terms he wishes.

This is particularly unsettling for the narrator because she is his “sweet, one tender moment’s grace.” Still, she refuses further closeness, not by “saying” or “declaring” her refusal, but by “cry[ing]” out her response, which grants the situation a dramatic flair and a bit of confusion. Why, after all, would the woman have to “cry” this information if she were in fact toying with the narrator?

Shall any foolish veil divide my longing from my bliss?

Shall any fragile curtain hide your beauty from my kiss?

This dramatic flair continues in this fourth stanza with the introduction of the aged term, “Shall,” a word that takes the verbiage out of a modern setting in a way that is jarring. Likewise, the representation of the situation takes a jarring turn in this stanza, furthering the unease that surfaced upon knowing that the woman had to “cry” her refusal.

Clearly, the narrator is frustrated over the distance that’s being forced between himself and this woman, but all of this poem is being given by that narrator. In fact, the only dialogue garnered from the woman is the quote the narrator provides. Since the narrator has worked to lash out at this other person with harsh verb choices, it strengthens the concept that more may be happening beneath the surface of this work than what the narrator is relaying.

Because there is no indication of why the woman is refusing further closeness, this notion escalates in importance as without knowing the reason behind the refusal, there is no way to know if the narrator himself is not the villain of the situation. Any negativity the reader has gained in regard to the woman could be the product of the narrator’s harsh verbs and insistencies. Perhaps then the woman simply does not feel comfortable enough with the narrator to share a “kiss” with him, or perhaps she does not share the narrator’s affections at all, which would mean all of the narrator’s complaints have no basis on anything other than his own feelings.

With this in mind, the ramifications of this stanza take a horrific turn. Not only does the narrator claim this separation to be a “foolish veil,” but he ends this stanza by asking if “any fragile curtain [can] hide [her] beauty from [his] kiss.” In those two lines, he quickly dismantles the value of the “veil” that seems so important to the woman by first labeling it as “foolish,” then tearing the idea down further by calling it a “fragile curtain.” This can be seen as a method of devaluing the woman’s desires, and since the narrator hints that those desires are not enough to keep him from a “kiss,” this situation can be taken as threatening. If such is the case, the criticism that has been placed on the woman is faulty since the narrator has revealed himself to be the true villain.

What war is this of Thee and Me? Give o’er the wanton strife,

You are the heart within my heart, the life within my life.

The confusion in regard to the narrator’s claims is continued and prevalent within these final lines. The scenario is labeled a “war,” and the narrator insists the woman “give o’ver the wanton strife” in a manner that is demanding and entitled. Just as quickly though, the narrator turns to something more vulnerable and emotional, that she is “the heart within [his] heart, the life within [his] life.” Given the uncertainty of the narrator’s earlier declarations, however, this ending line can be viewed as yet another method of manipulating the circumstance so that he appears pleasant and ill-treated. If this is the case, it is further evidence that the narrator is untrustworthy and the true issue in the circumstance.

Overall, this poem utilizes limited perspective to build a scenario that leaves the reader unsure of what definitively is happening. It could be that the woman truly is toying with the narrator, or it could be that the narrator is claiming these notions in response to a desire that has not been fulfilled by making her seem like a crude person. In the end, the safest assumption is that the woman has a reason to not grow closer with the narrator, and the narrator is pushing the circumstance in an unacceptable fashion.

In essence, the reader can see this as an illustration that any missing information can sway a debate, and perspective can be invaluable when sorting through life’s important matters.

Born in the 19th century, Sarojini Naidu was an Indian poet as well as a noteworthy politician. In fact, she was the Governor of the Uttar Pradesh in the 1900s, and she’s been noted as an activist of her time. In addition to these noteworthy accomplishments, she was connected to the Indian National Congress, and her work as an activist has made her name as prevalent in the modern world as her writing has. 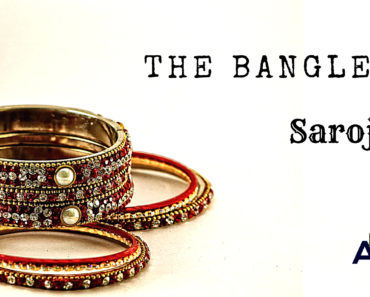 Connie L. Smith spends a decent amount of time with her mind wandering in fictional places. She reads too much, likes to bake, and might forever be sad that she doesn’t have fairy wings. She has her BA from Northern Kentucky University in Speech Communication and History (she doesn’t totally get the connection either), and her MA in English and Creative Writing. In addition, she freelances as a blogger for topics like sewing and running, with a little baking, gift-giving, and gardening having occasionally been thrown in the topic list.