The poem Present by Sonia Sanchez is a colorful and rhythmic piece with 2 stanzas looking into the life and emotions of the author concerning her personal and communal history. Sanchez is known for her work elevating and describing the experience of African Americans, particularly her radical use of the black vernacular, promoting the dialect as a valid form of communication crucial to the black experience. Her work is influenced by the legacy of the Harlem Renaissance, the birth of Black Studies, and a rich personal history of involvement in the Black Power Movement. The poem spans generations, articulating connections between two cultural affinities that have lost much in the way of recorded history but live on through collective memory and participation in a ritual to remain connected. It utilizes some sparse repetition, the imagery of motion, and an exploratory tone to describe her search for identity as well as a reverence for her ancestors who aid her in her journey towards consciousness.

This particular poem can be summarized as an introspective piece that is both autobiographical in nature for the author, yet can reveal a great deal about cultural knowledge and understanding from the perspective of black and indigenous women. Sanchez uses her command of melody and rhythm to evoke color and imagery that is distinct to her connections to blues, as well as her indigenous heritage as she experiences it. She seems to question her place in this collective history, searching and experimenting with movement, song, and dance as a way to tap into a deeper state of understanding.

This woman vomiting her
(…)
before memory came

The first stanza of the poem, which can be read in full here, evokes melodic motion, Sanchez uses her iconic blues and hip hop rhythms to create imagery of a woman taking action. I see this as being a self-portrait of sorts, or a snapshot of her current perspective of self. She calls upon her own physical features, affirming her connection to her Alabama roots and her skin tone. This emphasis on skin tone is prevalent in Sonia Sanchez’s work as well as a major theme in African American literature. The divisive nature of colorism; the practice of assessing someone’s value based on the tone of their skin, as it has impacted class and beauty standards, particularly for black women, is a topic of discussion for many feminist writers. Although historically, lighter-skinned women were considered more beautiful, receiving more visibility and privilege in western societies, Sanchez addresses the reverse prejudice that can impact lighter-skinned women involved in the black power movement, as Sanchez was. She works to affirm the beauty of all shades, yet focuses here on ‘yellow’ a term that often describes a particular black aesthetic. The term here is used to subvert the common derogatory connotation of the term, used to objectify women based on their skin.

Line 11 is interesting in that it displays pleasure, yet also describes a silence around this pleasure. It says to me that Sanchez is asserting her right to be a sexual being without the demand of being desired or objectified. Instead of being an object of desire, she creates an image of art and movement in line 12 that can reveal important knowledge, this knowledge is coded in secret and can be recalled from memory, which evokes a theme of indigenous, and traditional African ways of passing on information. Particularly, history is archived using dance, music and stories, and available to members of the community willing to listen. Sanchez uses these last lines to describe women as the gatekeepers of this knowledge.

this yellow movement bursting forth like
coltrane’s melodies all mouth
buttocks moving like palm tress,
(…)
is telling you secrets
gather up your odors and listen
as she sings the mold from memory.

The next stanza laments the peculiar position of black women who are often described as unbreakable, strong, hard etc. Sanchez grieves for the lack of space to be soft. She seems to indicate that there is a price for holding so much history. However, there is an acknowledgment of her individual history as small, or childlike in lines 7 and 6. This gives the sense that there is room for growth and that her individual history is only a portion of a larger history. In lines 9 and 10 she references her Native American and African history, tying herself to a heritage of ancient forgotten knowledge. Like many black poets of her time, she utilizes the concept of Big Time; the understanding that the past, present, and future are arranged in a circular pattern, that our collective past is informing the present and the future, as well as the future, is an indication of our past. This perspective is prevalent in the philosophy of African Diasporic literature. In this tradition, we are both individual and community, informed by generations of wisdom, work, and art-making.

In line 17 through 20, there is a switching between the past and the future, from “grandmothers gathering” to be aware of her own birth, against the backdrop of growing awareness of self. This awareness can be found in the last four lines which repeat the word “walking” which can be taken as a journey, both towards herself, from her past, and to her future. She calls upon the magic of her heritage to guide her in these last lines, describing herself as pregnant with a quest for identity that resonated with women of color who often have many gaps in their knowledge of their ancestors, yet carries strong connections to the past through expression, imagination, and literature.

An iconic figure of the Black Studies renaissance, Sonia Sanchez is a poet, playwright-activist, and professor who is as captivating on stage as she is in written form. Born in 1934 in Alabama, she was moved to Harlem in her early teens to live with her father. This transition would place in the mecca of black thought at the time, a place exploding with diverse art targeted at uplifting and revealing the black experience in a way that it had never been discussed or developed before. Sanchez became a prominent face in circles with other iconic black intellectuals such as Amiri Baraka and Etheridge Knight. After her graduate studies at NYU she went on to become one of the first staff members at New York’s Downtown Community School, and what is now San Francisco University where she played a key role in developing what we now know as Black Studies.

She published Homecoming, her first book of poetry, in 1969 launching herself into a unique space of a new poetry landscape that privileged black vernacular, her 1970 publication We a BAAAD people. She also wrote and directed several plays in the same timeframe, all concentrating on the celebration of black culture, which until this time was considered to be of lower cultural value than other art forms. Her work has been hailed as revolutionary and throughout her career, she has received many prestigious awards. She became the first Presidential Fellow at Temple University, she also received the Peace and Freedom Award from the Women’s International League for Peace and Freedom.

Additionally, she was awarded the American Book Award for Poetry, the Pennsylvania Governor’s Award for Excellence in the Humanities, the Robert Frost Medal, among many others.

Sonia Sanchez became a major figure in the fight towards equality from 1970 till the present day, teaching, speaking, and ultimately shaping the future of African American literature with her unique voice and creativity. Her contributions continue to inform the future of Black Studies as they expand to include a global understanding of black thought, history, and artistic expression. 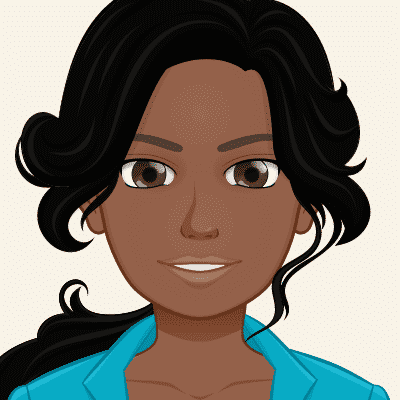 Binta has a lifelong love for poetry. For more than six years, Binta has taught and coached poets in a community learning setting with the likes of Girl Power, YWCA and Tomorrow's Genius and has been a Lead Editor and General Manager for a Literary Magazine.
Subscribe
2 Comments
Newest
Oldest Most Voted
Inline Feedbacks
View all comments