‘The Portrait’ by Stanley Kunitz is a sad poem about the speaker’s ill-fated attempt to learn more about their deceased father.

Stanely Kunitz was the 10th poet laureate of the United States, named as such in the fall of 2000.

Throughout his career he won the Robert Frost Medal.

Central Message: Burying trauma and grief leads to expressing it in unhealthy ways

Speaker: A child in their old age

In ‘The Portrait’ a failure to forgive causes a mother to lash out at her child. Through the use of figurative language and imagery, the poem imparts a tragic lesson on the unintended consequences of compartmentalized anger and grief.

The speaker of ‘The Portrait’ opens with a dually shocking and profoundly depressing statement of fact: their mother has never forgiven their father for his suicide. From there, the speaker tries to explain why their mother is unable to let go of her anger — with explanations ranging from the location (“a public park”) to the “awkward” timing of it all (i.e., just before the speaker’s birth). As a result, the speaker’s mother banishes the very mention of the father’s name from her and the speaker’s lives. But his absence is only made that much more gravitating by the mother’s vitriol. Eventually, the speaker steals away to the places his memory has been hidden and emerges with their father’s portrait. This ignites their mother’s long-simmering rage, leading to them tearing up the picture and giving her child a slap that they still feel the burn of six decades later.

‘The Portrait‘ is a twenty-one-line poem written in free verse. It’s composed entirely in a single stanza, with lines varying from brief two-syllable phrases to longer eight to ten-syllable lines. With the exception of a few lines ending in commas, much of the poem employs enjambment to follow the natural flow of each sentence.

‘The Portrait’ uses a handful of literary devices, including figurative language and imagery, to poignantly illustrate their complicated relationship with the memory of their father and mother. Kunitz’s use of metaphor (“She locked his name / in her deepest cabinet”) highlights the severity of the mother’s attempts to bury out of spite the memory of the speaker’s father. There’s also the personification of their father’s locked-away name, which Kunitz uses to underscore the fact that the more the mother tries to erase his presence, the more the speaker seeks it out. Finally, there’s also an example of hyperbole at the end of the poem when the speaker reveals they can still feel the “burning” on their cheek from the slap given to them by their mother. Which ends up being a potent symbol of the trauma they’ve inherited from both parents.

Kunitz also uses brief but impactful images to drive home some of the emotional themes of the poem. There’s the carefully ominous ambiguity of a suicide in a public park and the detailed description of the father’s portrait by the speaker — the diction of which implies the heroic image they have conjured up of their father. But there’s also the straightforward but nevertheless graphic kineticism of the portrait being ripped to shreds and the stunning slap.

My mother never forgave my father
for killing himself,
(…)
that spring
when I was waiting to be born.

The poem begins with a shocking admission by the speaker that’s meant to give insight into the relationship (or lack thereof) between a child and their parents. Not only is their father lost to suicide, but their mother has also never forgiven. Her refusal owed to the incident’s “awkward” timing and because he chose to do it at a public park. It also turns out that the reason it was such an inconvenient time to become widowed was that she was pregnant with the speaker at the time.

The entire poem is propelled by its first shattering line alone, where the speaker states so matter-of-factly the way their family has been eternally fractured by the residual emotional damage of their father’s suicide. Kunitz’s use of understatement (when describing the speaker’s mother’s pregnancy as an “awkward time”) and irony (i.e. one of the mother’s main gripes over the suicide of her husband is that it happened in a public park) underscore the many complicated emotions attached to a traumatic death of a loved one. As well as the ways in which the speaker’s view of their father is based on their mother’s memory — one twisted by her own pain and bitterness.

She locked his name
in her deepest cabinet
and would not let him out,
(…)
she ripped it into shreds
without a single word
and slapped me hard.

This middle section of ‘The Portrait’ focuses on the mother’s forced removal of the father’s memory from both her life and that of her child. The consequences of this unfold in a memory the speaker had from his childhood when he discovered a “pastel portrait” of their deceased father. When their mother finds out, her rage gets the better of her.

Kunitz begins by using a metaphor to describe the lengths the mother has gone to bury the memory of the speaker’s father. She begins by locking away his name inside a cabinet — an odd image that implies her refusal to speak or allow it to be spoken around her. But the oddities continue when Kunitz continues the metaphor into the preceding lines, personifying the father’s name as the speaker describing how they could “hear him thumping.” It’s a gloomy and somewhat unsettling illustration of how the mother’s banishment of the father’s memory and her own anger has actually kept him quite tangibly alive amongst them. Like a spirit yet to be exorcised from their lives.

This is all the more apparent in the speaker’s description of the portrait (a “long-lipped stranger” with a “brave moustache” and “deep” brown eyes) as they emerge from the attic. As it’s clear through their diction, the speaker has developed a heroic sense of admiration for their father. This drives the mother to destroy the last remaining memory of the man she’s never forgiven and then gives her child a hard slap to imprint the moment further.

(…)
I can feel my cheek
still burning.

In the final three lines, the speaker reveals how this memory has endured throughout their six decades of life. Their burning cheek has become a symbol of their mother’s rage, which was directed at them as a child in lieu of their deceased father. What started as a poem about the devastating effects of one parent’s decision ends with another parent making that same mistake. If the mother couldn’t forgive the father for their suicide — how is the speaker supposed to forgive (or ever forget) the way their mother violently lashed out at them?

What is the theme of ‘The Portrait?‘

One of the main themes of the poem appears to be an understanding of the way trauma is passed on from parents to their children. Out of the tragedy of one suicide, which severs the relationship of the father from the speaker and mother, comes an unrelenting anger that eventually poisons those left behind.

What is ‘The Portrait’ about?

The poem is about a child remembering in their later years the effects of their father’s suicide on their mother, which drives her to remove any trace from her life. This unintentionally leads the speaker to pursue his memory and leads her to take out that unresolved rage on her own child.

Is ‘The Portrait’ autobiographical?

Kunitz’s father did end his life by suicide in a public park, so it is safe to acknowledge the possibility that the author drew on his own life to inform the speaker of the poem. A collection of artist profiles titled ‘The Light Within the Light: Portraits of Donald Hall, Richard Wilbur, Maxine Kumin, and Stanley Kunitz’ also describes how his mother — like the one in the poem — removed any sign of the father from their household in the aftermath.

Why did Stanley Kunitz write ‘The Portrait?‘

Kunitz no doubt wrote the poem as an attempt at some catharsis over his own unresolved trauma, not just because of the suicide of his father before his birth but also his mother’s long-lasting contempt over it. 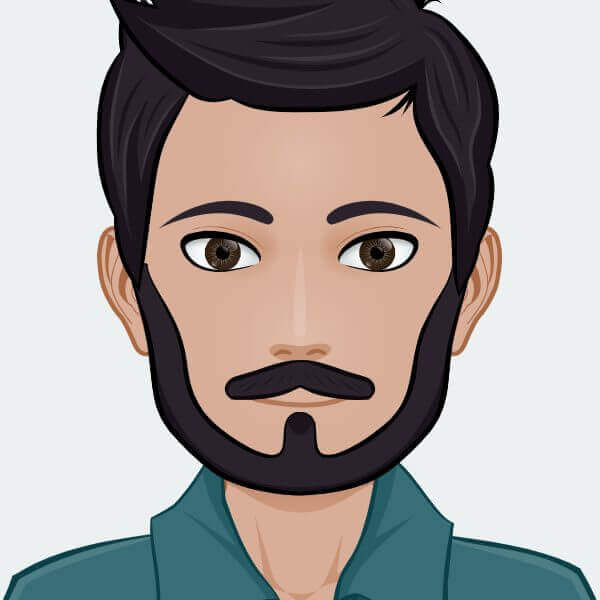