The Double Shame by Stephen Spender

‘The Double Shame’ by Stephen Spender conveys a depiction of what the world feels like when one loses a very important person in their life. Everything is transformed in a way that makes a living from day to day difficult. 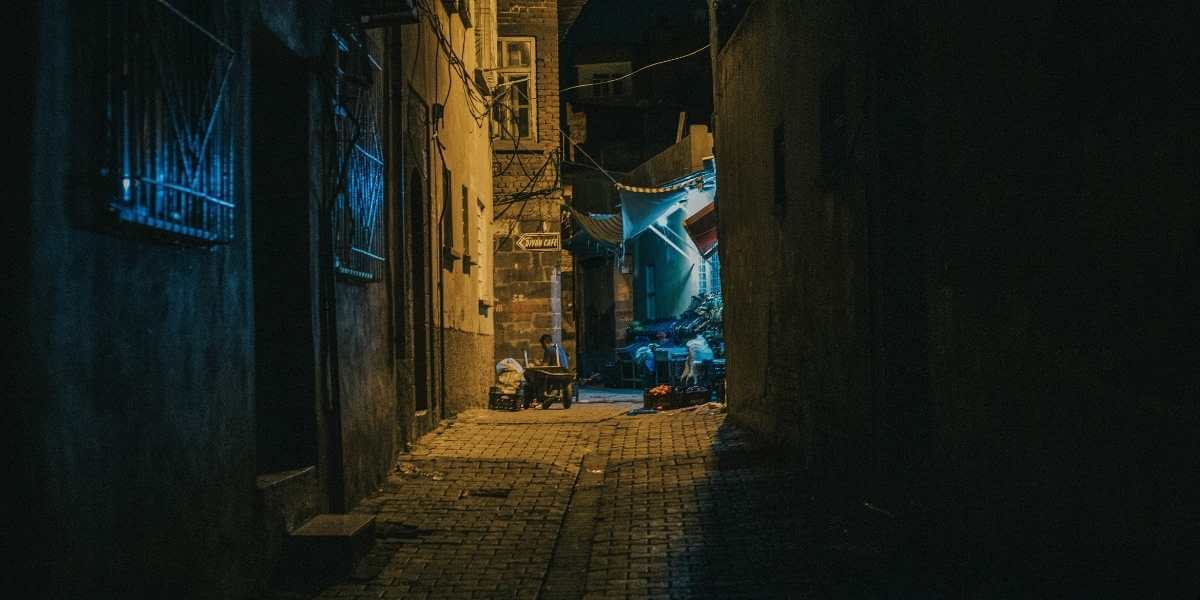 This is a unique Stephen Spender poem that asks readers to imagine a certain state of mind. The poet uses fairly easy-to-understand syntax and word choices to convey the incredibly painful day-to-day life of someone suffering an important loss. What exactly that loss was is somewhat up for interpretation.

‘The Double Shame’ by Stephen Spender is a poem about loss and regret.

The poet opens the poem by saying that no matter how bad things get, it’s important to persevere through the time in which everything hurts. The following lines are dedicated to a description of what the world feels and looks like when one is in a state of mind. It is impossible to enjoy everyday activities, nature, or even sit down and read a book.

The words on the page are blurred together and appear more like hieroglyphics than understandable language. The poem concludes with four memorable lines in which the speaker suggests that you are the only one you have to blame for your mistakes. You loved too much and too little.

‘The Double Shame’ by Stephen Spender is a five-stanza poem that is divided into sets of seven or eight lines. The poet does not use a specific rhyme scheme, but there are numerous examples of rhyme. For example, “blind” and “kind” in stanza one and “room” and “doom” in stanza three. The poet does use other examples of repetition in the poet, seen through the use of anaphora. This helps emphasize specific messages and statements. The first few lines of the poem and the final four lines are the most impactful, in part due to anaphora.

In this poem, Spender uses a few different literary devices. They include but are not limited to:

You must live though the time when everything hurts
When the space of the ripe, loaded afternoon
Expands to a landscape of white heat frozen
And trees are weighed down with hearts of stone
And green stares back where you stare alone,
And the walking eyes throw flinty comments,
And the words which carry most knives are the blind
Phrases searching to be kind.

In the first stanza of ‘The Double Shame,’ the speaker begins by saying that no matter what happens, one has to persevere through the darkest and most painful moments of their life. The “time when everything hurts” is going to pass, he alludes, and you’ll have to make it through.

The next lines depict what that “time” is like through image-rich and metaphorical language. He uses phrases like “hearts of stone” to describe how the trees seem to be weighed down. The poet continues his use of personification while also conveying how this imagined world is transformed. When something changes one’s perspective on life (or something terrible happens like a breakup, death, divorce, etc.), the warm summer comes to a “landscape of white heart frozen,” and all the once beautiful trees seem heavy and sad.

The whole world represents how one feels, and no one can improve that person’s mood. The speaker notes that “the words which carry most knives are the blind / Phrases searching to be kind.” Those who try to help and use stereotypical phrases to console are only making things worse, the speaker says.

Solid and usual objects are ghosts
The furniture carries cargoes of memory,
(…)
In fur and evening and summer and spring
of her who was different in each.

The poet continues, describing how things change as one deals with the “time when everything hurts.” What was once solid seems like “ghosts,” and everything has within it “cargoes of memory.” The speaker is getting at how at the end of a relationship, the objects you had together are filled with memories of the past. They’re no longer just items of furniture.

In this stanza, the poet brings in a woman for the first time. The speaker remembers different images of the woman they loved as they see her various items of clothing. They see her as “different in each” from “evening and summer and spring.”

Pull down the blind and lie on the bed
And clasp the hour in the glass of one room
(…)
Here birds crossed once and a foot once trod
In a mist where sight and sound are blurred.

The speaker continues to discuss this period of mourning and loss, describing someone consumed by grief in the darkness of their home. Nothing feels normal or interesting (seen through the poet’s example of a book with meaningless letters). The world is totally transformed, and all one can think about is the past and the mistakes they made.

The speaker takes the image of hieroglyphs on the sand and expands it, imagining birds walking on the beach, making imprints with their feet. Not only are they impossible to understand, but they are also obscured by a mist of sorrow that impacts both sight and sound.

The story of others who made their mistakes
And of one whose happiness pierced like a star
(…)
To their being transcendently living and dead
In your history, worse than theirs, but true.

In the fourth stanza, the speaker continues describing the book that someone in mourning finds impossible to read. The book, they know, is filled with the story of those, like them, who made mistakes. The story alludes to the reader who is experiencing the same thing with “letters” that “break into eyes” and which read the “story life writes now in your head.”

A story that used to be reserved for others and their mistakes is now playing out in this person’s real world.

Set in the mind of their poet, they compare
Their tragic sublime with your tawdry despair
(…)
And you lacked the confidence to choose
And you have only yourself to blame.

The characters from the imagined story and from this person’s life are alive in their mind. They imagine them pointing “fingers which access / You of the double way of shame.” They know “your…despair” and know what caused it.

The speaker ends the poem with four very memorable lines. They note that you, the person who lost their love, did not “love enough” and then “loved too much.” The story has ended with you lacking the “condense to choose,” and there is no one other than “yourself to blame.” It is this fact that makes this imagined person’s sorrow all the more meaningful. There is nowhere to turn or point accusatory fingers at other than one’s self.

What is the message of ‘The Double Shame?’

The message is that after a loss, particularly one that changes one’s entire life, the world feels, looks, and is experienced differently.

What is the theme of ‘The Double Shame?’

The main themes of this poem are change and loss. The speaker knows what it’s like to lose an important love in one’s life, either through separation or death, and uses the poem to convey the experience.

What is the tone of ‘The Double Shame?’

Throughout, the tone is descriptive and understanding. But, in the end, the tone is accusatory. The speaker accesses “you” of never loving in the right away or amount, and therefore having no one to blame but yourself for losing your love.

Why did Stephen Spender write ‘The Double Shame?’

Spender likely wrote this poem to explore and express a particular state of mind that he felt readers would understand and perhaps relate to.