Ted Berrigan’s poem ‘Wrong Train’ connects a speaker’s experiences while waiting for a train to the afterlife. Berrigan presents this idea with vivid imagery. 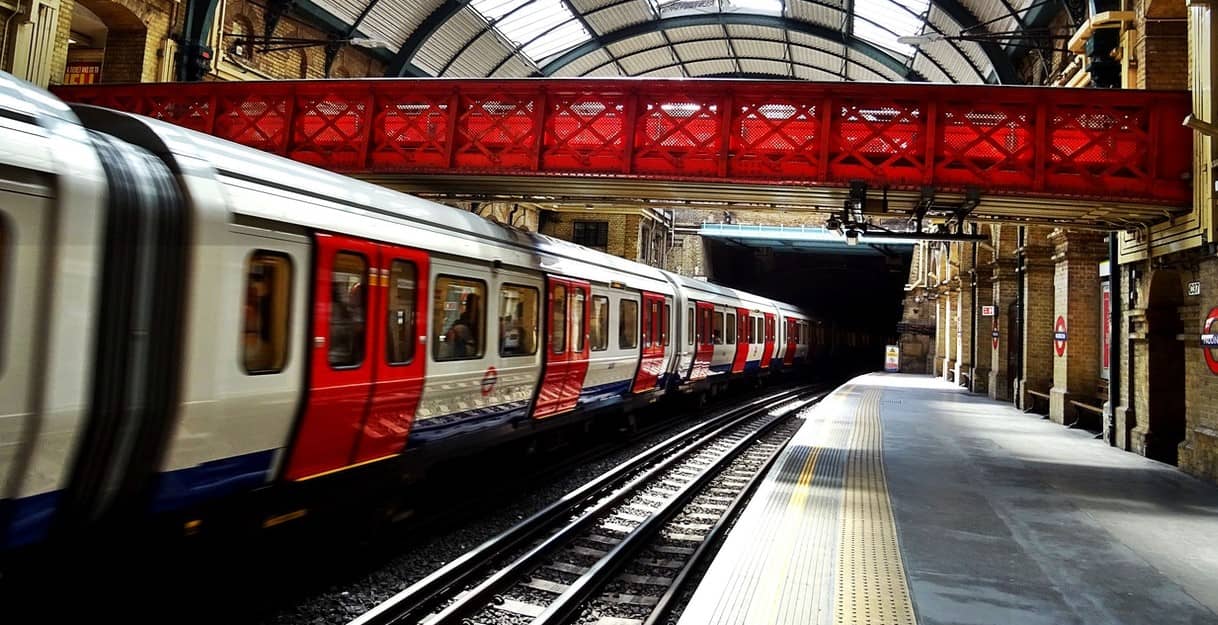 ‘Wrong Train’ by Ted Berrigan is about day-to-day experiences. It further taps on the theme of life, death, and the afterlife. To present his idea, Berrigan explores the scene of a railway platform. His speaker boards on a train of thoughts that lead him to a sad realization. Though he feels quite encapsulated in his thoughts, there is a longing for the mundane experiences of the living.

‘Wrong Train’ by Ted Berrigan depicts the scene of a busy railway platform and one speaker boards on the thoughts of the afterlife.

This piece begins with the day-to-day happenings inside a railway station. The speaker is waiting for his train. On the platform, he encounters a man who talks a lot. A fat guy shows up. He is in a sulky mood after being beaten by a billy club. The speaker shuts his eyes to this scene and boards the train of thoughts destined for the afterlife. He realizes what it feels like after death. However, it’s no big deal for him. It is more like tasting the same greasy hamburger and sipping chilled Pepsi.

Ted Berrigan’s thought-provoking poem ‘Wrong Train’ depicts the scene of a busy railway station. The speaker sits there with a ticket to board a train and observes what others are doing. Someone talks a lot, and it baffles the speaker.

There is a signboard saying, “Out to lunch.” But, the speaker is not in the mood to have one. He is never in search of something better. In the next line, he rhetorically asks who does not think in this manner. Everybody does so.

Then a fat guy appears from nowhere. He is in a bitter mood for being beaten up by a billy club. The speaker tells him to stop brooding over what just happened to him. However, the overall scene makes him realize what it feels like when one is dead. It is similar to boarding a train. He uses the reference of crossing a river, a metaphor for life.

Into the Afterlife. Everything goes on as before
But never does any single experience make total use
Of you. You are always slightly ahead,
(…)
A lukewarm greasy hamburger, ice-cold pepsi
that hurts your teeth.

After one has crossed the river of life, the gateway to the afterlife opens. It is an eternal journey that takes the souls away from the mundane. After going there, one has clarity over life as a whole.

The speaker elaborates on this idea further. According to him, everything goes on at its own pace. But, the experiences one has while living cannot be lived. It does not make any use of the dead.

While riding the boat on the eternal river, a person may think he is ahead of someone or behind. The main essence remains the same. He is neither too far nor too close. It nearly baffles an individual but never hurts. What is left there to get hurt?

Some scenes of the living may break their heart. According to the speaker, one’s heart breaks in a less interesting way. Each day is a new beginning. He compares it to payday. However, the fund is always short in the dead’s end. Every scene that a person has seen appears in front of his eyes as if he is having a deja-vu.

In the last lines, the speaker confesses that it is no big deal for him. If one is dead, the happenings on earth remain the same. It is like having the same hamburger with a chilled drink and watching the scenes in a loop. The characters keep changing, but the stage is constant.

Berrigan’s poem ‘Wrong Train’ is written in free-verse. It consists of 18 lines that are grouped into a single stanza. There is no regular rhyme or meter in the text. However, readers can find some perfect rhymes. For instance, in the first two lines the words, “lot” and “got” rhyme. But, this pattern is not followed throughout. Besides, the poem is written from the perspective of a first-person speaker. This quality makes this piece a lyric.

Berrigan makes use of the following literary devices in ‘Wrong Train’.

What is the poem ‘Wrong Train’ about?

Ted Berrigan’s ‘Wrong Train’ is about boarding the train of the afterlife and watching the worldly scene. This piece presents a speaker who becomes thoughtful about life while waiting on a station.

What type of poem is ‘Wrong Train’?

It is a free-verse lyric poem. The text consists of a total of 18 lines that are packed into a single stanza. There is no specific rhyme scheme or meter. However, the poet uses a few perfect rhymes in the text.

Who is the speaker of ‘Wrong Train’?

This piece is written from the perspective of a first-person speaker. He is none other than the poet Ted Berrigan himself. Berrigan presents himself as a passenger waiting to board a train.

What is the theme of ‘Wrong Train’?

This piece taps on a number of interesting themes, such as living, death, and the afterlife. The main idea of the poem concerns a speaker’s thoughts of the afterlife and how he finds similarities between the living and the dead.

You can also explore these incredible poems about death and the afterlife.