A Picture of Otto by Ted Hughes

‘A Picture of Otto’ by Ted Hughes is addressed to Sylvia Plath’s father, Otto. It contains Hughes’ disagreements about how he and Otto were depicted in Plath’s work. 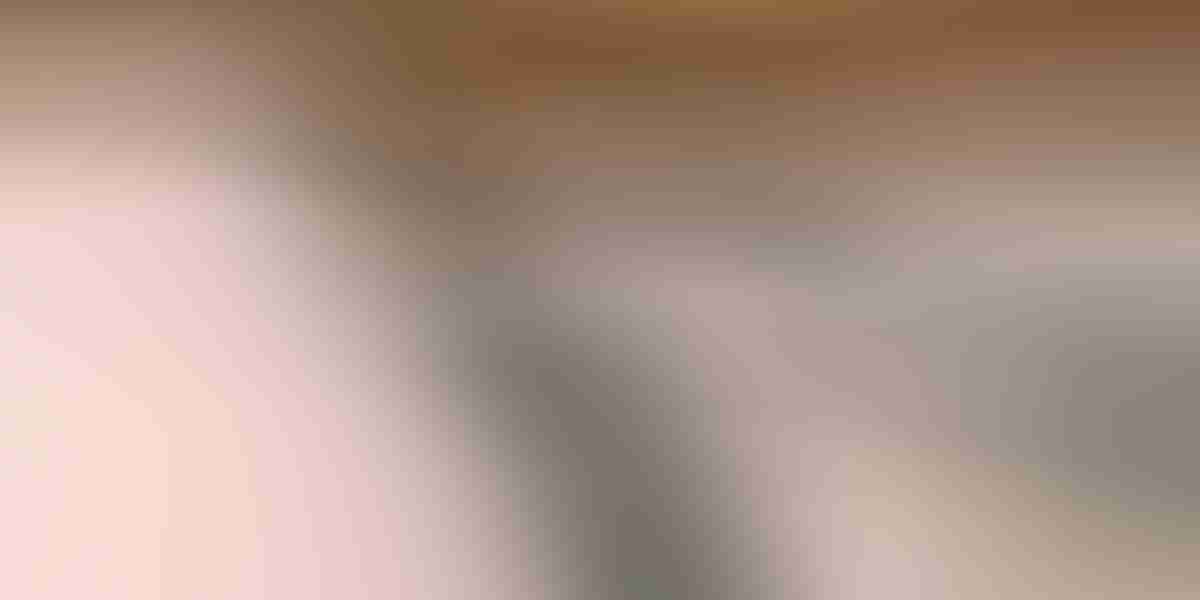 ‘A Picture of Otto‘ is a great example of a katabasis. That is, a piece of literature that details someone descending into the underworld. The poet uses allusions, such as his reference to Orpheus and Eurydice. The speaker, Ted Hughes himself, also alludes to Sylvia Plath. The two were married in 1956 and were together, despite Hughes’ infidelity and reported cruelty, until she died in 1963.

This poem is one of several that Hughes wrote after the poet’s death (published in Birthday Letters in 1998) and which, scholars believe, the poet tries to reconcile his actions during her life and leading up to her tragic suicide.

Otto Plath, the main subject of the poem, was famously described in Plath’s poem ‘Daddy.’ There, she describes him as an abusive tyrant who forever changed how she saw the world. As Hughes presents a new image of himself and Otto in ‘A Picture of Otto,’ he may be honestly describing his life and Plath’s father’s life as he saw them.

But, some readers have suggested that this poem may allude to the opposite. Perhaps he was trying to ignore the abusive qualities that he and Otto shared and, by attempting to play the victim, mend his reputation or try to convince himself that he was not who Plath saw him as.

Explore A Picture of Otto

‘A Picture of Otto’ by Ted Hughes describes the poet’s issues with Plath’s depiction of him and Plath’s own father in her poetry.

In the first lines of the poem, Hughes descends into the underworld, where he meets Otto Plath, his wife’s husband. He immediately expresses kinship with the man, feeling that they were both subject to Plath’s depiction of them as villains (something he feels they don’t deserve). They’re doomed to be wrapped up together in her description of them as long as anyone reads Sylvia Plath’s poetry. This unites them in damnation, the poet suggests. The poem ends with an allusion to Wilfred Owen’s poetry and a description of hell.

The main theme is the impossibility of ever truly knowing someone. Hughes feels the public doesn’t truly know who he is or who Otto Plath was. The public’s opinion of the two men is entirely wrapped up in Plath’s depiction of them in her poetry. Incredibly influential poems like ‘Daddy,’ ‘The Arrival of the Bee Box,’ and ‘The Moon and the Yew Tree’ define the public’s undemanding of Otto Plath.

‘A Picture of Otto’ by Ted Hughes is a seven-stanza poem that is divided into sets of four lines, known as quatrains, and one final, single-line stanza. The lines are written in free verse. This means that the poet did not use a specific rhyme scheme or metrical pattern. The lines use different end sounds and are of different lengths. For example, “Lutheran,” “idea,” “radically,” and “commune” end the first four lines.

The poem is sometimes considered an example of an ekphrasis because it was inspired by an image, in this case, “You…at the blackboard,” in which he compares Otto’s face to his son’s face.

You stand there at the blackboard: Lutheran

Of Heaven and Earth and Hell radically

Modified by the honey-bee’s commune.

In the first lines, the speaker, Ted Hughes, addresses Otto (Sylvia Plath’s father). He’s standing in front of a blackboard, as Plath described in her poem ‘Daddy.’ Plath wrote:

You stand at the blackboard, daddy,

In the picture I have of you,

Inspired by Plath’s words, Hughes begins his poem with a similar line. But, where Plath went on to say that he was “no less a devil” for how he looked, Hughes refers to him as “Lutheran / Minister manqué.” He was a professor of biology and German and known for his expertise on honey bees. These are things that Hughes states influenced his understanding of the world. He was sidetracked from his studies by his interest in honeybees, Hughes believes.

This is the first of his assertions regarding Otto’s life and morality. He goes on, throughout the next few stanzas, to challenge Plath’s depiction of her father in ‘Daddy’ and suggest that she saw him through a tinted lens, one that she also looked at Hughes through later in their relationship.

A big shock for so much of your Prussian backbone

Rising from your coffin, a big shock

The poet goes on to describe how the two are similar. Both are featured in Plath’s poetry and have, over time, become “tangled” together. They are equated in readers’ minds and Plath’s understanding of them.

He believes Otto would be shocked to rise from his “coffin” and see himself mixed up with Hughes. They’d meet face to face, and the poet continues in stanza three after using an example of enjambment in the fourth line of stanza two.

To meet me face to face in the dark adit

I never dreamed, how occult our guilt,

The two meet, in the afterlife, during Hughes’ journey into the underworld. He’s there looking for “your daughter,” Sylvia Plath, but encounters Otto first in what the father thought was “your family vault.” This symbolizes the complex, convoluted nature of the truth. The dark tunnels make the path to the truth and who did what all the more complicated.

It never occurred to Hughes, or he “never dreamed” of how the two would be united in their guilt over what happened in Plath’s life and how they were depicted by her (and understood by readers to this day).

Your ghost inseparable from my shadow

Your portrait, here, could be my son’s portrait.

In the fourth stanza, the speaker says that Otto’s “Ghost” is inseparable from his “shadow.” The two are one and the same in Plath’s mind, with Hughes taking over the role of the overbearing, controlling, and abusive male figure in her life after he father died. Or, at least that’s how Plath saw it, the poet suggests.

They will be viewed as inseparable as long as “your daughter’s words can stir a candle.” As long as there is a little life left in Plath’s writing, or anyone reading it, the two are going to be equated.

The speaker suggests that by the end of her life, she seemed to believe that, at least morally, the two men were the same person. Hughes plays into this somewhat by saying that Otto looks a lot like his own son. His “portrait, here” (or the picture of him on the blackboard) could be a picture of his own son.

I understand – you never could have released her.

Inseparable, here we must remain,

The speaker sees Otto with a kind of truth that he believes Plath never did. He understands that he could “never…have released her” and that by the time Hughes came along that he was a “myth…to replace you.” He filled Otto’s shoes, fitting into a myth of who a controlling man was in Plath’s life.

Together, Hughes and Otto are in the underworld (somewhere Plath always wanted to be), and they’re trapped together. He calls Otto his “friend,” suggesting that he truly does empathize with the man and sees his relationship with Plath in a different light.

Everything forgiven and in common –

Under the battle, in the catacomb,

Sleeping with his German as if alone.

In the final quatrain, the speaker says that the two men have things in common. The main thing is that they “forgive” everything and that now, in the afterlife, Plath is not “behind you.” Instead, he adds, she’s like “Owen.” This alludes to WWI poet Wilfred Owen and his “dark poem,” or ‘Strange Meeting.’

Within this text, Owen describes a soldier escaping a battle and finding that he’s in hell, greeted by the enemy who killed him in battle. The man welcomes him into hell, where they will spend eternity together. Owen writes in the last few lines:

I am the enemy you killed, my friend.

I knew you in this dark: for so you frowned

Yesterday through me as you jabbed and killed.

I parried; but my hands were loath and cold.

Inspired by these lines, Hughes describes Plath as in the “catacomb” and alludes to Owen’s speaker as “sleeping with his German all alone.” Now, Plath is damned to sleep with her on German, her father, all alone in the mythology, she’s created around him. Death offers no consolation for the two as it does in Owen’s poem. Depending on individual interpretation, Plath may be at peace at the end or be forever wrapped up in the conflict she created in her poetry.

This image of Plath at the end of the poem is Hughes’ version of the truth. He saw her relationship with her father and with Hughes himself as very different from how Plath depicted these relationships in her poetry. Both perspectives suggest that it’s impossible to truly know someone or to understand the entire truth of a situation.

Maybe Plath was right in her depiction of her husband and her father as villains, or perhaps she created a mythology around the men that they didn’t deserve.

What is the theme of ‘A Picture of Otto?’

The theme is that it’s impossible to ever truly know someone or to know the truth. Hughes presents a version of the truth that he saw as accurate to contradict the truth that Plath presented in her poetry.

Who is the speaker in ‘A Picture of Otto?’

The speaker is Ted Hughes, an English poet, and playwright who was married to Sylvia Plath from 1956 till his death in 1963. He is best known for poems like ‘The Thought-Fox’ and ‘Wind.’

What is the tone of ‘A Picture of Otto?’

The tone is mournful and accepting. The speaker, Ted Hughes, accepts his place in history as an abusive figure in Plath’s life (the same role that Otto Plath played). He knows that as long as people read Plath’s poetry, the two men are going to be united and their reputations marked by what he belies are an unfair representation of who they truly were.

Who is Otto in ‘A Picture of Otto?’

The Otto in ‘A Picture of Otto’ is Sylvia Plath’s father, Otto Plath. He was born in 1885 in Germany and died in 1940 in Massachusetts. He’s remembered as a professor, for his expertise on honey bees, and as the abusive figure in Plath’s ‘Daddy.’

Who was Ted Hughes?

Ted Hughes was an English poet, playwright, translator, and children’s writer. He’s considered one of the most important English poets of the 20th century. He passed away in 1998 and is best remembered today for his poetry and relationship with fellow writer Sylvia Plath.

Readers who enjoyed ‘A Picture of Otto’ should also consider reading some other Ted Hughes poems. These include: