Thomas Hardy is reputed to have written ‘The Darkling Thrush’ on New Year’s Eve, 1900, at the dawn of a new century. It commences in the personal, subjective mode, but the poet’s feelings and mood are suggested by his observations of nature, rather than by direct statements.

The poem, The Darkling Thrush, is written in the form of a an ode, conventionally a lyric poem in the form of an address to a particular subject, often written in a lofty, elevated style giving it a formal tone. However, odes can be written in a more private, personal vein, as in the reflective way that Thomas Hardy writes this one.

The Poem Title – ‘The Darkling Thrush‘

The title of a poem speaks volumes about it, because through it, the poem must convey the mood and tone of the poem in a very precise and economic way.

For The Darkling Thrush, Thomas Hardy chose a word with tremendous history in poetry. ‘Darkling’ means in darkness, or becoming dark, for Hardy can still see the landscape, and the sun is ‘weakening’ but not completely set. The word itself goes back to the mid fifteenth century. Milton, in Paradise Lost Book III describes the nightingale: ‘the wakeful Bird / Sings darkling, and in shadiest Covert hid / Tunes her nocturnal Note …’ Keats famously uses the word in his ‘Ode to a Nightingale’: ‘Darkling, I listen …’. Matthew Arnold, in ‘Dover Beach’ writes about the ‘darkling plain’.

In other words, this title gives the poem a resonance of past poets and their thoughts and feelings on a similar subject; it makes specific allusions to these poets and poems; their echoes become a part of its tradition.

In the first stanza, we are introduced to the poet, in the first person, ‘I’. He is leaning on a gate in a little wood – it’s traditionally a thinking pose, and the poem conveys his thoughts and feelings. The bitter hopelessness of a cold winter’s evening are stressed by the imagery: ‘Frost’, ‘spectre-gray’, ‘dregs’, desolate’, ‘weakening’, ‘broken’ and ‘haunted’ are unified and strengthened by their suggestions of cold, weakness, and death or ghostliness.

There are plenty of heavy, gloomy ‘g’ sounds: ‘gate’, ‘gray’, ‘dregs’, and equally heavy ‘d’ sounds: ‘dregs’, ‘desolate’ and ‘day’. Even day, which might be cheering, is described as ‘desolate’ and having a ‘weakening eye’. The only colour left in the ‘darkling’ daylight is gray. There is a tiny whisper of sound in the repeated slight ‘s’ sounds of coppice, spectre, dregs and desolate. ‘Frost’ and ‘Winter’ have capital letters, as if their presence is the most important.

The ‘strings of broken lyres’ is a classic image of disharmony, and perhaps points to a lack of joy in the poet’s  vision of life. Even the people who have gone home to the warmth of their fires seem to have assumed a ghostly quality, ‘all mankind that haunted nigh’.

The second stanza continues the model of the former, if anything in even stronger terms. The whole past century is a ‘corpse’, the cloudy sky its tomb and the winter wind like the century’s death song. The personification of the century intensifies one’s feeling that it is a real presence.

The imagery in this stanza continues and enlarges on the motif of death contained in the first. Despite the personal, subjective start of the poem, by the end of the second stanza Hardy has made his mood an emblem for all life upon earth, and he even suggests that they very life force is ‘shrunken hard and dry’, that life itself is near to exhaustion and death. This is achieved in an undramatic, almost quiet, manner with a slow build-up to a terrifying vision of death, driven largely by natural images.

The alliteration in this stanza intensifies the atmosphere of gloom and death. Repeated cs link  ‘century’s corpse’, ‘crypt’ and ‘cloudy canopy’. The rhymes of ‘birth’ and ‘earth’ are negated by ‘dry’ and ‘I’. Everything is seen in terms of death: ‘sharp features’ (of a dead body), ‘century’s corpse’, ‘crypt’, ‘death-lament’, ‘shrunken hard and dry’, ‘fervourless’. It seems that it is not just the death of the old century that Hardy is describing, but the death of the pulse of life that vitalizes and energizes him and other people, the death of hope.

In the third stanza, at the nadir of The Darkling Thrush, the sudden hurling out of its song by a thrush might be seen as the injection of a rather fatuous optimism into the poem. The ‘full-hearted evensong/Of joy illimited’ is certainly a cause for hope.

The choice of bird here is what makes Hardy one of the finest poets:  He chooses a an old, frail, thin, scruffy-looking thrush, not the nightingale of Miltonic and Romantic tradition. It is an ordinary indigenous song-thrush, but one that is ‘blast-beruffled’: it has survived the strong winter winds, that the poet had hitherto painted as brutal and uncooperative. The ‘aged’ and ‘frail’ thrush is, perhaps facing its own imminent end, and yet it flings it soul ecstatically upon the darkening evening.The resultant picture of an ordinary, weather-beaten, thrush rising  from the depths of the winter winds with their ‘death lament’  singing a beautiful song, is one of hope.

In the final stanza, the idea of religious faith is conveyed through the thrush’s ‘carolings’, reminiscent of Christmas carols, and the ‘blessed Hope’ – hope being one of the three great Christian virtues, faith, hope and charity (love).

Hardy is careful not to be sentimental about the thrush. Hardy can see no cause for joy, but he can hope, that the thrush can see something he himself is unable to perceive. The Darkling Thrush is thus finely balanced. It suggests there may be hope, and the very sound of the thrush and its defiance of the prevailing moods shows at the very least the existence of a tragic hope; life maybe threatened, its physical existence at risk, but its spirit is indomitable and cannot be crushed.

Poetic Form of The Darkling Thrush

The overall rhythm of The Darkling Thrush is regular iambic tetrameter alternated with iambic trimeter (8 syllables in a line, with the second line in each case having just 6 syllables); it’s a ballad stanza rhythm. This regular rhythm, seems to have a slow, joyless effect and makes the pace slow. The tight rhyming gives strength and authority to the poem, but the metre is more relaxed, giving a natural and free-flowing feeling to the lines.

The Darkling Thrush is typical of Hardy’s work in that it shows life on Earth, human as well as animal, existing under the iron grip of an unsympathetic force, in this case, Nature. In praising defiance and the unconquerable spirit, it is also typical, and in its firm unwillingness to state a clear conclusion, balancing hope and pessimism, it could stand for Hardy’s poems and novels. The musing tone, use of natural imagery to create and represent human moods and feelings and the simple rhyme scheme are unobtrusive and powerful. 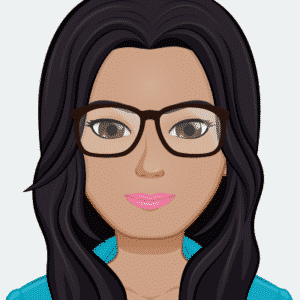 Raisa is a student with a specific interest in English Language and Literaure. She enjoys analysing poetry and particularly likes Thomas Hardy, Alfred Lord Tennyson and Maya Angelou. Apart from studying, she is also a part-time freelancer.