The People of the Other Village by Thomas Lux

‘The People of the Other Village’ is a satire of how one group of people hates the other one. It appears in Thomas Lux’s collection of poetry, Split Horizon (1994). 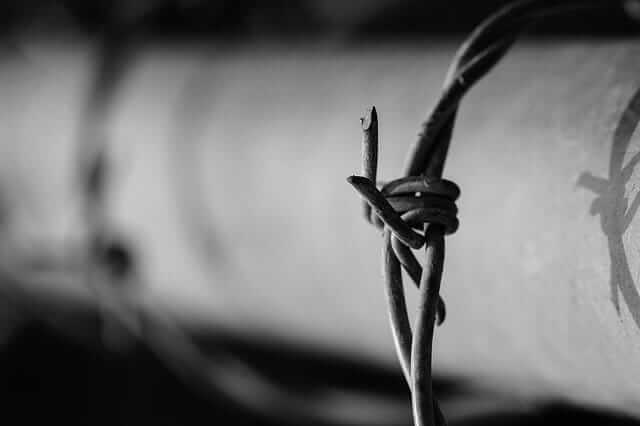 A darkly humorous poem and a satire on humankind, ‘The People of the Other Village’ is penned down by the acclaimed American poet and teacher, Thomas Lux. Born in Northampton, Massachusetts, in 1946, Lux belonged to the critical, postmodern era. He was deeply touched by the Neo-surrealist movement of the 1970s. His poems dealt with human experience, history, as well as modern developments across the world. This piece, ‘The People of the Other Village,’ is written in protest of the Gulf War of the 1990s.

Explore The People of the Other Village

‘The People of the Other Village’ by Thomas Lux describes how one group of villagers hate the villagers from the other part, originating from their mutual distrust.

This piece is written in the context of the Gulf War. Lux shows how people from a particular nation hate that of the other due to their distinct culture, origin, and identity. He uses the metaphor of villagers in order to hint at the people living in two different countries. They showed extreme hatred and distrust toward one another. Their discord did not originate from the misdoings or inhumane acts of a particular group. In this poem, Lux records a list of things that they did to each other.

hate the people of this village
and would nail our hats
to our heads for refusing in their presence to remove them
or staple our hands to our foreheads
for refusing to salute them
if we did not hurt them first: mail them packages of rats,
mix their flour at night with broken glass.
We do this, they do that.

Thomas Lux’s poem ‘The People of the Other Village’ begins in an unconventional fashion. Lux uses a small case letter at the beginning, “hate the people of this village.” This shows a sense of disrespect towards the conventions. Besides, the topic dealt with by the poet is also a way to evaluate the norms existing in the modern world. Everywhere, readers can find enmity, hatred, and jealousy among one group and the other. People are at their throats, seizing opportunities by deceiving others. Hatred is ingrained in their blood, and none is there to show mercy.

Likewise, in this poem, Lux presents a representative of a particular village who hates the villagers of the other part. They live in close conjunction but have strong distaste, distrust, and disrespect towards one another. If the people of the other village find a member of the speaker’s village not showing respect to them, they know how to draw reverence forcefully.

They nail their hats to their heads and their hands to their forehead if they forget to remove the hat and salute them respectively. Respect comes from trust, compassion, and gratitude. In their case, it originates from fear, the fear of torture or death.

According to the speaker, these things did not start recently. First, they mailed them packages filled with rats and mixed broken glass in their flour at night. They did such silly deeds, and in return, they are getting the same treatment.

They peel the larynx from one of our brothers’ throats.

They do this, we do that.

Their relationship is so bitter that they are always killing one another. According to the speaker, the people of the other village peel the larynx of one of their brothers. Avenging his death, they devein one of their sisters. This chain of events gets complex gradually. Now, both parties are always on high alert. The neighboring villagers had quicksand pits to trap the members of the other village. At the same time, the speaker’s village got amputation teams who know how to avenge.

Blood spills more blood. It never stops. If one village trained birds to steal their opponents’ wheat, the other one sent them “exploding ambassadors of peace.” The quoted phrase is a metaphor for explosive materials. In the modern age, nations buy nuclear weapons not to wage war against their enemies but to maintain international peace. This perspective of peace in the Cold War era is mocked through this metaphor.

We canceled our sheep imports.

These lines from ‘The People of the Other Village’ echoes to the context of the Gulf War or any other wars occurring in the modern world. During such a war, one nation stops supplies to their opponent nation. They, in reply, put tariffs on imports from that nation. This concept is described by the metaphors of “sheep” and “blankets.”

The next lines draw readers’ attention to the fact that war does not only involve politics but it also involves art, religion, and culture of two contesting nations. In this poem, the speaker says that they mocked their poets. As it did not offend the other villagers, they started to parody their dance forms. In their turn, the other villagers criticized their God as “leprous” and “hairless.”

When one party fails to offend the other one, they find ways to hurt them. It makes the offended reply. As an effect, the war between people continues, not using weapons but using words. In the last two lines, Lux’s speaker describes this long, ten-thousand-years old relationship between the two villages as “brutal, beautiful years.” This phrase contains an oxymoron.

Lux’s ‘The People of the Other Village’ is written in free-verse. It means there is no regular rhyme or meter in the text. There are a total of 25 internally rhyming lines, and they are not separated into specific stanzas. The use of the refrain “We do this, they do that” marks a shift in the subject matter or acts as a break. This poem is told from the perspective of a villager who records what they did to others of the neighboring village. Apart from that, the text sounds like a listicle consisting of a number of acts done by both parties.

Readers can find the use of the following literary devices in ‘The People of the Other Village’.

What is the poem ‘The People of the Other Village’ about?

Thomas Lux’s ‘The People of the Other Village’ is about the enmity between two villages. The people from one village have a strong distaste for the people living in the other village. Everything started from silly inhumane acts of both the villagers.

When was ‘The People of the Other Village’ published?

The poem was first published in 1994 in Thomas Lux’s poetry collection Split Horizon. This piece also appears in his New and Selected Poems: 1975-1995.

What is in the allusion in ‘The People of the Other Village’?

In this poem, Lux alludes to the contesting nations of the Gulf War, the United States, and Iraq by using the metaphor of villagers. The context of this piece is centered on the Gulf War.

What kind of poem is ‘The People of the Other Village’?

It is a free-verse lyric poem that is written in protest of the Gulf War. The text does not have a set rhyme scheme or metrical pattern. It consists of a single stanza consisting of a total of 25 lines.

Readers can also go through the following poems that similarly revolve around the themes present in Thomas Lux’s ‘The People of the Other Village’.

You can also read about these haunting war poems.

Home » Thomas Lux » The People of the Other Village

Gupta, SudipDas. "The People of the Other Village by Thomas Lux". Poem Analysis, https://poemanalysis.com/thomas-lux/the-people-of-the-other-village/. Accessed 30 June 2022.