At the Parrot House, Taronga Park by Vivian Smith

‘At the Parrot House, Taronga Park’ by Vivian Smith is an interesting poem that uses personification to describe birds and their interactions. 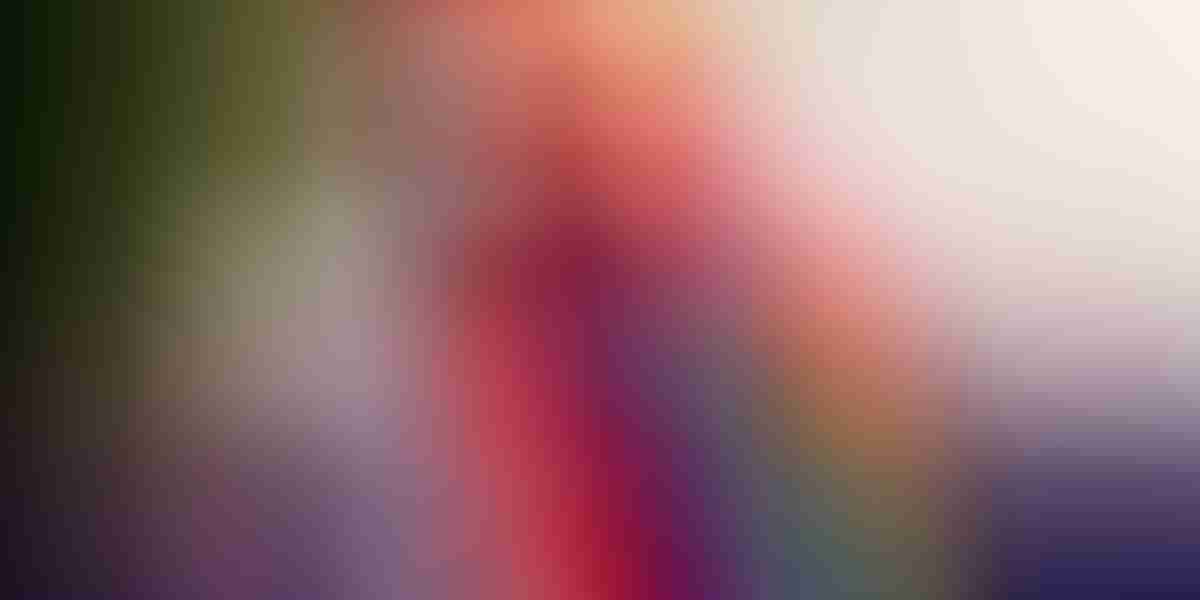 The poem was penned by Austrian poet Vivian Smith who is known as one of the best poets of his generation. His poetry is primarily influenced by the Australian landscape. ‘At the Parrot House, Taronga Park’ is a clever piece of writing that helps readers imagine birds interacting as human beings would.

‘At the Parrot House, Taronga Park’ by Vivian Smith depicts birds and their interactions.

The speaker begins the text by trying to convey how beautiful the birds in the parrot house are. It’s hard for him to find the right images to describe their colors and what they make him think of. There is an interesting transition in the middle of the poem when the speaker moves from admiring the parrots to using personification to describe them.

The poet uses human-specific interactions and emotions to describe the parrots in less than complimentary detail. The poem concludes with the poet noting that although the parrots looked beautiful, many negative things were going on.

The main theme of ‘At the Parrot House, Taronga Park‘ is appearances. Specifically, that appearances can be deceiving. The birds in the parrot house as the example that the poet chose to go with, and while describing them, he emphasizes how human-like their flaws are. So much so that it seems like an intentional example of hyperbole to imagine the parrots doing anything similar to that which the poet describes. He uses them as a symbol of humanity’s flaws and how, upon first glance, someone may look quite different from how they later end up behaving.

‘At the Parrot House, Taronga Park’ by Vivian Smith is an eight-stanza poem that is divided into uneven stanzas. The first has five lines, the second: two, the third: one, the fourth and fifth: six, and the final three stanzas are all one line each. These mono-line stanzas stand out from the rest and ensure that readers see these poetic moments as more important in comparison to the larger stanzas. They stand out significantly from the lines around them.

The poem is written in free verse, meaning that the poet did not make sure of a specific rhyme scheme or metrical pattern. But, there are elements of structure, like some perfect rhymes, that give the poem some structure. For example, lines one and three of stanza four rhyme as do lines one, three, five, and six.

Throughout this poem, the poet uses literary devices like:

What images could yet suggest their range

or shot silk or flowers on a dress

where black and rose and lime seem to caress

the red that starts to shimmer as they fade?

In the first stanza of the poem, the poet uses the full five lines in order to ask a rhetorical question. He’s considering the birds in a parrot house, as the title has already made readers aware, and is amazed by the colors. The way the colors blend together and how they remind him of other objects and feelings is significant.

He finds their colors so exemplary that he struggles to figure out which objects might represent them. He mentions flowers “on a dress” as one possible option.

The poet uses words like “caress,” “shimmer,” and “fade” in these lines to describe the way the colors on the birds come together. It creates a beautiful and peaceful image in the reader’s mind.

They chatter and they squawk and sometimes scream.

The second stanza is only two lines long. But, these two lines form a perfect rhyming couplet with the words “dream” and “seen.” The poet also used a simile in these lines. Both parts of the couplet help convey how the speaker feels about the birds and again emphasize how difficult it is for him to put words to how he feels about the birds.

He’s grasping for the right images, but after seeing the birds, he feels like they are “something half-remembered from a dream.” The birds, he adds, come from “places we have never seen.” The perfect rhyme helps emphasize the speaker’s point, conveying the speaker’s hyperbolic expression that the birds are different than human beings and other creatures in some fundamental way. So much so that one could believe they come from somewhere unimaginable to the human mind.

The third stanza helps drive him to the point that the speaker is, in fact, talking about birds (in case readers don’t understand the title). He mentions how they “chatter” to one another, “squawk,” and “scream.” These words are at once evocative of human communication and distant from it. Humans are often described “chattering” or “screaming,” but rarely does one describe another as “squawking.”

It’s at this point in the poem that the poet begins a comparison between these birds and human beings. The following lines use a variety of techniques to help readers see these birds as human-like.

Here the macaw clings at the rings to show

the young galahs talking as they feed

Their murmuring embraces every need

from languid vanity to wildest greed.

In this unique stanza, the poet describes a specific bird for the first time, the “macaw,” this is the traditional parrot, as one might imagine it, with a red or green head, red or yellow chest, and multicolored feathers.

This specific bird is trying to teach the “galahs,” another type of bird, something about itself. Specifically, that it had a “dry and dusky tongue.” This is the feature, the poet writes, that the two birds share. While describing it, he uses a simile, comparing the galahs’ features to snow in the morning as the sun rises, emphasizing their light pink color.

As the speaker stands there and watches the birds, he sees them communicate with one another, as in this example. He also notices birds everywhere around him that represent “every need.” He describes birds that convey, to him anyway, feelings of “languid vanity,” or a relaxed, confident love for oneself and one’s appearance, and “wildest greed.”

Both of these descriptions are negative examples of personification. He imbues the birds with human feelings that one would not necessarily want to be attributed to themselves.

their heads together in a kind of love.

In the next sestet or six-line stanza, the poet describes some other birds in the parrot house. There are two that appear to be “in a kind of love” in the corner. He describes them as “smoky crones.” This is an incredibly evocative image, one that should remind readers of aged lovers that have grown entirely used to one neater throughout their lives.

The word “crone” is defined as someone, usually a woman, who is thin and ugly. These are older, skinnier, and less vibrant birds that the speaker is easily able to relate to human beings.

There is a certain degradation in this scene as these two crones demonstrate their love in the corner. One “cleans the other’s feathers while it moans” as though engaging in an intimate act in public.

The array of bird life continues in the next lines, highlighting other less-desirable features of humanity. There are other birds whispering or gossiping while “dandies gamble in a room.” Now, the speaker has moved on to the wealthy, those who see themselves above everyone else and have the money and confidence (that is likely misplaced).

The birds are “asserting values everyone rejects,” the poet adds at the end of the stanza. This suggests a certain type of relationship with the world. These “dandy” birds have a high and mighty attitude that no one appreciates. They see themselves in a positive light, but no one else does.

A lidded eye observes, and it reflects.

For all the softness, how the beaks are hard.

The final three lines of the poem are divided into their own stanzas. The first describes an onlooker, another bird that sees the entire scene but does not interfere. It “reflects” on what it has seen, analyzing, and describing, much as the poet is doing.

The poet ends the poem with a line about the “peacocks” who “still pretend they own the yard.” The word “pretend” is important here as it signifies that the peacocks know they aren’t in charge but still pretend to be, unable to let go of a fantastical version of their own importance. It’s all too easy to imagine this same attitude in the human world, something that the poet was very aware of.

The final line reads, “For all the softness, how the beaks are hard.” The beaks are a hard, cold point among the “soft” feathers. They are a small bit of truth among false appearances, the poet is suggesting. There is a great deal of beauty in the parrot room, but it disguises the truth, that which the “lidded eye observes.”

In a comparison relating these birds to human beings, it’s easy to see how the poet may have been considering the ways human beings look and seem versus how they are in reality. The truth, at least, in this case, is less pleasant than it seemed.

What is the purpose of ‘At the Parrot House, Taronga Park?’

The purpose of this poem is to use parrots to highlight how a person or group of people can seem one-way on the surface, but through even a brief observation, their true nature is revealed.

What is the theme of ‘At the Parrot House, Taronga Park?’

The theme is that appearances can be deceiving. The poet spends a few lines describing the beauty of the birds in the parrot house and then moves on, rather startlingly, to negative descriptions of how they act.

What is the message of ‘At the Parrot House, Taronga Park?’

The message is that one needs to spend time truly observing another person, or people, to see their real nature. At first glance, the parrots seem otherworldly and beautiful, but with closer analysis, their true human-like nature is revealed.

Who is the speaker in ‘At the Parrot House, Taronga Park?’

The speaker is someone visiting a parrot house at Taronga Park, a famous zoo in Sydney, Australia.  Their specific identity is unknown and is not important for the reader’s overall understanding of the poem and the poet’s intentions.