Saddened by the results of the American civil war, Walt Whitman wrote the elegy, ‘O Captain! My Captain!’ in memory of deceased American President Abraham Lincoln in 1865. The civil war occurred during his lifetime with Whitman a staunch supporter of unionists.

Walt Whitman’s masterpiece, ‘O Captain! My Captain!’ moves with a sheer melancholic tone throughout its entirety. He was the new-age poet, poised with breaking away from the shackles of established poetic practices and forming new ones just as America is created for a different purpose, tearing away from the yoke of colonialism and steering clear of undermining the proletariat class. On the other hand, Walt Whitman uses similar poetic devices like that of William Wordsworth and Dante Alighieri. Speaking in the language of ordinary men, Walt Whitman aspired to become the voice of the nation, speaking on the behest of the American population at the time. As a result, he has recorded the events, moods, and spirit of the time magnificently.

‘O Captain! My Captain!’ by Walt Whitman is a heart-touching elegy on the death of the American President Abraham Lincoln.

The speaker’s coming to terms with the death of his fallen comrade is the focal point of the poem at hand. At the start of the poem, the speaker attempts to come to reality as he observes his dead captain on the deck. Slowly and gradually, he realizes that the change is permanent and life must go, regardless. The end of the Civil War was supposedly a moment of rejoicing for the American populace, instead, it became an event of mourning. The conclusion of the Civil War has brought with it national mourning and a period of reflection.

The title of the poem, ‘O Captain! My Captain!’ refers to Abraham Lincoln as a captain of the ship. Here, the “ship” is a symbol of the civil war fought for liberating the slaves. According to the poet, the ship is sailing nearer to the shore, meaning the war is about to end. They have achieved their coveted goal. Being a moment of victory, everyone is happy. However, they have to consider, at the same time, that their metaphorical “captain” of the ship is no more. When he lived, he guided the multitude with his fatherly guidance. After his death, the nation is fatherless. In this agony, the poet writes the verses. However, the mood of the poem is not gloomy. Even if they have lost Lincoln, the dream Lincoln has seen is not lost.

The poem, ‘O Captain! My Captain!’ consists of 3 stanzas in totality having 2 quatrains in each. A quatrain is a stanza consisting of four lines. Besides, this poem is an elegy. An elegy is known as a mourning poem. Apart from that, Whitman uses the free verse form while writing this poem. For this reason, the lines of the poem do not rhyme at all. Yet there are some instances where one can find the use of rhyming. As an example, in the second part of the first stanza, the words “red” and “dead” rhyme together. Thereafter, the poet mostly uses the iambic meter in this poem. For instance, the first line is in iambic hexameter. The following two lines are in iambic heptameter. While the second quatrain does not follow a specific metrical scheme.

Most of Walt Whitman’s poems use repetition and rhythm for rendering a spellbinding poetic beauty. He uses anaphora constantly as several verses begin with the same word/ phrase. For instance ‘When I Heard the Learn’d Astronomers’ uses ‘when’ 4 times to render a lyrical sound. Anaphora is generally used for joyous chants and rendering celebratory feelings in a poem’s entirety. ‘O Captain! My Captain!’ makes use of ‘father’ and ‘heart’ to mourn the death of assassinated Abraham Lincoln. Moreover, the fallen ship’s captain is a reference to Abraham Lincoln, whereas the ship is also an allusion to the United States of America during its early years of independence.

Whitman emphasizes the importance of self in the majority of his poems, ranging from ‘I Hear America Singing’ to others, he prizes the American populace to believe in themselves. More so, he even uses symbolical allusions to drive home a point. He may use inanimate objects for that end. Apart from that, Whitman uses the themes of victory, lamentation, grief, sadness, and loss in his poem, ‘O Captain! My Captain!’. Though this poem concerns the theme of victory, it contains a sad note on the death of Lincoln. The poet creates contrast by transposing the images of the joyous crowd beside the lifeless body of the captain. This concoction of emotions resembles the nature of life. Along with that, the themes of grief and lamentation are important aspects of this piece.

O Captain! my Captain! our fearful trip is done,

The ship has weather’d every rack, the prize we sought is won,

The port is near, the bells I hear, the people all exulting,

While follow eyes the steady keel, the vessel grim and daring;

O the bleeding drops of red,

Where on the deck my Captain lies,

In the first stanza of ‘O Captain! My Captain!’, the speaker shouts with sheer excitement to the ship’s captain about making it home safe and sound. The ship after enduring tough storms and impenetrable winds made it back on the dock. Jaded and exhausted after a tiresome journey, the mission has been a roaring success. Although the ship is yet to arrive safely in the harbor, ‘land ahoy’, ‘land ahoy’ as the ship is close by and people are seemingly exulted by its sight.

The church bells are ringing and people act animatedly as the ship nigh the shore. The excitement escalates as the boat nears the harbor. The keel has been thrown in to steady the moving ship. The keel is a reference to a ‘ship’ as well, same as ‘all hands on deck’ means all people should be ready.

As the ship draws near the harbor, the poem takes on a dark turn, foreboding something unfavorable to be revealed. ‘Grim and daring’ are the terms referring to the twisting mood. The would-be ghost ship carries some unwanted news for the awaiting crowd.

Thereafter, he speaks from the heart. The heart has shattered and torn over the death of the ship’s captain. The breakdown of emotions is surging from the sailor as the fallen comrade lies beside him, in all his glory but dead. Drops of blood are flowing on the ship’s deck, the blood of Abraham Lincoln.

O Captain! my Captain! rise up and hear the bells;

For you they call, the swaying mass, their eager faces turning;

This arm beneath your head!

It is some dream that on the deck,

The sailor implores the now dead captain to rise from the dead. The act of talking to the dead is known as an apostrophe. The reason being, the people ashore await their prized captain to lead the way and stamp his mark on history. The crowd is jubilant as they celebrate using some devices such as raising the flag in victory, holding flowers, and cheering for the captain. The crowd is getting restless, as anticipation rises to catch a glimpse of their ship’s captain. Alas! He’s no longer with them.

In actuality, the ship’s captain is not his biological father, but truly his respect and reverence for him stand greater than his actual father. The sailor looks at the fallen comrade and wishes this nightmare was just a dream. Alas! As the reality sets in, the sailor realizes, the damage is irreparable.

My Captain does not answer, his lips are pale and still,

My father does not feel my arm, he has no pulse nor will,

The ship is anchor’d safe and sound, its voyage closed and done,

From fearful trip the victor ship comes in with object won;

But I with mournful tread,

Walk the deck my Captain lies,

In the last stanza of ‘O Captain! My Captain!’, the sailor looks sadly at the dead captain in pure agony. He observes his lips to have paled a la that of a corpse. The captain fails to respond to his cries of helplessness. The liveliness from the captain’s face has drained now. His pulse has stopped and he’s unlikely to move from now on. The ship has landed safely in the harbor with its anchor thrown in. The voyage is now complete. The sailor reminisces about the trip to be extremely arduous yet they crossed the line with a trade-off.

The concluding lines of the poem explicate the fact that the sailor has some bad news to share with the awaiting crowd. He appeals directly to the loud jeers, cheers, and ringing bells for the much-awaited captain. Again, the poet uses synecdoche to represent the entire American audience at large as the poem relates to the death of Abraham Lincoln. The sailor feels uncomfortable as he needs to relay the bad news to the populace at large, as the victory celebrations come to a standstill eventually.

‘O Captain! My Captain!’ was authored by famous American poet Walt Whitman. It alluded to President Abraham Lincoln’s death in 1865. The poem was a part of his controversially famous collection of poems “Leaves of Grass”. The poetic collection continuously was revised to add new poetic pieces from Walt Whitman as a result. ‘O Captain! My Captain!’ at the time of its publication became an intensely popular poem for classic, read in schools over the years to come. For Whitman, the praise was redundant by all means. Commenting on his poetry, he said that the audience of his time appreciated poetry with form, rhyme, and meter, still unfamiliar to the free-verse concept. The poem moves its reader with utter undertones of remorse and sadness over the conclusion of the Civil War and its dramatic ramifications later, rendering a powerful period poem in the process.

The following poems are similar to the themes and subject matter of Whitman’s lyric, ‘O Captain! My Captain!’.

You can also read about the best Walt Whitman poems and incredible death poems. 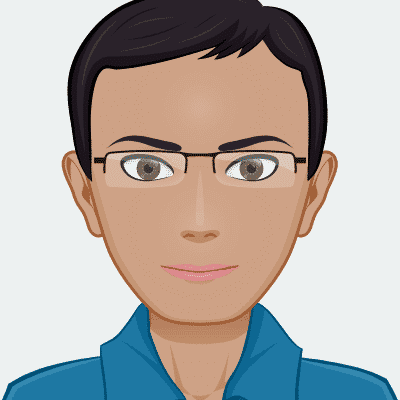 Omer joined the Poem Analysis team back in November 2015. He has a keen eye for poetry and enjoys analysing them, providing his intereptation of poems from the past and present.
Subscribe
8 Comments
Newest
Oldest Most Voted
Inline Feedbacks
View all comments