Shakespeare’s first sonnet, ‘From fairest creatures we desire increase,’ serves to introduce many of the themes which echo through the rest of the collection.

The writer dwells on beauty, virtue, self-consumption, and the passing of human life through time. In particular, Sonnet 1 (as well as many of the other sonnets) includes references to the love the writer holds for an unnamed young man. This young man is elevated above all else and praised.

Not only is Sonnet 1 used to open the general collection of Shakespeare’s shorter poems, but it opens a shorter sequence (or around 17 sonnets) that speaks directly to this young man.

The structure of William Shakespeare‘s poem, Sonnet 1, adheres to the form of Shakespeare’s sonnets.

The first quatrain (four lines) deals with the moral premise. Here, the writer puts forward the idea that beauty should always try to propagate.

In the second quatrain, the subject (the young man) is accused of violating this moral premise and it is suggested that he wastes his beauty on himself rather than spreading it around the world. By the third quatrain, the focus shifts to trying to convince the young man to change his ways, lest his beauty vanishes over time.

The final couplet (the last two lines) sums up the entire argument of the piece, adding an extra plea that the subject should “pity the world” and pass on his beauty in the form of a child.

As ever in Shakespearean sonnets, the lines are written in strict iambic pentameter. This means ten syllables to each line, with syllables being unstressed and stressed alternatively. The rhyme scheme is simple: ABAB, CDCD, EFEF, GH. This structure serves to break up the whole poem into easily digestible sections and makes analysis easier.

From fairest creatures we desire increase,

But as the riper should by time decease,

Shakespeare uses the first four lines to set out his main ideas for Sonnet 1. Each of the lines takes up one particular idea. The first discusses the importance of procreation to humans, the second suggests that this is how we can remain immortal, the third line introduces the threat of time passing, and the fourth sums all of these up by revealing the “tender heir” who is the representation of immortality for his parents, but will, in turn, grow old and pass away.

The idea behind Sonnet 1 is that, if we want to live forever, then the only way is to have children. These children will continue our names long after we pass, while a lack of procreation will lead to a quick demise.

But thou, contracted to thine own bright eyes,

Making a famine where abundance lies,

Thyself thy foe, to thy sweet self too cruel.

As much as the first four lines strive to put forward an idea, the next four show that the subject (the young man) rejects the idea wholeheartedly. Chiding the young man for this approach, for being too self-absorbed, the poet admits that he is still “contracted” to the subject’s “bright eyes” and continues this imagery by suggesting that they are “self-sustainable fuel.” Addressed as “thou,” the subject seems to be only interested in themselves, rather than propagating their incredible beauty.

The narcissistic, destructive approach is condemned by the poet, whose choice of vocabulary takes a negative turn. “Famine” and “cruel” are the word choices when describing the subject’s approach, making it seem as though the young man’s decisions are inherently unhealthy. In all, the poet suggests that the young man is his own worst enemy and does not yet realize the importance of passing on his beauty to the next generation.

Thou that art now the world’s fresh ornament

And only herald to the gaudy spring,

By the time we reach the third quatrain of Sonnet 1, the poet has decided that – while the young man may indeed be beautiful – his subject will eventually lose his good looks. Even though the subject might be the “world’s fresh ornament,” he will only serve to “herald the gaudy spring.”

Eventually, his beauty will fade and, if he does not pass on his beauty to the next generation, then he will be left with nothing. “Bud” in this context calls back to the rose talked about in the second line. An enduring image of perfection, the rose is a metaphor for the idea of beauty. It blooms, is appreciated, and then fades away. Unless it passes on its genes to the next generation in the form of a “bud,” then the world will never again be able to enjoy the aesthetic quality of this particular rose. So, then, the rose becomes a warning, threatening the young man with the idea that he might wither and die himself.

Pity the world, or else this glutton be,

To eat the world’s due, by the grave and thee.

During the final two lines, the poet throws the concern open to the wider world. He encourages the subject to not just have sympathy for himself or for the poet, but that he should “pity the world.” The gluttonous grave, he threatens, will eat up the beauty of the young man and it would be selfish to rob such a thing from the rest of the world. There’s a continuing sense of injustice about the loss of propagation. The idea of the famine from the previous quatrain is referenced again, with “glutton” and “eat the world’s due” both bringing food metaphors into the piece.

Throughout the piece, the poet accuses the subject of hoarding all of the youthful beauty for himself. This is greedy, he suggests, and selfish. It robs not only the poet of the chance to appreciate enduring beauty, but is a slight against the entire world. The constant hunger metaphors seem to speak of the craving that the poet has for the subject, while the traditional use of the sonnet – a love poem – brings into question the motivation of Shakespeare in writing the piece.

As seen in the other poems, Sonnet 1 serves to introduce the core concepts that concern Shakespeare’s shorter works. Beauty, love, and the passage of time are all ideas that will be dwelled upon and modified as we journey through the rest of the collection. 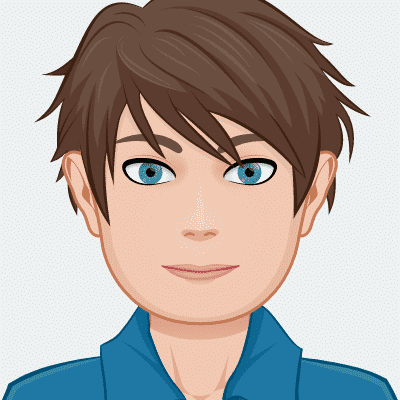 Huw has a keen eye for poetry after studying English Literature, Creative Writing, and Film up to a post graduate level. He joined the Poem Analysis team back in November 2015 to analyse poetry from the past and present.
Subscribe
13 Comments
Newest
Oldest Most Voted
Inline Feedbacks
View all comments