‘Telephone Conversation’ is a poem written by Wole Soyinka, a renowned African writer in English. The poem exposes the presence of racial discrimination at the individual level in society even after the passing of laws against it.

The poem is a conversation between a white woman and a black man over the telephone. The poet can capture the essence of human interaction across racial differences. This piece of literature becomes significant as it presents both the attitude of the white woman towards black people and the black man’s anger towards discrimination.

‘Telephone Conversation‘, as the title suggests, is a conversation over the telephone. It is between a black man seeking a room for rent, and a white landlady who had advertised such an offer. Over the conversation, the hypocritical nature of the landlady as a racist is brought to light.

An African man is looking for a room to rent, and he finds an advertisement in a newspaper. The ad says that there is no problem with race – white or black. As the man had bitter experiences with such ads earlier, he makes a telephone call to the landlady from a public telephone booth. He tells the lady that he is a black man and asks if it is acceptable. The lady hesitates for a while; she wants to know if he is completely black or half black. When the man says that he is not completely black because his palms and soles are white. The lady goes silent and hangs the phone even though the man pleads her to at least meet him in person to see for herself if he is totally black.

The poem shows how racial discrimination prevails hidden in the hearts of individuals. Even though there are laws against discrimination in the country, they become ineffective if individuals do not change their mindset. The landlady shows double standards. Publicly, she shows that she is not a racist, but privately, she shows her true attitude. The poem also captures the frustration of the black man. He is angered by the double standards of such individuals like the landlady. First, he is angry over the lady’s questions about his exact shade of color. Then, he becomes enraged and sees red all over. But, at the end of the telephone conversation, he is found pleading with the landlady to consider him.

Wole Soyinka’s ‘Telephone Conversation’ is a lyric poem written in free verse. The poem is a dialogue involving a black man and a white woman. The two are indulged in a phone call throughout the poem. The poem to a considerable extent follows the question and answer pattern. That is, the white landlady fires away one question after another and the black man, who is desperate for a place to stay, patiently answers them all. Also, a major chunk of the poem is written in the present tense.

Although ‘Telephone Conversation’ appears to be a short and simple poem, it is layered; and therefore, complex due to the techniques used in it. The techniques used, in terms of the use of language, make the ultimate message of the poem heard loud and clear. It does the same without deviating from its focus and neither does it give room to ambiguity. On one hand, for the most part, Soyinka uses repetition for emphasizing the idea of the practice of racism by the so-called elites. The words “dak” “light” and “red” which are often used in the poem could be cited as examples for repetition used for emphasizing racism. On the other hand, the use of words describing colors and shades serves as a reminder of the prevalence of racism in the white society where everything light and very light represents the upper class, and everything dark and very dark represents the lower class.

The price seemed reasonable, location
Indifferent. The landlady swore she lived
Off premises. Nothing remained
But self-confession. ‘Madam,’ I warned,
‘I hate a wasted journey—I am African.’

Telephone Conversation in the first five lines brings up the issue of race. A black man who is looking for a room for rent finds an offer at a reasonable price in the advertisements. He makes a phone call to the landlady of the property and confesses that he is a black man. The opening line shows that the black man is aware of the double standards. He makes a phone call to confirm if the room is truly available for a black man. It also reveals that the black man has had bitter experiences in the past. He must have believed the ‘no difference’ point in the advertisements and must have approached the landowners. They should have refused him after coming to know that he is black.

Silence. Silenced transmission of
Pressurised good-breeding. Voice, when it came,
(…)
‘HOW DARK ?’… I had not misheard… ‘ARE YOU LIGHT
OR VERY DARK ?’ Button B. Button A. Stench

These lines in the poem, ‘Telephone Conversation,’ describe the reaction of the landlady when she hears the confession. When she comes to know that a speaker is a black man, she goes silent. She does not reveal her true dislike and disapproval for black people. The poet says that the lady is like the so-called white people of good breeding. These people call themselves educated and therefore decent. They do not speak out against black people, but they continue to harbor racial prejudice towards black people. The black man can stereotype the white landlady just by hearing her voice over the telephone. He imagines that her lips must be painted red with lipstick, and she must be smoking and using a gold-tinted cigarette lighter. The poet reveals that both white and black people show prejudice because they tend to stereotype people.

The landlady is careful in not using the taboo word, ‘black’. Instead, she asks an indirect question on the degree of darkness. To the black man, it appears as if he is asked to make a choice. He wonders if he should press ‘Button A’, or ‘Button B’ in the telephone dial pad much like he would do to choose a language over an automated call. These lines in the poem expose the hypocritical nature of white individuals in society.

These lines of the poem, ‘Telephone Conversation’ describe the reaction of the black man on hearing the lady’s question. He can smell the bad breath of hypocrisy. White people hide their racial discrimination in public but they practice it in private. The double standard behavior angers the black man. He sees red in his eyes. The telephone booth, the pillars, a bus passing by, all appear red to him. But the black man also agrees that the lady should be considered polite. She was considerate of putting the question gently. However, the black man looks at such racial discrimination as oppressing. He compares it with a double-decker omnibus squelching the black tar on the road.

Considerate she was, varying the emphasis—
‘ARE YOU DARK? OR VERY LIGHT?’ Revelation came.
(…)
“down in my passport.” Silence for spectroscopic
Flight of fancy, till truthfulness changed her accent

Hard on the mouthpiece. ‘WHAT’S THAT?’ conceding
(…)
Are a peroxide blonde. Friction, caused—

These lines of the poem, ‘Telephone Conversation’, shows how the different shades of the black man’s color are being discussed. While the black man says that he is not completely black, the landlady willingly calls brunet as dark. The black man tries to explain that the palms of his hands and the soles of his feet are not black. But the landlady is not ready to listen to him. The black man comes up with a poor excuse for sitting for a long time as the reason for the blackness of his backside. He is even ready to come up with a reason for his black ears. This shows how the black man is desperate to get a room for rent. He is made to apologize for being black. He is forced to endure the shame of his color.

Foolishly madam—by sitting down, has turned
My bottom raven black—One moment madam!’—sensing
Her receiver rearing on the thunderclap
About my ears—‘Madam,’ I pleaded, ‘wouldn’t you rather
See for yourself ?’

The concluding lines of the poem, Telephone Conversation, describes the land lady’s action and the man’s position. On hearing that the man is black, the lady wants to confirm it. On confirming the man’s blackness, the lady hangs the telephone indicating that she is not ready to do business with a black person. The black man confesses that he is an African but he tells that he is not completely black. He describes how some of his body parts are not totally black. As the poem comes to an end, the black man appears to plead for a chance. He asks the landlady to meet him in person before coming to a decision. But the landlady refuses any further dealing with the man, once she confirms that he was black.

In this poem, ‘Telephone Conversation’, Wole Soyinka exposes the prevalence of racial discrimination in society regardless of the stringent laws against it. He brings to light how it is practiced covertly by many white people. He highlights the hypocritical nature of these people in the poem. Through a simple telephone conversation, the poet provides an insightful observation on how the racially discriminating society functions.

There are a few other poems that explore the themes of racism too:

Wole Soyinka is an acclaimed Nigerian poet, essayist, and playwright. He was the recipient of the 1986 Nobel Prize for Literature. His famous play The Lion and the Jewel is widely read and prescribed by universities across the world. 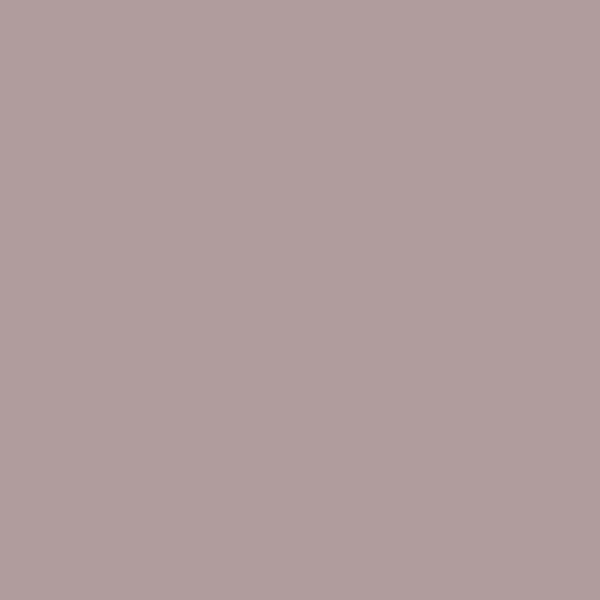 Kevin has a Ph.D. in English and half a decade of experience in teaching literature in Universities. Writing is a passion of his: professional, academic, and creative. He loves reading poetry, more so to critically analyze them. Kevin enjoys a special sense of accomplishment whenever he completes a literary analysis.
Subscribe
12 Comments
Newest
Oldest Most Voted
Inline Feedbacks
View all comments