The Irish poet Francis Ledwidge (1887-1917) wrote Lament for Thomas MacDonagh for his friend, fellow Irish poet Thomas MacDonagh (1878-1916), who was executed on May 3, 1916, for his role in the Easter Rising. Both poets were part of the literary scene in Dublin, Ireland that included William Butler Yeats and Ledwidge’s wealthy patron Lord Dunsany (1878-1957).

A lament is a song of grief for the dead. It is an old poetic form, with roots in a religious ritual. The Book of Lamentations, for example, is one of the books of the Old Testament. In Irish, there are several great lamentations, such as “Lament for Owen Roe O’Neill,” “The Hag of Beare,” and “Lament for Art O’Leary.”

The rhyme scheme of Lament for Thomas MacDonagh is Xaba bcXc Xbab and the meter is iambic tetrameter. The last word of the first line in each stanza rhymes with the middle word of the second line of each stanza: 1) cry/sky, 2) blows/snows, and 3) moor/poor. In stanzas two and three, Ledwidge repeats this pattern with the third and fourth lines: cup/upset, morn/horn.

Ledwidge makes use of “eye rhyme,” in the poem, a form of writing where two words look as though they should rhyme, even though they do not. An example is “cow” and “low” in stanza three. In the first stanza “sweeter birds” contains elements of the word “bittern” (bi-, -ter) and the false rhymes of “wailing” and “rain.”

The Easter Rising was often called a poet’s rebellion because so many of the organizers were writers, such as Thomas MacDonagh. Similarly, Francis Ledwidge’s poem blends natural imagery with political sentiments. Lament for Thomas MacDonagh explores the theme of rebirth throughout, bringing in images of springtime, the Christian resurrection, and political renewal. Significantly, by the end of the poem the “wild skies” have turned to “pleasant meads.”

Analysis of Lament for Thomas MacDonagh

He shall not hear the bittern cry

In the wild sky where he is lain

Nor voices of the sweeter birds

Above the wailing of the rain.

Lament for Thomas MacDonagh is composed of 12 lines divided into 3 stanzas. The first two stanzas use the word “nor” to indicate what MacDonagh will be missing now that he is dead. The last stanza uses “and” to set a more hopeful tone.

Lament for Thomas MacDonagh‘s first line references a translation of an old Irish poem An Bunán Buí by Cathal Buí Mac Giolla Ghunna. Thomas MacDonagh’s translation of An Bunán Buí was posthumously published as “The Yellow Bittern” in 1916. “The Yellow Bittern” contains lines that might speak for Ledwidge’s feelings, “Oh! if I had known you were near your death/While my breath held out I’d have run to you.” The first line of Ledwidge’s poem, “He shall not hear the bittern cry,” could be read as if MacDonagh cannot hear Ledwidge’s own bitter cry at the cruelty of his death.

Bitterns are marsh birds. There are several marshes (or “bogs”) in the area around Ledwidge’s home in County Meath, and he often recalls them in his poetry. The bittern’s cry is a distinctive “booming,” like the tapping of a drum. Implicitly, Ledwidge introduces the first of several military allusions in the poem by selecting a bird whose call is not like that of “the sweeter birds.”

The “wailing of the rain” reflects the sadness of MacDonagh’s death, with the rain offering a metaphor for tears. In traditional Irish society, the women would “keen,” or wail, as part of the burial ritual.

The syntax of the first two lines can be difficult. The bittern cries as it circles “in the wild sky.” MacDonagh, however, “shall not hear the bittern cry . . . where he is lain.” MacDonagh was buried in the heart of the city of Dublin, far away from his native County Tipperary. He was buried early in the morning, and there were no funerals or keening women at his graveside.

Nor shall he know when loud March blows

Blowing to flame the golden cup

Of many an upset daffodil.

In the second stanza, Ledwidge develops the military allusions by comparing the natural imagery of the stormy month of March to a military “march” of troops with a “fanfare” accompanying them. He is referencing the rebels, the Irish Volunteers, who were the leaders of the Easter Rising, and elevating them in status to a force that the English will eventually need to reckon with.

At the same time, Ledwidge is invoking the rebirth of the daffodil in spring. The daffodil is one of the first flowers to bloom after the cold winter and snow. In poetic language, the resurgence of flowers in springtime often connotes the Christian rebirth of the spirit into eternal life. Ledwidge’s Catholic upbringing would suggest that he is using Christian imagery in the poem, particularly when he implicitly connects the daffodil’s flower to the “golden” communion cup. The Easter Rising was specifically timed and promoted as a rebirth of Irish Catholic independence by its leader Pádraic Pearse. And therefore, Ledwidge is making use of symbolism that is already part of the language of the rebels’ struggle.

And when the dark cow leaves the moor

And pastures poor with greedy weeds

Lifting her horn in pleasant meads.

The “dark cow” of the final stanza of Lament for Thomas MacDonagh is a symbol for the country of Ireland, taken from some of the old legends that predate Christianity. This is the most political of all the stanzas in the lament. The cow leaves behind “pastures poor with greedy weeds,” just as the citizens of Ireland will leave behind the “greedy” regime of British landownership and regulations. At this time, Ireland was one of the poorest countries in Europe with an exceedingly high infant mortality rate and the city center of Dublin was filled with slums. Close to one-third of the population had died or emigrated from rural areas during the Potato Famine of the previous century (1845-1852). Ledwidge hopes that “Perhaps” MacDonagh will hear Ireland in its new “morning,” or independence day. The ending is optimistic, as the cow lifts its head in a flowering meadow.

Again, Ledwidge mixes military and Christian imagery with the images of nature in the poem. The horn of the cow can be taken to be a military horn, such as those heard during reveille or taps. In addition, the horn references the horn of the archangel Gabriel, the messenger of God.

Thomas MacDonagh was a member of the Irish Republican Brotherhood and the Irish Volunteers, political and paramilitary organizations that were plotting an armed rebellion against British rule over Ireland. With six others, he signed the Proclamation of the Irish Republic in late April 1916. The Proclamation was a manifesto designed to inspire Irish citizens to band together in defiance of the English. It is important to know that, until 1922, Ireland was part of the United Kingdom, subject to the monarchy and governed by the English Parliament.

On Easter Monday, April 24, 1916, MacDonagh and his fellow revolutionaries took over key buildings in Dublin with the intent of severing ties with England. The English quickly responded by sending in the army and for seven days, Dublin was ablaze with gunfire and shelling as the rebels and English army battled. This event has come to be known as the Easter Rising.

Recognizing that they were outnumbered, the rebels surrendered and were imprisoned in Kilmainham Gaol, west of the city center. The signatories of the Proclamation of the Irish Republic were executed by firing squad within a few days of the surrender. MacDonagh was in the first group of three men shot at dawn on May 3, 1916, together with the two leaders of the rebellion, Pádraic Pearse and Thomas Clarke. The bodies were taken in secret to the military chapel at Arbour Hill, Dublin, were they were buried in an unmarked, collective grave. Their deaths caused outrage among the Irish population.

Not only was Ledwidge bitter about his friend’s execution, but also he felt conflicted about his own role as a soldier in the English Army. His political sympathies were with the rebels. The angry tone of the poem is matched by an optimistic, defiant ending.

Francis Ledwidge (1887-1917) was an Irish poet, killed during the First World War (1914-1918). Ledwidge’s parents were farmworkers; his father died when Francis was young, leaving the family in poverty. Ledwidge left school at the age of 13 and took up a series of jobs, such as working in a copper mine and repairing roads.

Around 1911, Ledwidge sent some of his poems to Lord Dunsany (the fantasy writer Edward John Moreton Drax Plunkett, 18th Baron of Dunsany). Only 10 years older than Ledwidge, the writer was impressed and took Ledwidge under his wing, offering him a modest stipend and the use of his library.

In 1914, when England declared war on Germany, Ledwidge signed on to the Royal Inniskilling Fusiliers and became a member of Lord Dunsany’s company. He became a lance corporal and fought in the Dardanelles in 1915, at the Battle of Gallipoli. His first book of poems was published while he was on the Eastern Front, Songs of the Field (1915). After returning to Ireland for a short time, Ledwidge returned to fight near Ypres, Belgium. He was killed on July 31, 1917, when a shell exploded next to him.

Most of Ledwidge’s poems focus on the area around his home in County Meath. They are pastoral and nostalgic. Many of them make use of Celtic legends and language. 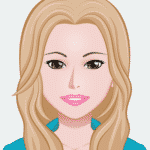 Marguerite was a teacher for various courses, such as writing and literature, until she decided to pursue a career in researching, writing, editing and community engagement. She now has two published research papers, including one on examining text-image relationships in a poetry anthology illustrated by the Irish illustrator Harry Clarke titled The Year’s at the Spring.
Subscribe
2 Comments
Newest
Oldest Most Voted
Inline Feedbacks
View all comments